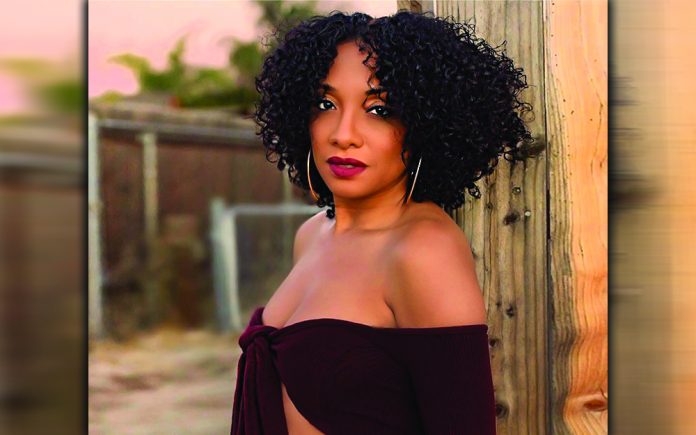 After working with and wowing a who’s who of music icons including Quincy Jones, Stevie Wonder, David Foster, Sergio Mendes, Narada Michael Walden, Rickey Minor, and Dave Koz, Sheléa has earned international recognition and appeal. Known for his eye for spotting new talent, music legend Quincy Jones has called Sheléa one of the greatest artists of her generation. A vocalist, songwriter, pianist, arranger, producer and now, actress!

Sheléa will be starring as Dorinda Clarke-Cole in the highly anticipated biopic about gospel music icons The Clark Sisters. The Lifetime film is produced by Queen Latifah, Missy Elliott and Mary J. Blige and debuts on Easter Sunday 2020.

Sheléa will be performing with David Foster at the McCallum Theatre in Palm Desert, California:

One of the most successful producers in history, 16-time Grammy Award winner David Foster is joined by other special guest artists as well, performing songs from his unparalleled catalog. Popular hits — written for artists including Andrea Bocelli, Michael Bublé, Josh Groban, Olivia Newton-John, Barbra Streisand and many others — include “You’re the Inspiration,” “The Prayer,” “The Glory of Love” and “St. Elmo’s Fire.”

Presented through the generosity of: Paul & Carol Hill and Friends and Edeltraud M. McCarthy

CV Weekly spoke with Sheléa just before Christmas as she was promoting her just released Christmas EP, Don’t Wanna Wait ‘til Christmas.

CVW: You’re originally from California. Where are you living now?

Sheléa: “I was raised in Bakersfield so I’m a California girl through in through and now I’m in Orange County, I’ve been living there for some time now.”

CVW: You’re out supporting the EP and singing the new single, Don’t Wanna Wait ‘til Christmas. What’s it like to have recorded a Christmas album?

Sheléa: “I wrote that song. I’ve been performing it all over. I just performed it at the New York Stock Exchange 96th Annual Christmas Tree Lighting and sang it at the Hollywood Christmas Parade that aired on the CW Network. It’s ironic because I remember wanting to be a recording artist just to release a Christmas album. It took me some time but I finally got it done. The EP is five songs and next year I think I’ll extend it and make it a full-length album with these five songs and add more to it.”

CVW: What was Christmas like for you growing up?

Sheléa: “My dad’s birthday is Christmas Eve so it’s more about family getting together and exchanging gifts. I don’t remember a lot about Santa growing up, I just remember it being a happy time with family.”

CVW: I listened to the EP and some of your past work. Your voice is so remarkable. It’s moving and connects with me in a spiritual sense.

Sheléa: “Thank you. I was just telling someone today it’s such a joy to have found what I love so when it resonates with someone else it’s so rewarding. There are a lot of people who love to sing but it doesn’t necessarily resonate with someone else. And you have the opposite, you have someone who may naturally have this gift but they don’t necessarily enjoy existing in it. I feel blessed that I have found something I love to do and that it’s able to reach other people too.”

CVW: Also, the control you have over your voice is phenomenal. When did you master that control?

Sheléa: “It’s one of those things, I don’t know when it really happened. I feel like my whole life has been preparing for this. That idea that it takes thousands of hours to master something for someone who’s been singing since they were 2 or 3 years old, I definitely have been a master for some time. I grew up in the church using my gift there, I was a musician for my little church in Bakersfield since I was 12 years old, so music has always been such a big part. Ironically enough, I was never in pageants or talent shows or attended performing arts schools; my training ground was the church. People ask me if I’ve had voice lessons and I never have. I’ve had piano lessons growing up. It just came from doing it over and over again. I really do credit the church a lot to just having that very safe environment for me to build myself up vocally and to learn to become intimate with my gift. I’ve done it for so many years, I’m still learning. I’ve never really felt I’ve got to a point where I have made it. I do feel such an intimacy with my instrument even when I’m sick or not feeling 100%, I feel confident that I’m going to be able to find that space because I know what it takes physically to get around some of those vocal obstacles.”

CVW: You have found a home performing here in the Coachella Valley. We’re looking forward to hosting you again. 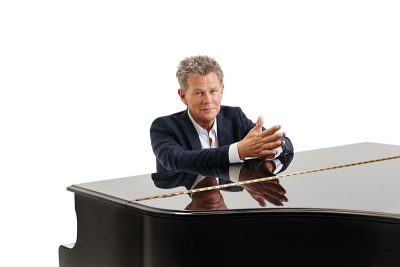 Sheléa: “I’m super excited about it. I was with David last year at McCallum and I did a Christmas show there too with Dave Koz in 2018.”

CVW: Have you had any time in the desert previously?

Sheléa: “A lot of times it’s been while on tour, so I haven’t been able to come out there and do the whole spa day because I love that area. A lot of times it’s just a city on the way to somewhere else. I want to come back when I have nothing to do and just chill.”

CVW: You star in the Lifetime film The Clark Sisters: First Ladies of Gospel. Congratulations on your first film role!

Sheléa: “I’m pinching myself all the time. I don’t know how, right out of the gate I got a starring role. I play Dorinda Clarke-Cole. It’s kind of surreal because I grew up listening to them. So many groups from Detroit, The Clark Sisters, The Winans, Commisioned, all legendary gospel groups that came out of Detroit, there was definitely something in the water. It’s really full circle to now be able to play them. We filmed in Toronto in early 2019, and oh my goodness, the blistering snow, it was pretty intense at times but it was such a rewarding experience for me and to combine singing and acting was a match made in heaven for me and I feel like a great way for me to get turned on to the acting world portraying a singer. Queen Latifah, Mary J. Blige and Missy Elliot are the executive producers. Kelly Rowland just did a movie on Lifetime and during they dropped an extended trailer for the film. She did a whole interview talking about how The Clarke Sisters impacted her and the world so there’s been a lot of buzz about it. The director Christine Swanson has the dream and vision to cast real singers. These days that’s rare whether it’s film or television. There are even moments in the film where we’re singing live in the living room. That’s, to me, the essence of who The Clarke Sisters were and still are today. I think it’s going to be really exciting for the fans to see them portrayed in such an authentic way.”

CVW: Lifetime is a channel geared towards women but has a lot of great content for men too. How do you think people will react to the movie?

Sheléa: “A lot of beautiful synergy. The director and screenwriter are women so there was a lot of great energy surrounding it. I’m hoping the fans will feel all the love that was put into it.”

CVW: Did the Clark sisters participate in the production?

Seléa: “They were involved and came on set. There is a scene they’re in as well. They’re all still singing on an incredibly high level. They’re coming out with new music also.”

Seléa: “I’m hoping that this film will lead to another film because I actually did the catch the acting bug. I didn’t expect to like something even remotely close to singing. Singing will be my first love always, but I did not expect to love it that much. Once I started getting the hang of it, I had a really great acting coach in Jossie Harris. I really enjoyed it. I’m hoping that I will have more opportunities even if it’s not a musical, just to show that acting side. And yes, I’m releasing new music in 2020 as well. The last album I released was a tribute album to Alan and Marilyn Bergman called Pretty World. They are just legendary songwriters who wrote everything from The Way They Were for Barbara Streisand to Nice and Easy for Frank Sinatra. You go to their house and there are Oscars and Golden Globes. They’re the cutest little couple, they’re both in their 90’s. I’ve been doing these classic songs from the American songbook and I love singing those songs and I’m excited to go back to original music that I’ve written. I’ve been working with the incredible songwriter Prince Charlez. We locked ourselves up in a studio for a week and wrote song after song. I’m going to start releasing my singles. At this point in this industry the climate is you don’t necessarily need to do these full-length albums. It’s a singles game so in January or Feb I’m going to start releasing singles leading up to the movie because I want to use that opportunity with all the publicity that will be surrounding that.”

CVW: Your God-given gift is your voice and it provides so much to so many. What would you like to leave behind in your career?

Selèa: “I feel like I’ve been so blessed to know that every musical hero that I grew up loving actually knows who I am and loves me back and that’s one of the best feelings. I want people to remember that I just wanted to bring beauty into the world through music and make music that touched peoples’ hearts and not just to entertain but to resonate with your spirit and your soul whether it made you sad, happy, joyful, hopeful, introspective,  or whatever it was, I made you feel something and it led to clarity or healing.”