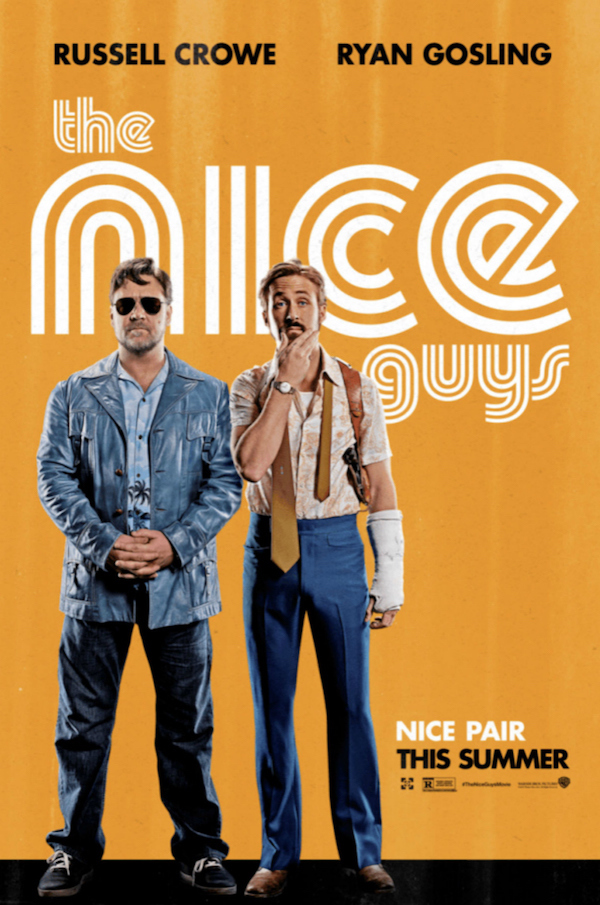 Writer director Shane Black calls on his “Lethal Weapon” muse to invigorate this sleazy, slapstick seventies buddy detective comedy drama about a pair of private eyes who by chance find themselves in the middle of a dangerous conspiracy while investigating the apparent suicide of a popular porn star. There’s a lot of unapologetic vintage Abbot & Costello DNA in the physical interplay between the two leads. Some of it works. A lot does not. The LA seventies vibe is upfront in the curvy striped hot pink opening credit font, the thumping wa-wa disco tune track and the perfectly nuanced ugly smog effect that permeates the exterior LA views. 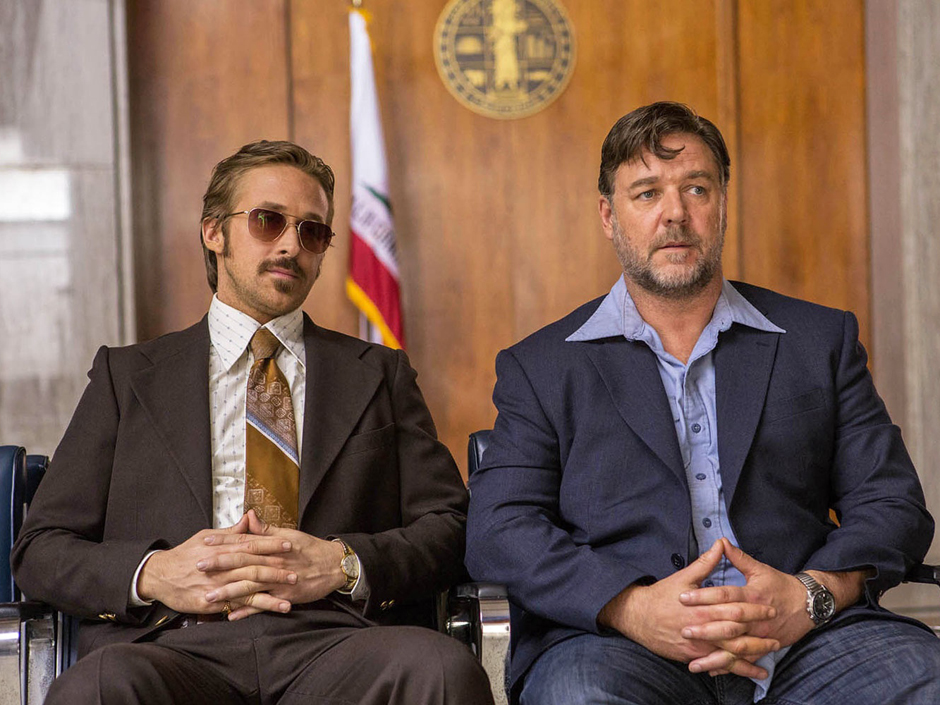 I waited in vain for some onscreen chemistry between Crowe and co-star Kim Basinger — remember how good they were in “LA Confidential” The outstanding performance here is from Angourie Rice, the thirteen year-old Australian actress who plays Gosling’s daughter.  She alone makes this movie worth seeing.  Now playing. 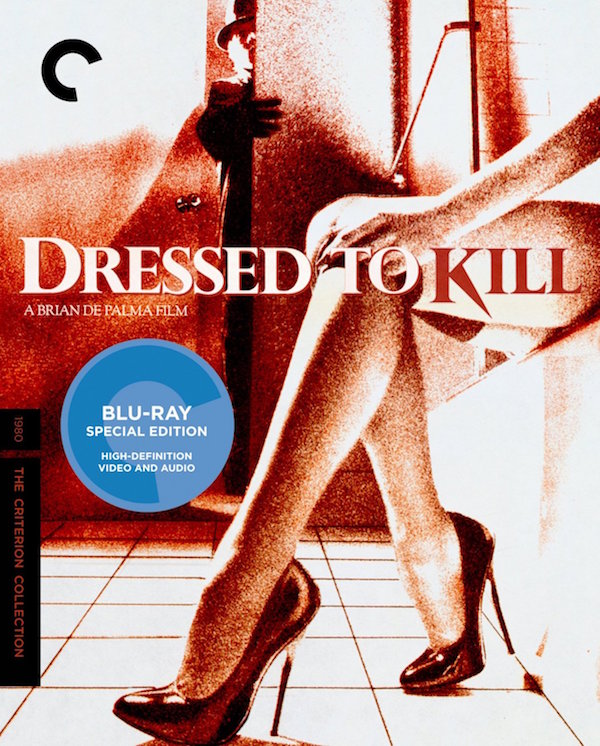 Brian De Palma ascended to the highest ranks of American suspense Filmmaking with his virtuoso, Hitchcockian styled but explicit erotic thriller. Both tongue-in-cheek and scary as hell, Dressed to Kill revolves around the grisly murder of a woman in Manhattan and how her psychiatrist, her brilliant teenage son, and the prostitute who witnessed the crime try to piece together what happened while the killer remains at large. With its masterfully executed scenes of horror, voluptuous camera work, and passionate score, “Dressed to Kill“ is a veritable symphony of terror, enhanced by memorable performances by Angie Dickinson, Michael Caine, and Nancy Allen. This restored 4K digital transfer is director Brian De Palma’s preferred unrated version. It features a crisp uncompressed monaural soundtrack.

A new conversation between De Palma and filmmaker Noah Baumbach New interviews with actor Nancy Allen, producer George Litto, composer Pino Donaggio, shower-scene body double Victoria Lynn Johnson, and poster photographic art director Stephen Sayadian. Also, a 2001 documentary on the making of “Dressed to Kill.” I liked the bit about the different versions of the film and the cuts made to avoid an X rating.  Criterion.  Blu-ray. 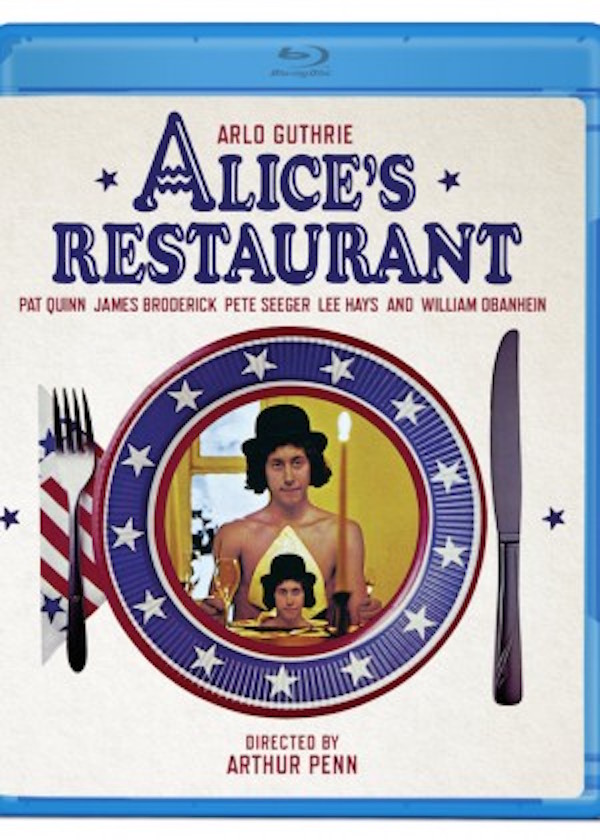 Singer/songwriter Arlo Guthrie stars in writer-director Arthur Penn’s free-flowing, free-wheeling, counter-culture comedy set during the turbulent 60’s as adapted from Guthrie’s musical monologue Alice’s Restaurant Massacre. Guthrie himself portrays a young man who sees his life unraveling through a psychedelic drug -fueled haze, as he and his friends (and the plot) spin toward an explosive conclusion.  Alice’s Restaurant also features musician Pete Seeger as Himself.  Olive Films.  Blu-ray. 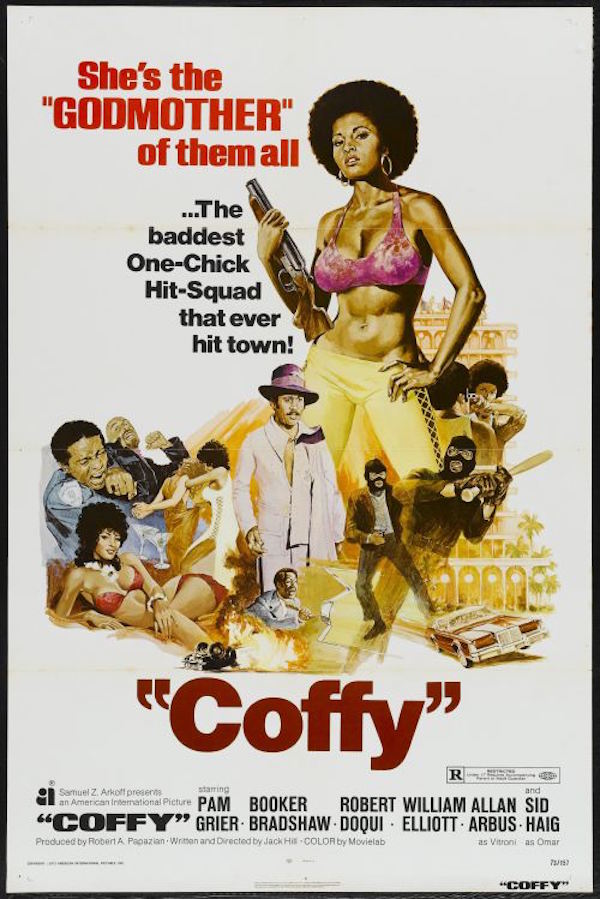 Voluptuous Pam Grier (Foxy Brown, Jackie Brown) stars as Nurse “Coffy” Coffin in the mother of all Blaxploitation films.  Coffy is a one-woman vigilante force, out to even the score with those that have hooked her sister on drugs. Using her feminine wiles (along with more traditional deadly weaponry), Coffy is determined to rid the hood of low-life drug dealers, pimps, deviants and society’s scum in this kick-ass action film. Writer director Jack Hill (Foxy Brown, Switchblade Sisters) pulls out all the stops in this fun 70’s action flick that’s new on Blu-ray.  Olive Films. 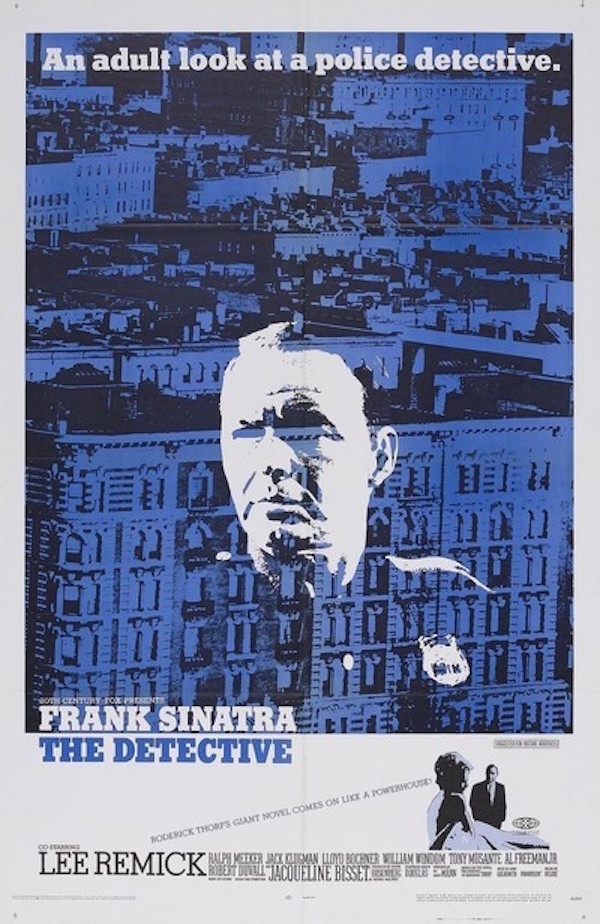 Frank Sinatra stars in this adult thriller about a no-nonsense cop wrapped up in a disturbing homicide case even as he attempts to deal with the disintegration of his marriage to wife Karen (Lee Remick).  Complicating matters is his new relationship with the wife (Jacqueline Bisset) of another murder victim.  Abby Mann’s taut screenplay is based on the novel by Roderick Thorp. Jerry Goldsmith wrote the score (it’s available on an isolated track. This edition is limited to only 3,000 units. For more info check screenarchives.com. Twilight Time Movies.  Blu-ray.