It is far too hot to write a serious article this week.

What does this mean to you?  It means that you will be getting a series of humorous and factual tidbits.  If you memorize all of these facts, you can be the hit of any barbecue, pool party or other gathering that you may attend during these hot days of summer in the Coachella Valley.  Here goes:

According to a study by Dr. Satoshi Kanazawa of the London School of Economics, men who cheat on their partners have lower IQs.  Meanwhile, people with ring fingers that are longer than their middle fingers are more likely to be interested in casual sex.  In a completely unrelated fact, there is a type of fish called a “Slippery Dick”. 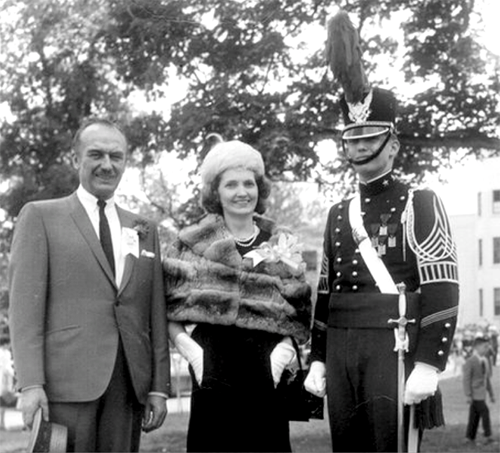 While contemplating halichoeres bivittatuses (Slippery Dicks), did you know that Donald Trump was moved to the New York Military Academy by his parents as a kid as he would often get in trouble.  It’s hard to believe, I know.

In thinking of all things presidential, the U.S. government spent $277,000 on pickle research during the first year of the Clinton Administration.  They failed to research cigars though.

New York’s Skidmore College offers a class studying and researching the sociology of Miley Cyrus.  It’s time to take Skidmore off of the list of potential colleges for our kids and grandkids.

If you plan on visiting New York City this summer as well as spending time at the beach, you should know that you are ten times more likely to be bitten by a human than a shark.

Did you know that male kangaroos flex their muscles to impress the female kangaroos while a group of pandas is called an embarrassment?  Now you know!

Seventy-five percent of all people who marry their partners from an affair eventually get a divorce while 50% of all female homicides are committed by their partner.  As a side-note, more serial killers are born in November than any other month….speaking of which, James Cameron has said that he initially intended to use O.J. Simpson for the Arnold Schwarzenegger role in “Terminator” but did not think that O.J. was convincing as a killer.  Boy, was he wrong!

A French study found that men who like spicy food have higher testosterone levels than their cohorts who like mild food.  Meanwhile, the New Hampshire State Lottery issued a scratch and sniff lottery ticket that smelled of bacon.

While I’m not sure if this qualifies as red or white meat, a pound of houseflies contain more protein than a pound of beef.  Anyone interested in a McFly?

If that didn’t gross you out, did you know that your mobile phone has nearly 20x the bacteria as a toilet seat while all of the bacteria in your body weighs four pounds.

In closing, some have some pretty odd names.  As examples, Canaan Banana was the first president of Zimbabwe, New Zealand has a resident named Angus Pattie and the 1950s produced NASCAR driver Dick Passwater.  There are actually men walking amongst us named Bud Light, Phat Ho and the ever lovable Van Lullen whose Belgian name translated means ‘From Cocks’.

One last thing – if you are the guy at the gym who chews on his upper denture plate like a mouth piece while working out, please stop.  To have to see it pointing upwards from your mouth while you ride the recumbent bike is disturbing…and funny.

And to those of you who know drivers who drive at half the speed limit in the passing lane or stop at green lights, please think seriously about helping to get them off of the road and giving up their licenses…or following driving rules…I’m good with either.

Haddon Libby is Managing Partner of Winslow Drake, an investment management and advisory firm and can be reached at hlibby@winslowdrake.com.