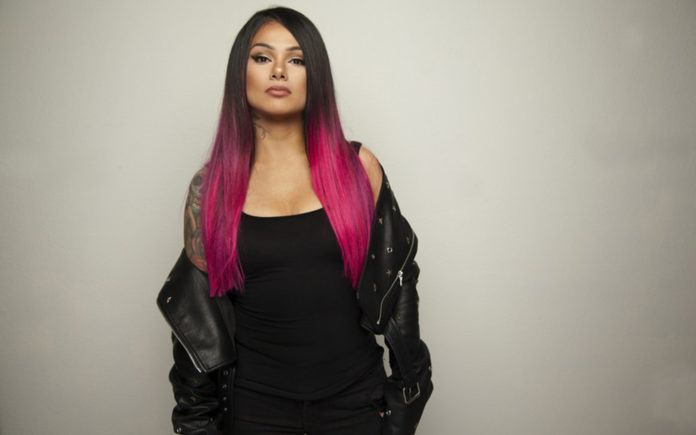 For those of us who pay attention, it may often seem as though the current requirements for a female rapper to become successful in America, involve being somewhat of a caricature. I remember looking up to female emcees such as Queen Latifah, Da Brat and Salt & Peppa, who are dynamic, world-changing artists who radiated both beauty and strength. They were also relatable in the sense that the average young lady could look up to them and feel their innate realness while absorbing a message of feminine empowerment. Claudia Feliciano, AKA, Snow da Product, brings those qualities to the table and more. 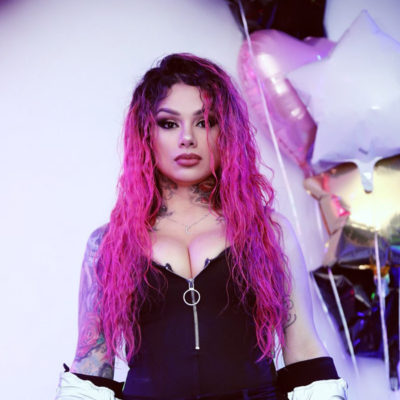 Releasing her first album in 2011, San Jose native, Snow tha Product, has kept her nose to the grind, honing her mad skills while continuously pushing and striving for greatness. Her beauty, grace, brains, charm, skills and no-nonsense approach to everything has been slowly and surely carving her place in the world of hip-hop as one of the most badass female emcees to come out of the US. In addition, her message of female empowerment and mutual support for one another is not only a breath of fresh air, but a crucial part of who she is and what she stands for as an artist. That being said, I was beyond thrilled to have the opportunity to sit down with Snow and her lovely fiance, JuJu, before her recent performance last weekend at the grand opening of The 420 Oasis Cannabis Dispensary in Palm Springs.

CV Weekly: So I knew you grew up around music and your first experiences around it were with your Grandfather’s Mariachi band?

Snow: “Yes, I was originally a singer and always did so in Spanish, of course, which is a huge part of my identity and who I am and I will always be proud of that. That’s why it’s just been a natural thing to incorporate those aspects into my music. Recently, when I have been able to visit with my grandfather, it’s an incredible feeling for me to hear him express how extremely proud he is of me to be able to tour all over the place making music for a living and bringing in my loyal people; the friends and family who have believed in me from the start. This was something that he always dreamed of and now I am able to live it.”

CV Weekly: I know you have an 8 year-old son, Drew, and you were a relatively young girl with dreams and aspirations before he came along. Was there ever a point where you thought that you might have to choose between motherhood and a career in music?

Snow: “Yeah, for sure. When I first became pregnant, there was a moment where I thought to myself that this was it and my future was going to be defined by me being a mother. That mentality didn’t last long. It was quite the opposite. I finally got it into my head that because I was going to be a mother I had to make this happen. It ended up making me focus on my career more than ever. No more messing around because this has to happen.”

CV Weekly: Speaking of family….Congratulations on your recent engagement! Are you ladies currently wedding planning?

Snow: “With the constant touring? No, not currently! It was really about solidifying what we have and making a statement about it. Everything else will come in due time.”

CV Weekly: Whenever I get the chance to interview an artist who has earned a certain caliber of success such as yourself, I always like to ask them, ‘If you could go back in time and talk to a very young version of yourself and give yourself advice on the music business, what would you say?’”

Snow: (Hesitates thoughtfully…) “Don’t trust anyone. Or at least be very careful who you choose to trust, choose to work with, and generally bring into your circle. I was jerked around and learned some hard lessons. That’s why I surround myself with the people I work with now. Loyalty is everything and trust is precious.”

In addition to her amazing music and videos that can be found on YouTube and all other streaming platforms, you can take endearing glimpses into the life of Snow and her fiancé, JuJu, on their YouTube page, “Everydaydays,” https://www.youtube.com/channel/UC62DsCYR_xWzxeH8ou1WKlg