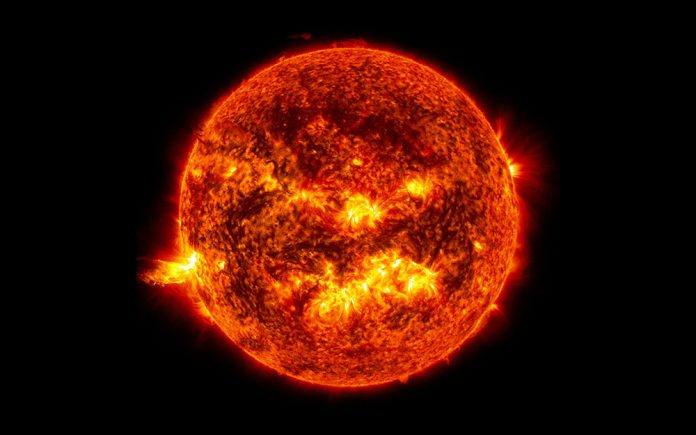 While we have been dealing with the impact of pandemic (along with the occasional earthquake, riot and oppressive heat), the world experienced its strongest solar flare in nearly three years late on Thursday night, May 28th.   While the flare did not cause damage, it did disrupt radio signals for hours.

As the solar flare came at the same time as the George Floyd riots, few people paid attention to the cosmic disturbance.

If you think of solar flares like earthquakes, the late May flare was somewhat like a 3.5 earthquake around here – it is enough to get your attention but nothing of concern on the surface.  Solar flares have a size gauge similar to the Richter scale for earthquakes.  The weakest solar flares are classified as C-class while the strongest are X-class.

While May’s modestly large flare may not be a big deal, it could be a precursor to more ominous electrical disturbances.  As the sun had not had a flare of the magnitude of the May 28th flare in nearly three years, this one may indicate that the sun may be about to enter only its 25th solar cycle in 265 years.

Solar cycles average 11 years in length.  Like high and low tides at the beach, a solar cycle has a higher strength period and a lower strength period.  Some periods are active with flares while others are quiet.

If you think of solar flares like our earthquakes, each new solar cycle brings the chance of the solar equivalent of the Big One.  Scientists estimate that we have a 40% chance of a strong X-class flare in the next 20 years.  If we are entering a new solar cycle, scientists estimate that our most vulnerable period to catastrophic solar flare disruption would be in the 2025 area.  Like earthquakes, solar flares are difficult to spot until after they have occurred.

While a strong X-class solar flare would not kill people directly, people would die due to the failure of many electronic devices.

Most experts believe that a Big One flare would take down many power grids globally.  With the loss of power for weeks or months, challenges related to maintaining food and medicine supplies could challenge us in ways the pandemic has not.

While most experts do not believe that a solar flare would wipe out all electronic devices, it could impact literally any area of our lives.

If you look in your home for items that could be rendered useless after a flare, the computer that you are reading this article on would become your new doorstopper.  Your cell phone would also become a brick.  Could an electronic car like the Tesla be rendered as worthless as your iPhone?  What about your thumb drives with family pictures?

As electronics would be down, you would need to use old-fashioned analog devices like televisions with bunny ears and transistor radios.  Devices with thermostats could be fried meaning that refrigeration and heating systems might not work.

How is one to prepare for such catastrophe?  Large stores of non-perishable food and water are a good start.  Candles would be a useful option while the power grid is down.

If you want to try and protect your most important electronic devices from the electromagnetic fields that could damage, consider buying or building a Faraday cage as these enclosures protect the devices inside from the electrical discharges of the solar flare.  Faraday cages are lined with a metallic sheeting to protect the contents inside from harmful electromagnetic fields that can damage or wipe devices.

As we move to a world where we are increasingly reliant on technology, something as seemingly innocent as a strong solar flare could cause more damage to society than a pandemic.  While we have not had an X-class solar flare since 1859, it is an ever-present possibility that we should increasingly prepare for over the next few years.