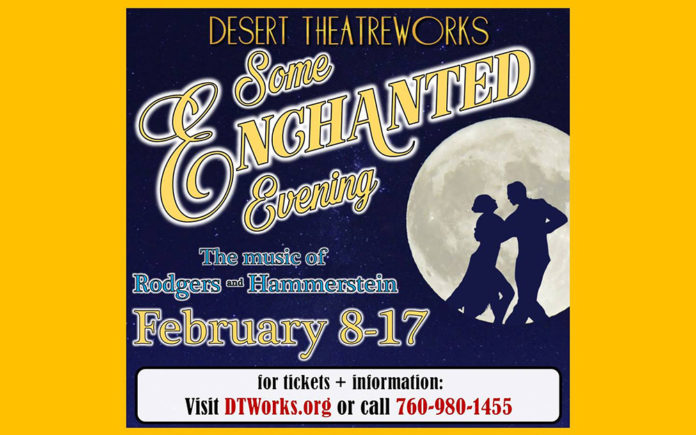 There are few legendary artists who successfully survive the brutal and fickeled hands of time, but the works of Rodgers and Hammerstein have survived and thrived decades after the artists deaths.  These two men were the innovators of the musicals that claimed Broadway stages, films and popular music for the first half of the twentieth century.  Classics such as “Oklahoma,” “The Sound of Music,” “The King and I,” to name a few.  And such incredible songs as “Climb Ev’ry Mountain,” “I’m Gonna Wash That Man Right Out-a My Hair,” “Oh What a Beautiful Mornin’,”  “Sixteen Going On Seventeen,” “Getting To Know You,” and of course the show title “Some Enchanted Evening,” amongst many other amazing songs that will continue to play in your head, long after the show is over. This dynamic duo won Thirty-four Tony Awards, Fifteen Academy Awards, a Pulitzer Prize and two Grammy Awards.

So it leaves little wonder that a collection of Rodgers and Hamerstein’s greatest songs under the umbrella title, “Some Enchanted Evening,” would fill every seat in the house.  Desert Theatreworks, created and operated by another dynamic duo, Lance and Ron Phillips-Martinez, are now in their sixth season of presenting quality theatre for the community and family audiences.

“Some Enchanted Evening,” is a night of pure musical enjoyment and fulfillment.  With Phil Murphy’s magical lighting design against a backdrop of stars and angelic light, the show featured singers Mark Almy, Lisa Diaz, Ryan Holmes, Stephanie Jauregui and Haley Rose Whitehead belting out the tunes from so many of the Broadway shows that made Rodgers and Hammerstein household names.  Each singer not only brought a beautiful melodic sound to the stage, but the blending of their voices together as an ensemble, added rich and full harmony to Rodgers and Hammersteins iconic songs.

Karen Schmitt’s, direction seamlessly moved the performers around the stage as if the floor was made of ice and the singers were Olympian skaters. Musical Director Douglas Wilson and pianist Kurt Kelly, accompanied the presentations on duel pianos and left no doubt that this show could only be defined as a class Act.  Michelle Mendoza’s costumes of white tuxedos and floor length evening gowns were sweet icing on this delicious production.

Some Enchanted Evening is appropriate for family members of all ages and can be seen through February 17th, at The Indio Performing Arts Center, located at 45175 Fargo Street, Indio, CA.