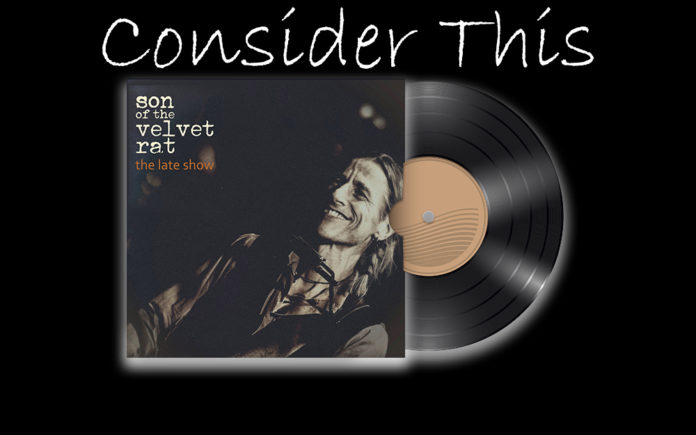 Live records can sometimes be a dicey proposition. Back in the ‘60s, Rock N’ Roll was just hitting puberty when the British Invasion hit. Most people in the music business cynically assumed Rock would be a short-lived fad, so live records were an easy cash grab. Shoddily produced, sometimes technically not even really “live,” they featured canned fan hysteria that often times overshadowed the music. Albums like The Beach Boys Live, Got Live If You Want It from the Rolling Stones and Live At Kelvin Hall from the Kinks flooded the market place. Eagerly snapped up by fans waiting for their favorite band’s next studio release, they quickly earned a reputation for crap production values and dodgy sound quality.

That all changed in the mid ‘70s when Peter Frampton, (then a relatively unknown ex-guitarist for British bands like the Herdsman and Humble Pie), released Frampton Comes Alive. It debuted on the Billboard charts at #191, four months later it hit #1, where it stayed for 10 weeks. It spawned three (live) hit singles, a feat unheard of at the time and became biggest selling album of 1976. It also confirmed that it was possible to capture a genuine live recording that was artistic and commercially viable.

The success of Frampton Comes Alive signaled a new era for live recordings. Some, like Cheap Trick At Budokan and Under A Blood Red Sky from U2, offered introductions to relatively unknown acts. Artists that thrived on the road like the Grateful Dead, Bruce Springsteen and later Ani Difranco, released sets that highlighted not just their musical prowess, but the intimate rapport they shared with their audience. Meanwhile, collections like Talking Heads’ Stop Making Sense and Nirvana’s Unplugged In New York acted as aural souvenirs. Son Of The Velvet Rat’s new live release, the late show falls into that latter category, spotlighting a triumphant tour that coincides with the band’s 15th anniversary.

Son Of The Velvet Rat is the brain child of Georg Altziebler. The Austrian native received his informal musical education by immersing himself in an array of eclectic musical genres. Along with ‘60s Garage Rock and‘70s Punk, the French Chansons of Jaques Brel and George Brassens managed to cast a spell over Georg. He was also heavily influenced by Dead Moon, the arcane Country Punk band from Portland, Oregon.

After cycling through early groups like Pure Laine and Bloom 5, Georg began a new chapter with Son Of The Velvet Rat, he chose the band’s cryptic sobriquet Hoping it would be both memorable and mysterious, defying expectations. Pretty quickly, artist Heike Binder, whom he had already connected with on a personal level, joined the nascent group on accordion, backing vocals and keys. The most recent line-up includes drummer Muck Willmann and bassist Albrecht Klinger. As they toured the world, their reputation grew. Performing at Hotel Café, one of Los Angeles’ more intimate venues, they came to the attention of Americana Folk-Laureate, Lucinda Williams, who continues to sing their praises.

Since 2003, SOtVR has recorded 10 long-players, as well as four EPs. A few years ago, Georg and Heike left the opulent environs of Austria, for the arid landscape of California’s Mojave desert, landing in the artistic enclave of Joshua Tree. Much like Paris in the ‘20s, or Laurel Canyon in the ‘60s, the small town, set at the edge of the National Monument, has provided respite for any creative type yearning to escape the claustrophobic sprawl of the big city.

The record blossoms tentatively with “Little Flower.” It’s a spare performance, just shadowy acoustic guitar and Georg’s rough-hewn vocals. Heike joins him on the chorus; “I won’t cut you, I won’t pick you, I won’t put you in my pocket and run/And I won’t mind if you shine for everyone.” Of course, a large chunk of the set is devoted to Dorado material. The songs range from the sepia-tinged “Copper Hill,” which lattices woozy harmonica over funeral crepe instrumentation. The original incarnation of the track feels hidden, almost subterranean. But live, it ebbs and flows, attacking and retreating before hitting its musical apogee.

“Sweet Angela” begins with smoky harmonica notes and Georg’s forlorn croon as the band quietly revs in the background. Watching a protest demonstration unfold on television he is immediately captivated; “I can almost smell the pine trees and the diesel, see the black helmets in the summer heat/Ambulance screaming down the Boulevard, fists in the air and marching feet.” But the political becomes personal when he thinks spies an old acquaintance in the crowd. A gauzy dirge, “…Angela” toggles between ennui and anxiety.

“Franklin Avenue” is something of an aural pentimento. The melody is Bluesy and meandering, accented by angular guitars, dazed and phased keys and a pulsating beat. Sometimes sensory perception surpasses memory; “I know I’ve been here before, and I’ve been here with you…It’s like walking down the sidewalk in someone else’s socks and shoes/Remembering the smell of the garbage can, and every little crack in the pavement too.”

The band’s Red Chamber Music album from 2011 is well represented with the aforementioned “Little Flower” as well as “Moment Of Fame” and “Lovesong No 9.” The Spaghetti Western guitar on “Moment…” rides roughshod over shimmery keys and a ramshackle rhythm. The instrumentation perfectly matches the apocalyptic outlaw noir of the lyrics.

“Lovesong…” offers up a dusty chanson replete with creaky accordion, wheezy harmonica, chunky guitar and a stompy beat. Cryptic lyrics crackle with sexual tension. Meanwhile, entendres like “Say that you love me, say I got nothing to hide, with my arms spread and tied on the bed like I’m crucified/And your face down in the blind spot between my thighs” are more single than double.

Other intriguing tracks include the insistent “Do You Love Me” from 2009’s Animals album and the rollicking “Friends With God,” from 2011’s Firedancer, which builds to a suitably fiery crescendo.

The best tracks on the late show are “Another Glass Of Champagne” and “Surfer Joe.” The former is a new-ish cut that revisits an old riff. Barb-wire guitar chords envelope Georg’s growly vocals over a tambourine shake, brittle percussion and sparkly keys. The latter is a tribal cha-cha-cha that simply pulsates with Psychedelic energy.  Swirling keys and rattlesnake percussion anchor the proceedings allowing Georg and Heike to revel in the sweat-soaked enthusiasm of the crowd. The album closes with the tender reverie of “Carry On” from the Dorado album.

Although the record unfurls like one seamless set, the songs were gleaned from three separate shows at the Rhiz, in Vienna, Austria, Scheune in Wrenden, Germany and Studio Venue in Burbank, California. SOtVR’s cinematic sound is amplified by Dominik Krejan on Fender Rhodes, Piano and backing vocals. Drum duties are split between Muck Willmann and Felix Kruger.

Even though their signature sound on record is brooding and hypnotic, live, the band adds new colors and textures to their sonic paint box. The interplay between the performers and the audience feels passionate and palpable. The phrase “you had to be there” simply doesn’t apply in this instance. With the late show it feels like you’re part of the experience.

(Son Of The Velvet Rat have recently returned to their home base of Joshua Tree, following an extensive World tour. They embark on a brief West Coast tour on October 5th, beginning in Los Angeles, wending through Washington, Oregon and Northern California before culminating in a “secret” hometown show in Joshua Tree on October 20th. For further information, contact the band @sonofthevelvetrat.com. Vinyl copies of “Dorado” can be found locally at the Record Alley).