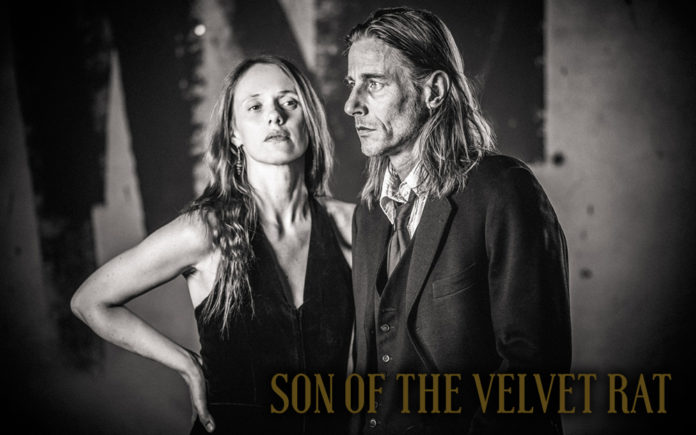 Acclaimed Joshua Tree band, Son Of The Velvet Rat, have recently embarked on a brief California tour before they hit the road in Europe. They will continue to support their most recent album, Dorado, released in early 2017.

The husband and wife duo of Georg Altziebler and Heike Binder-Altziebler met in their native Austria. Georg had already started SOtVR, when Heike, an artist, joined in on keys and vocals. Their music is a potent mix of hypnotic melodies, rich narratives and brooding vocals

All told, the band has recorded eight albums, with Dorado topping many influential Critics’ lists in Austria, the U.K. and the United States. The couple has called Joshua Tree home since 2011. This recent tour began with a show at the ACE Hotel & Swim Club in Palm Springs and includes stops in Monterey, San Diego, San Francisco and Los Angeles at Hotel Café. Their final date is a secret show in Joshua Tree on February 3rd. For further information, contact the band @sonofthevelvetrat.com. Vinyl copies of “Dorado” can be found locally at the Record Alley.