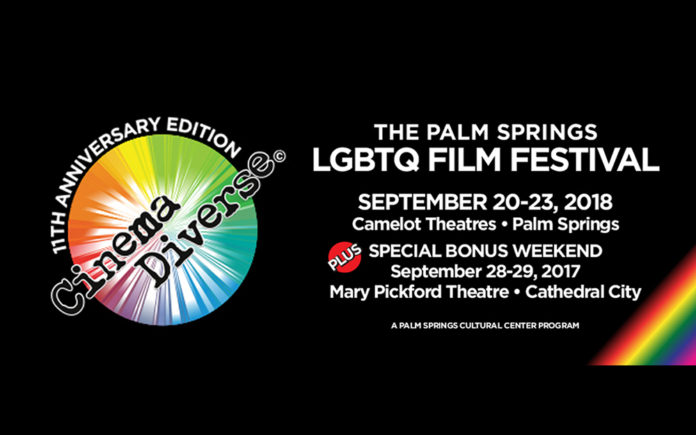 Sept 24, 2018 Palm Springs, CA- Following a successful weekend at the Palm Springs Cultural Center, Cinema Diverse: The Palm Springs LGBTQ Film Festival is hosting a special bonus weekend at the Mary Pickford Theatre in Cathedral City on September 28 and 29.  Several fest favorites from opening weekend will see a second screening as well a suite of new content, filmmakers, and more. Come join us as we celebrate a second great weekend of LGBTQ film. For a complete schedule please visit www.cinemadiverse.org

The following movies are Publisher’s Pick of just a few movies that will screen at Pickford is D’Place Movie theatre in Cathedral City. 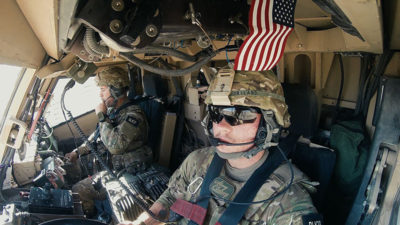 The 2018 SXSW Audience Award-winning feature film debut by Gabriel Silverman & Fiona Dawson, TransMilitary follows the Emmy-nominated short film Transgender, at War and in Love. Around 15,500 transgender people serve in the U.S. military (notably the largest transgender employer in the U.S.), where they must conceal their gender identity because military policies ban their service. TransMilitary chronicles the lives of four individuals defending their country’s freedom while fighting for their own. They put their careers and their families’ livelihoods on the line by coming out as transgender to top brass officials in the Pentagon in hopes of attaining the equal right to serve. The ban was lifted in 2016, but with President Trump now trying to reinstate it, their futures hang in the balance again.

When veteran drag queen Jackie Collins receives a diagnosis with six weeks to live, all he wants to do is perform his long-running act, and behave as if all is normal. But between a surprising new friendship with a rising young queen and unfinished business with his estranged daughter, he may just have the most eventful month and a half of his life. A feel-good film with charm and humor as well as surprising insight into our evolving understanding of gender identity across generations, this marks the first queer film from prolific young British director Jamie Patterson. 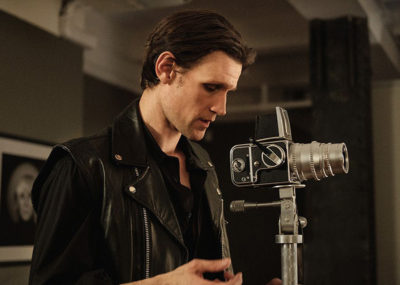 Robert Mapplethorpe is arguably one of the most important artists of the 20th century. Mapplethorpe discovered himself both sexually and artistically in New York City throughout the 70’s and 80’s. The film explores Mapplethorpe’s life from moments before he and Patti Smith moved into the famed Chelsea hotel, home to a world of bohemian chic, where he begins photographing it’s inhabitants and his new found circle of friends including artists and musicians, socialites, film stars, and members of the S&M underground. Mapplethorpe’s work displayed erotisim in a way that had never been examined nor displayed before to the public. The film explores the intersection of his art and his sexuality and his struggle for mainstream recognition. The biopic offers a nuanced portrait of an artist at the height of his craft and of the self-destructive impulses that threaten to undermine it all.