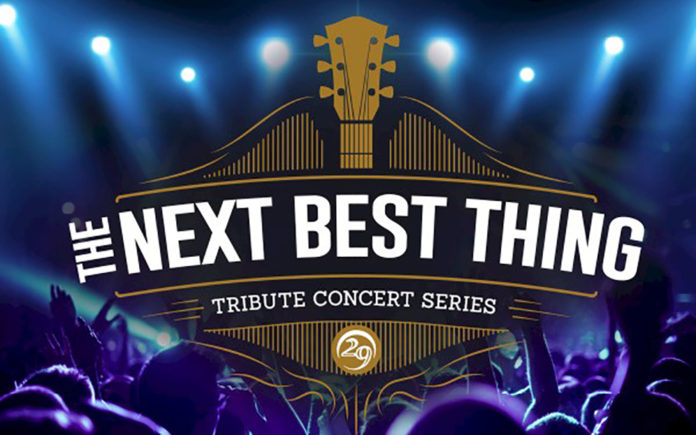 ‘The Next Best Thing’ On Sale Concerts at Casino Box Office, Spotlight29.com

Spotlight 29 Casino is proud to present The Next Best Thing, a Friday night tribute concert series launching January 25th with Queen Nation — A Tribute to the Music of Queen. Tickets are $10, on sale at the Casino Box Office and at Spotlight29.com. Booths are also available for $102, including six seats and a bucket of beer; season passes for the entire series are $75.

All performances start at 8 p.m. in the Spotlight Showroom, which offers the premier entertainment experience in the Coachella Valley. The Next Best Thing schedule is as follows:

January 25th: Queen Nation — A Tribute to the Music of Queen. Formed in 2004, this 90-minute production of the band’s greatest hits (“Bohemian Rhapsody,” “Another One Bites the Dust,” “We Will Rock You”) preserves the image, sound and stage persona of vintage Queen.

February 8th: House of Floyd — The Music of Pink Floyd. San Francisco’s immersive Pink Floyd tribute band focuses on the adventurous live arrangements (“Comfortably Numb,” “Money” and “Another Brick in the Wall”) and sonic explorations of their namesake.

March 1st: Desperado — The Nation’s Premier Eagles Tribute. Founded in 2002 by Aaron Broering, Desperado is one of the best and well-known Eagles tributes in the country, boasting a lineup of five lead singers and multi-instrumentalists. Hits include “Hotel California,” “Life in the Fast Lane” and “I Can’t Tell You Why.”

March 15th: Caravanserai — The Santana Tribute. Now in its 21st year, Caravanserai is the most acclaimed Santana tribute in the country, performing the biggest hits (“Black Magic Woman,” Oye Como Va” and “Evil Ways”) from the band’s classic era.

March 22nd: Bee Gees Gold Featuring John Acosta. Taking on the role of Barry Gibb, Acosta has performed in Bee Gees tributes all over the world with an unrivaled attention to detail on such hits as “Stayin’ Alive,” “Jive Talkin’ ” and “Never Fever.”

March 29th: Moonwalker — The Reflection of Michael Jackson. Featuring live vocals, musicians and dancers, Moonwalker channels the Prince of Pop in an explosion of energetic perfection, featuring such hits as “Beat It,” “Bad” and “Man in the Mirror.”

All attendees must be 21 and up. For more information, visit Spotlight29.com.