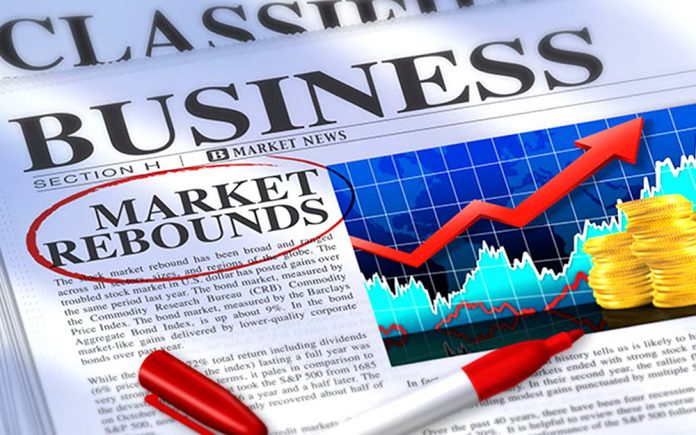 As expected, equity markets rebounded strongly after drifting sideways to down over the last quarter.  More than half of S&P 500 stocks were down more than 20% from their 2021 peaks at the end of September.  The Dow Jones Industrial Average was up 6.4% during October resulting in year-to-date returns of 17% while the S&P 500 was up nearly 8% to 22.6%.

Looking at the various sectors of the equity markets, Energy continued its exceptional run in 2021 as the global economy reopened.  During October alone, Energy stocks which make up only 3% of US equities were up 15% to 60% for the year.

Financials are another area benefitting from a nearly post-COVID world.  Up 6.6% on the month, Financials (15% of US market) are up 31% for the year.

After getting pummeled in 2020, real estate has shown a comeback despite many problems related to the change in work and shopping patterns.  Representing about 4% of the stock market, Real Estate is up 29% on the year and an impressive 8% in October.

Technology stocks which represent 25% of US markets have been top performers for years.  After valuations drifted sideways or downward over the summer, Tech was up 12% to 27% in October.  Tech excludes stocks like Google or Facebook which are in Communications and Amazon which is in Consumer Cyclicals.

The weakest market segment was in bonds.  As rates begin to increase, the value of bonds has begun to decline as investors look for higher returns.  While most of the early increases in rates are shorter in maturity, longer-term rates will adjust higher over time.  Whether it is long-dated bonds or high yield debt, these two areas of the market appear to represent the most downside risk.  As an example, a 0.2% increase in the yield on 10 year Treasuries eliminates one full year of interest from returns.

Looking at the Dow 30, the trailing Price-to-Earnings Ratio (P/E ratio) was 23x at the end of the month.  Stated differently, stocks were valued at 23 years of earnings.  If we compare this with 25.7x from one year ago, you can see that valuations have become more reasonable.  Looking at the forward P/E ratio which uses 2022 earnings estimates, the ratio improves from 22.3x to 18.8x.  What this tells us is that the value of the index is higher than last year, but the cost of the underlying stocks has improved.  Better prices means that the dividend yield has fallen from 2.3% last year to 1.8% for this index.

Negative real rates create a near-perfect financing market for large corporations.  As a reminder, negative real rates occur when the borrowing rate is lower than the inflation rate.  While this negative real rate cycle will not last forever, the Federal Reserve have made it clear that they intend on maintaining a loose monetary policy for longer than most expect.  While the discontinuation of the Fed’s $30 billion/month bond purchase program will lead to higher rates, the Fed have no intent of raising the Fed Funds rate until 2023.

While we can expect a slowing in the economy as oil, food and housing costs impact consumer spending, demand remains stronger than supply globally.  So long as the economic environment is supported by strong demand across the world, it is unlikely that we will see a significant decline in stock valuations.  With additional federal spending expected from infrastructure work, economic conditions are expected to remain strong for equities.

Haddon Libby is the Founder and Chief Investment Officer of Winslow Drake Investment Management.  For more information on their services, please visit www.WinslowDrake.com.