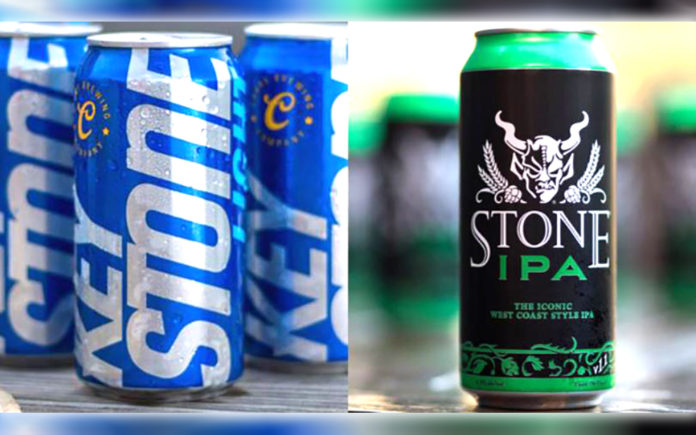 So, HBO has this series called “Last Week with John Oliver,” in which he reviews and commentates on all the world events that’s happened in the past week. He uses humor to inject entertainment into what could otherwise be very boring topics that no one cares about.

Well I completely relate to John Oliver as I also use humor to sugarcoat the potentially clinical topic of craft beer, and I do so on a weekly basis.

When news broke in early February that the Stone Brewing Company of Escondido, CA was suing MillerCoors over trademark infringement, I realized that I’d be a little late to the game when it finally came time to reporting on it.

I also realized copyright infringement lawsuits are completely bland and unfunny to write about. As I run my article through Word review, I’m seriously afraid that Gordon Ramsay is going to burst through my office wall like the Kool-Aid Guy, and start shouting that my article is so dry, NASA sent an exploration rover to study it.

But such is the case that Keystone Light redesigned their cans to say “key” in a small and unassuming font, and “STONE” in a much bolder and more assertive one, allowing those who may not pay attention to details (Stupid people. Let’s just call them what they are; they’re stupid people. They’re all around us, and they don’t even know that they’re stupid) the opportunity to think that they might be drinking a can of “STONE”.

Well not missing an opportunity to get some publicity out of it, Stone Brewing’s co-founder Greg Koch took to the interwebs to first, blast all the breweries who allowed themselves to be bought out by corporations (Lagunitas, Saint Archer, Goose Island, Golden Road, Elysian, Wicked Weed, Ballast Point, and Kona, to name a few of the sellouts in question), and secondly, accuse MillerCoors of trying to obfuscate the masses, and co-opt the name of Stone to cause confusion among buyers.

And if you look at Keystone’s new design, Greg Koch has a pretty good point. Keystone’s new branding and advertising could cause the likelihood of confusion among some buyers (the stupid ones but that’s none of my business *sips tea*).

It’s been no secret that there have been “beer wars” waging for years between breweries to gain shelf space in your grocery stores, and tap handles in your bars. A 2009 documentary of the same name captured the struggle that smaller companies like Stone Brewing, Yuengling, and Dogfish Head had against the oligarchies of AB InBev, and MillerCoors. Although there have been some shifts in the amount of shelf space allocated to craft beer, the battle for your dollars between craft and big beer still wages to this day. 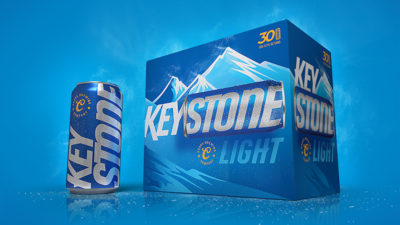 Stone Brewing Co. has been staunchly adamant about keeping that war going, and that’s what led to Greg Koch suing over the use of the word “STONE” on Keystone’s new label. While I personally feel like Koch is just using this as an opportunity to drum up some publicity for his brand, I do believe that his hatred for big beer is also fueling his latest crusade. Legal experts have given their opinions, and they think it’s looking good for Stone.

Business Law strategist David Lizerbram calls it a clear-cut case for the likelihood of confusion caused by the new Keystone can, and he predicts that MillerCoors will have to settle, that the settlement terms will be confidential, and that we’ll see the word “key” become more prominent in redesigned Keystone marketing and branding.

So, how many of you feel asleep reading that? Not every article is gonna be gonzo beer journalism guys! I’ll make up for it next week with some ultra-ridiculousness I promise.