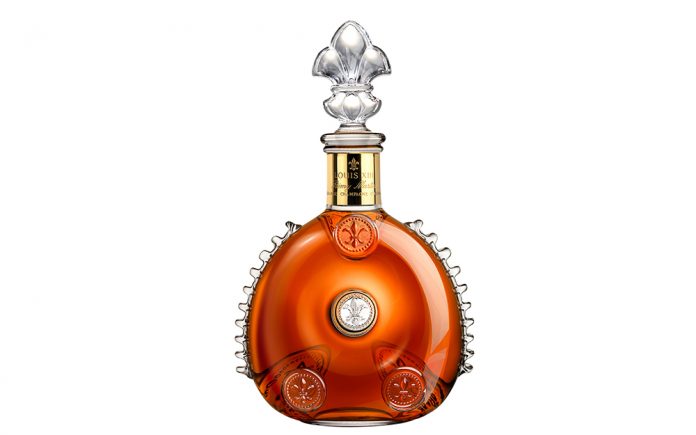 Last week, we re-alerted ourselves to the aromas of autumn. Or, rather we spoke on remembering the particular smells we enjoy in a Fall season wine; the wines we transition to when going from summer Sauv Blancs and Pinot Grige on our way to full-bodied hearty red and white wines of winter.

However, in the month of Halloween, this week we’re turning to a spirit. “But this is a wine column!!”, they jeer. (Please—our gracious publisher Tracy has me on a long leash.) If it makes us feel better, the spirit I’ll be writing on is indeed a “grape” spirit.

If at first it sounds a little off, after all we make vodka from grain and potatoes; rum from sugar cane; Scotch from grain and peat; Tequila from the agave plant, etc., well—what does distilling grape juice get you? The answer of course is brandy. And if your brandy is made from the particular and exclusive area in France, you can call your brandy—Cognac.

Full disclosure: I’m a big, big fan of Cognac—always have been. I remember as a teenager, scientifically experimenting with different “dark spirit” beverages and I found Cognac to be to my preference over the bourbons of America and the rums of the Caribbean. My friend Eddie—a spirits salesman at Total Wines for the last two decades, told me, “Of course you prefer Cognac—you’re a wine guy.”

Anyway—back in the day in Europe, or even further to Biblical times, every population distilled something to drink and enjoy after a full day of work. I love the passage in Scripture where the Lord tells his Chosen, “Hey—get over to Jerusalem for the Passover, but, if things are too difficult to make the journey, then take the money it would have cost you to travel and buy some strong drink and enjoy it prayerfully in your household.” Deut. 14:26 (Please excuse my personal translation—but it’s accurate as to the command.)

Anyway—back in the day throughout Europe, any distilled beverage, i.e., strong drink, was parochially referred to as the “water of life”—of course in their own language. In Poland and around those parts, they shortened the term to simply “water” or in Polish—“vodka”. In French, the term was “Eau de Vie [Oh-duh-Vee]. It’s still used today, along with another term for a distilled fruit beverage—marc. The term “eau(x) de vie is primarily used for grapes; “marc” for other fruits such as apples, pears, etc.

With the French distilling laws, all eaux de vie must be aged in oak barrels for at least one year to be deemed a brandy. For a brandy to be called Cognac, it must be made from specified grape varieties a majority of Ugni Blanc, with small portions of Colombard and Folle Blanche allowed, double-distilled in copper pot stills and aged at least two years in Limousin or Tronçais oak barrels.

As a Cognac lover, through the years I’ve been quite aware of the world-class Cognac brands that exist. And most of us well know the Hennesseys, the Couvoisiers, the Martells and the Rémy Martins that are on the spirits shelves everywhere. Of course, there are less-known Cognac that rates with the best.

One of my favorite stories was when my investigator brought a couple of friends to a fancy dinner so they could meet and consider me to represent them in a major legal proceeding. I was hired that evening; and, they agreed to pay for dinner. With a similar gesture, my investigator “suggested” that I treat the table to an after-dinner drink. Of course, I was all in; my investigator suggested a shot of Louis XIII Cognac; I unwittingly seconded that!

This was back in the late 80s, and although I enjoyed Cognac, I had never experienced Rémy Martin’s premier Cognac: Louis XIII, which is a blend of “1,200 eaux de vie” between 40 and 100 years old, aged in oak barrels that are several hundred years old. A bottle of Louis XIII now goes for around $3800. Back then, maybe around $2500. But back then, a shot of anything costing $125. was almost unheard of. Although my liquor tab was more than the meal—I will say it was one of the best liquors I’ve ever tasted.

Enter now, Rémy Martin V, $40. (pronounced as the letter “v”, not the Roman numeral “five”). The bottle catches one’s attention; a frosty liquor bottle with transparent liquid inside. The label is a chic French silver-gray with a royal red “V” centered. So, at first glance, knowing that the French firm of Rémy Martin produces world class Cognac—one can think perhaps this is a type of Cognac, or is it a fancy type of vodka? Well—with lots of clues above, I think you’ve figured it is, indeed, an eau-de-vie.

The label itself translates “Eau De Vie” as 100% Distilled Grape Spirits. It can’t fall under that brandy appellation as it is not aged. And as for vodka, V has too much flower and fruit to fall into that “odorless, tasteless” category.

The director of Rémy Martin Cognacs and Estates, Vincent Geré, says that the purpose of the clear spirit “is to have an innovative spirit with the potential to mix.” He adds that it is a reaction to nightlife and cocktail culture that has swept America in recent years. “It became clear that we had a role to play.”

Rémy has worked with renowned mixologists to formulate drinks to be made with V, some of which follow. We would also suggest using it in place of gin or vodka in established cocktails, such as the Gimlet, Screwdriver, Martini, and Bloody Mary, or mixed with sodas such as quinine tonic or bitter lemon.