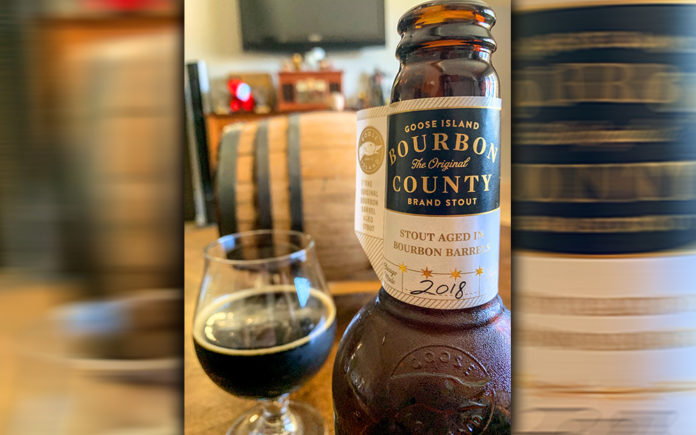 It’s 108 degrees outside as I write this, and it is officially light beer weather. While a lot of light beer tastes like saltine cracker flavored Lacriox, there are other options for you out there, like crisp Kolschs, snappy Goses, fruited wheat beers, and bready pilsners. Even citrusy west coast, and juicy east coast style IPAs are not off the menu in this heat because when you can fry an egg on the sidewalk, it’s pale ale time. But not for me, bro. I’m sitting here drinking a tulip glass of Goose Island’s Bourbon County Imperial Stout. Stouts aren’t just for cold weather, they’re an excellent summertime drink. 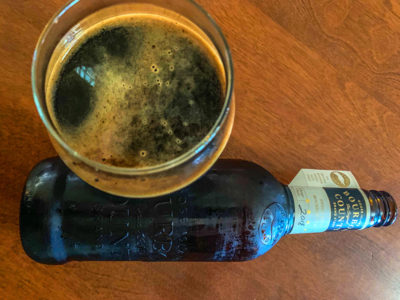 Of course, not everyone has a palate for the rich, deep bass tones of bourbon. Margaritas, Mojitos, and frozen, sugary drinks are the spirit equivalent of shandys, fruited hefeweizens, and imperial pastry sours; easy to appreciate, and full of simple “yummy” flavors. Hell, there’s even a market for alcoholic seltzer water. Whiteclaw was created for people who find the flavors of Miller 64 just a bit too complex to appreciate, and if that is you, then there probably isn’t enough in your kindergarten palate to appreciate the layers of flavor going on in an amber ale, let alone an imperial stout. The same way some folks would choose a cheeseburger over a bowl of beef bourguignon, there’s no accounting for taste.

There are three main reasons why you need to ditch the light lager, and enjoy the richest of stouts this summer:

1) THEY COMPLIMENT YOUR GRILLED FOODS

Whether you’re serving up burgers, dogs, porterhouse steaks or portobello mushrooms, food that’s grilled or smoked all share common flavor components, and those are the flavors that come from caramelizing and browning. And since both flavors are prevalent in dark ales, everything from amber lagers to imperial stouts will compliment your smorgasbord better than a hefeweizen ever could. Amber lagers have toasty notes, while brown ales have strong caramel flavors. Porters have those caramel flavors with some roasty elements, while stouts are firmly roasted and coffee like. Imperial stouts punch all of those caramelized and roasted flavors up to 11, and the bourbon barrel aged varieties add beautifully boozy and oaken elements.

2) SO MUCH FLAVOR TO CHOOSE FROM

The first time I ever tried a Russian Imperial Stout, I thought I was drinking a pint of used motor oil. It was North Coast’s Old Rasputin, an excellent, if not intense stout, and it’s definitely not for beginners (I’ve since grown to love it). Much easier on the palate are milk stouts, sweetened with milk sugar and usually lightly hopped to allow the sweetened breakfast-coffee flavors to shine through. Guinness is the quintessential dry Irish stout that most are familiar with and is the most commercially known stout available. Oatmeal stouts give you a velvety, creamy mouthfeel without any sweetness, while oyster stouts have a subtle brininess that blends surprisingly well with the more robust flavors.

While those are the more traditional stout varieties, there are now many more that are all sort of variations of the Imperial stout. Founders Breakfast Stout adds coffee and chocolate to the traditional oatmeal stout idea and ramps the abv up to 8.3%.

Pastry stouts are the new take on milk stouts, with a shit ton of adjuncts and unfermentable sugars added. Most of them are novel, some of them are terrible, and a few are quite excellent. BOMB! By Prairie Artisan Ales blends coffee, cocoa nibs, vanilla beans, and ancho chilis, and is a very excellent example of the style. At 13% abv, it is a sipper, which is the point of all good things. It’s to be savored.

The other evening, I was enjoying my favorite corporate beer, Coors Banquet, and before you knew it, I had finished 4 cans of the stuff (I was thirsty. Stop judging me). At 149 calories each, I had consumed 596 calories, and could have drank the entire 6-pack easily. The 16 oz bottle of Bourbon County Stout I’m currently enjoying has 567 calories and is rich enough so that I’ve been pouring servings from the bottle, capping it, and putting it back in the fridge over the last 45 minutes. It is a much more satisfying experience than drinking the Coors banquet was, and is much more worthwhile of the extra calories I’m taking in.

So, pick yourself up some stouts this summer, and defy convention with flavor!