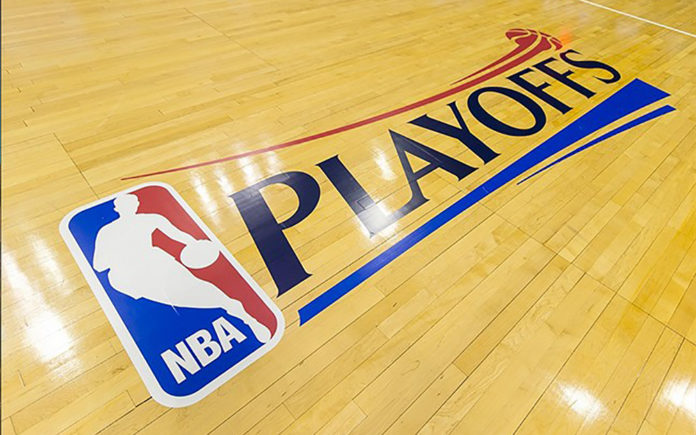 The NBA playoffs got underway this past weekend, and basketball bettors will try to figure out where they might have an edge. The Eastern Conference is seemingly wide open, with LeBron James and Cleveland just the No. 4 seed, while out in the Western Conference, injury-riddled Golden State is suddenly suspect, with some sports books actually lowering the Warriors to the second choice to win it all.

However, Golden State and Cleveland aren’t the chief concerns for most odds makers. I took a look at who sports books are rooting against to win the NBA title, specifically Treasure Island on the Las Vegas Strip; William Hill US in Vegas; and offshore sports book Bovada. What caught my eye; all three books have different favorites.

With Chris Paul joining James Harden in the backcourt, Houston put together a stellar season, posting the best record in the NBA. The Rockets went a stout 65-17 SU (41-40-1 ATS), including an eye-popping 28-1 run from Jan. 28-March 30, a stretch that began with a 17-game winning streak.

Offshore books have big liability on Houston. Bettors pounded the Rockets. Injuries to Golden State left doubt in many bettors’ minds, plus Houston having home court.
Bovada, the largest offshore bookmaker, now has Houston as the favorite to take the NBA title.

They opened the Rockets at 30/1, now they’re even money and are the lowest-priced team. One should note Golden State – which was as much as a -280 favorite – is now the +140 second choice.

Much like Houston, Utah had a phenomenal final 2½ months of the regular season. The Jazz had win streaks of 11 games and nine games while going 29-6 SU in their last 35 outings. That allowed Utah (48-34 SU, 43-39 ATS) to leap from a team that was outside the playoffs to one that nearly nabbed the No. 3 seed before losing on the final night to fall to No. 5.

The Utah Jazz are by far the worst for William Hill, Nevada’s largest sports gaming app and technology provider for the strip properties. The Jazz are infinitely the worst for the offshore position. Most of the liability is at 500/1, 250/1 and 200/1. There’s some big numbers out there where if the Jazz stay hot, could spell doom for the books.

Smaller sports books such as Treasure Island are not rooting for the 76ers; they were 100/1 to open, 80/1 for the first month of the season and 40/1 at the All-Star break. Philadelphia is currently 16/1.
Yep, that same 76ers squad we’ve been making fun of over almost a decade now is a favorite to win it all. Treasure Island also opened Philly 100/1 and is now down to 10/1. That large of a move is uncanny and shows tremendous liability on the books.

There seems to be a trend with young bettors liking the upcoming 76ers. One should note the team’s catchphrase. As bettors are seemingly Bettors do trust the process in Philadelphia.

Oklahoma City had a less-than-stellar first month of the season, despite the additions of Carmelo Anthony and Paul George to go along with the sensational Russell Westbrook. But the Thunder had a solid December among a few strong stretches of play that included an eight-game win streak and two six-game runs.

OKC started 35/1 to open season, and after the Thunder’s subpar start, they climbed to 75/1, but the Thunder are currently 33/1 to win the NBA title. Treasure Island has unusually high liability to Oklahoma City, so much so that a team that opened 50/1 is now at an anomaly-tight 13/2.

That’s huge liability on that particular team as well. They certainly don’t want to take any more action on either the 76ers or Thunder.  The majority of the liability was on three or four big bets which were attributed to regional play that came in from Los Angeles specifically. Bookmaking at Treasure Island on the Thunder is not indicative of what you’d find at other locations but it’s certainly worth noting as you look for sharp action. Lessons from the past told me, “Where smart money goes, mine should follow”. G’Luck and Enjoy the Playoffs.