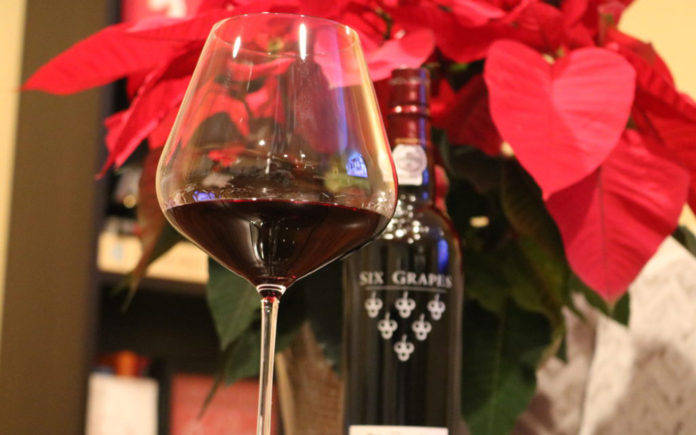 Thank God it’s the holidays where we can throw our dietary regiments out the window and enjoy the feast and festivities!  In moderation—of course!

Last column we talked about the well-aged vintage port and its sumptuous flavors.  Well—the news gets better.  There are other ports in the Portuguese portfolio that will bring on the sweetest notes of the season’s celebrations.

Most wine enthusiasts have heard of ruby ports, tawny ports and late bottled vintage ports, but it gets a little fuzzy when perhaps attempting to explain the differences.  But it’s easy and good to know the distinctions, especially when one wants to quickly grab a bottle from the store to pair the wine with cheeses, chocolates, nuts, soup, a leg of lamb, sweet-lathered charred ribs, or, whatever your sweet little heart desires.

Its different styles derive essentially from the various ways in which it can be aged. Its remarkable ageing potential and the fact that it is fortified with brandy means that Port will continue to improve in cask, vat or bottle for much longer than most other wines. As Port matures, the firm tannins and intense fruity flavors of youth gradually give way to the velvety smoothness and mellow, nuanced character which develop with age in the barrel or in the bottle

It used to be the perfect winter drink, either on its own in front of the fire or to finish a delicious dinner, but with the foodie explosion, the fear is gone and matching some of these complex sweet wines to every part of day and meal, the wine world shares a peaceful harmony with all comers.

You wine nerds are surely impressed that there is said to be up to 52 different grape varieties in its unique blend of Portuguese indigenous grapes. Each grape adds a unique flavor to the blend. For example, Touriga Nacional adds blueberry and vanilla notes, and Touriga Franca adds raspberry and cinnamon notes.

Ruby port is the simpler, fruity, more accessible cousin of the vintage port we spoke of last time. Ruby works for a fast quaff.  It’s becoming popular with the new wave of cocktilians.  How about the St. Valentine: ruby port, white rum, Grand Marnier, and lime juice provides a holiday’s flavor of ripe, round, refreshing punch for the Christmas home & office parties.  It’s a good conversation cocktail where folks attempt to figure the recipe.  It’s good—try it. 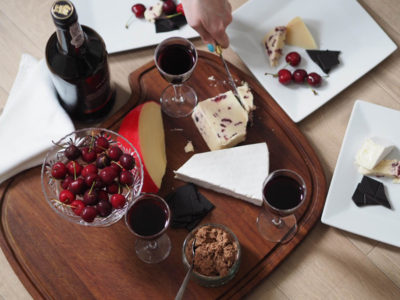 So what’s bakin?  Ruby is a common addition to chocolate cakes, chocolate sauces and even used as a reduction for savory dishes like steak (especially a blue cheese topped steak—should you dare!). You can add the port syrup to recipes, much like one might use balsamic glaze. Port is a great flavorful alternative to brown sugar or maple syrup.

Given its fresh-faced nature, raspberry & black cherry flavors and rich textures, it’s the perfect foil for both sour cherry pie and chocolate ganache truffles.  A well-known higher-end Ruby is the Graham’s Six Grapes Reserve Port.  For a culinary Christmas gift, pair this Grahams with Bourbon Chocolate Chip Pie; no one returns this item.

Tawny port, aged in oak casks to a mellow nuttiness, is best sipped as a dessert wine—or, it’s a great happy hour drink.  A reputable Tawny always comes with an age statement of the average age in the blend.  Many find the 20 year old to be ideal: 10 year old may be a bit too sharp and perhaps simple; while, 30 to 40 year old tawnies are too expensive.  (Ya think?—what would you charge for holding this stuff in a barrel for that long.)  At that age, they lose their vivacity that still enlivens the 20 year stuff.

But hey!—as far as the 30/40 year old stuff, it certainly has its fans; aromas of butterscotch and fine oak wood intensify the longer they spend in wood. An even wider array of subtle flavors including graphite, green peppercorn, hazelnut, almond, and graham cracker are found.

Any chef on earth would be proud to serve the Graham’s 20-Year-Old Tawny with classic French crème brûlée.

The Late Bottle Vintage/LBV—made from grapes harvested in a specific year and then aged for four to six years – is distinguished by its rich unctuous texture.  It’s also lovingly known as “the poor man’s vintage port”.  The more positive slant is that for a fifth of the price, one can almost experience vintage port quality.

Last season, we enjoyed the Quinta das Carvalhas, Late Bottle Vintage, which sells for around $22 at Total Wine & More. I’ll probably get it again this year because it covers the waterfront with its flavors of dark cherry, chocolate and vanilla that pairs great with Cheddar, Roquefort & Stilton cheeses, walnuts, Marcona almonds, chocolate and most desserts.

Often times, full bottles of port are not consumed at one sitting. No problems here: The ruby, LBV, and Vintage ports will stay fresh for up to a month if properly stored and re-capped in the fridge. Your aged Tawny ports, amazingly, can keep for a few months properly refrigerated.  Sweet dreams—Cheers!