HOW TO TRAIN YOUR DRAGON: THE HIDDEN WORLD 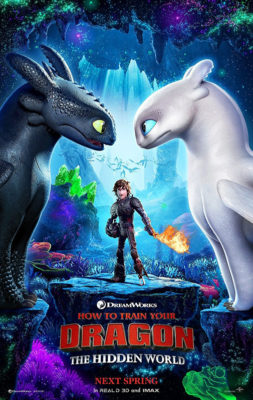 The dragon gang is back in DreamWorks’ culmination of their hugely popular animated franchise.

What began as an unlikely but believable friendship between a young Viking boy and a fearsome Night Fury dragon has become an epic animated trilogy that almost makes 3D a valid and rewarding big screen movie choice.

In this final chapter, Hiccup and Toothless finally discover their true destinies: the village chief as ruler of Berk alongside Astrid, and the dragon as leader of his own kind.

As both ascend to greatness, they face darkest threat they’ve yet encountered — as well as the appearance of a female Night Fury — that will test the bonds of their interspecies relationship like never before. 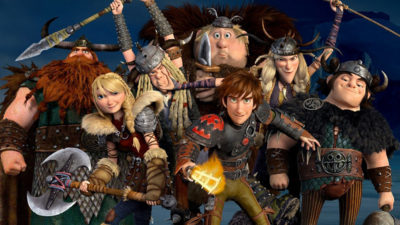 Even though the movie unashamedly recycles plot points and actual scenes from the previous two films, it’s a visually magnificent and surprisingly poignant tour de force that’s a fitting close (?) to the series. 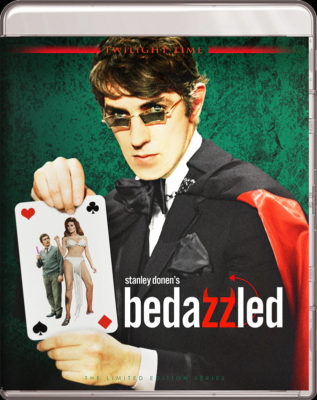 The great director Stanley Donan died of a heart attack at his home in Beverly Hills on February 21.  He was 94.  Finally his beloved comedy classic tantalizes and tempts on hi-def Blu-ray.

Dudley Moore and Peter Cook’s decidedly irreverent Faustian tale of love and lust in mod clothing was much funnier than other British imports of the day.  It combined the absurdity and breezy style of Richard Lester, with the verbal outrageousness and slapstick of the later Peter Sellers.  The lowbrow comedy connected with an Audience on both sides of the Atlantic. 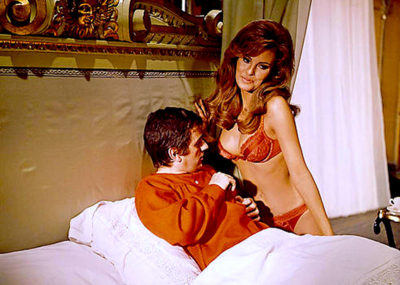 Dudley Moore (who co-wrote the witty screenplay with Cook), plays a Wimpy bar burger-flipper — he’s a short order cook — who is so hopelessly in love with a waitress (Eleanor Bron) that he sells his soul to the devil (Cook) in exchange for seven wishes.  All, of course, goes hilariously wrong, up to and including the brief appearance of Raquel Welch as the perfect incarnation of lust.

You will laugh out loud even if you watch alone.  For more info on this limited edition, only 3,000 units, go to screenarchives.com.  Recommended. 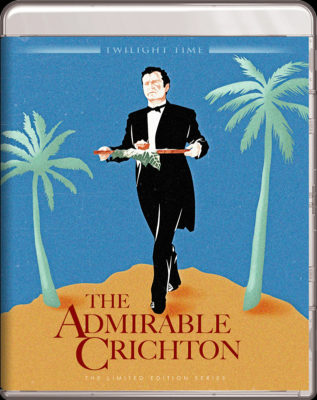 This J. M. Barrie story of an impeccably correct English butler who is suddenly forced by circumstances to take charge when he and his helpless aristocrat employers are stranded on a desert island features a solid star turn by Kenneth More who displays a firmer sense of snob values than his master, stuffy Lord Loam (Cecil Parker)!

Sally Ann Howes is the snooty daughter and Diane Cilento is Tweeny, the adorable, warm-hearted maid.