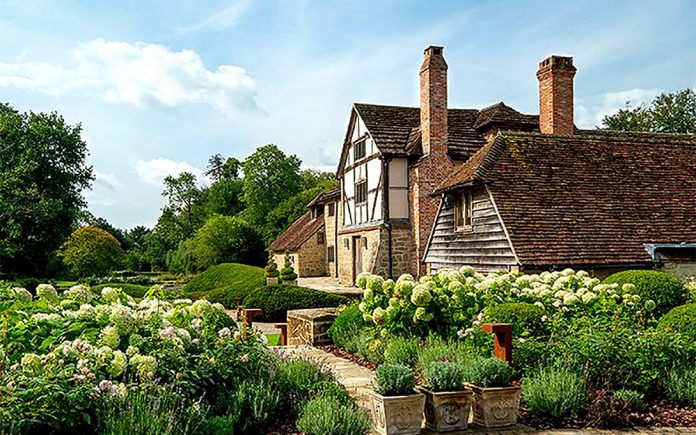 That it has been a tough year thus far is surely an understatement. I know many in the wine world had expected to experience a new slate of fresh vintages to kick off the new decade; instead, a much more sobering experience has affected us all.

Last year in one of our November articles titled, “20/20 Vision Food Pairings”, I thought I’d get in front of the 2020 media drive before everyone wrote on the new decade. Such minor matters these days.

But in the midst of the summertime blues, we can still enjoy some thirst quenching wines to beat the heat. Below is one surprising quaff to take notice of:

For this last Fourth of July celebration—where most of us all partied at home, I was wondering what wine would especially cheer things up. Hmmmm—I thought to myself, thinking inside the envelope, probably a nice Zinfandel, which in some circles is called our own “American Wine” as no other country produces a California Zin. And it goes great with grilled hamburgers.

But thinking outside of the box, it came to mind that I had chilling in my garage fridge, a British Blanc de Blancs sparkling wine from the vineyards in Sussex England. How about that! The irony of celebrating our July 4th with a British sparkler kinda fits the scene of our crazy summer indoors. And further, I don’t think our wine loving revolutionary and Declaration of Independence author Thomas Jefferson would have ever thought a world class champagne-style wine would be produced in England—of all places!

And that’s because back then—and for most of our current history, England was much too cold to produce wine: way above the latitudes of Champagne, France, which sometimes had their own problems keeping their vineyards warm enough to produce classic wine.

But now in the times of energetic global warming, northern Europe is feeling the heat. And now in England, there are over 700 individual vineyards in the British Isles producing over three million bottles of wine last year.

Many of you wine enthusiasts have heard that Queen Elizabeth II had set aside seven or so acres at the Windsor Castle Estate for a vineyard a few years ago, and it’s now producing more than 3,000 bottles, including that of sparkling wine.

I hadn’t heard of the English Nyetimeber Estate generally, nor have many of my California wine drinking friends. But perhaps many of you Anglophiles have. Going on their very entertaining website, nyetimber.com/our-story, we learn that, “its earliest beginnings saw it named in the Domesday Book in 1086, almost 1,000 years ago, when the peaceful valley of Nitimbreha made its first appearance in recorded history. A property owned by King Henry VIII, it’s believed Nitimbreha refers to a newly timbered house or perhaps a small timber plantation. Almost 900 years later, in 1988, the holy trinity of sparkling wine grapes – Chardonnay, Pinot Noir and Pinot Meunier – found a new home in the lee of the South Downs.” 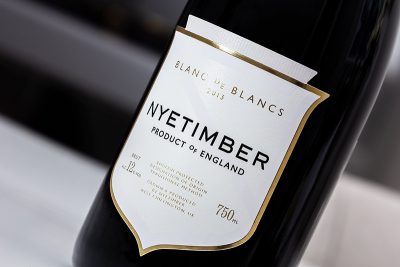 “With its ideal soil and location, Nyetimber had yet to achieve its full potential until Eric Heerema became the Owner and Custodian of Nyetimber in 2006 and he recruited Head Winemakers Cherie Spriggs and Brad Greatrix, who both shared his vision of crafting the finest English sparkling wines. And since then, Nyetimber wines have gone on to achieve global acclaim, winning international awards and blind-tasting competitions, as well as being recognized by some of the world’s most celebrated wine experts.”

“Our vineyards share similar characteristics with the best sparkling wine vineyards in the world. Greensand and chalk soils allow our vines, in each of our separate sites, to flourish across the south of England. The climate here allows for the slow ripening of our grapes, allowing us to achieve the optimum levels of ripeness and acidity, as well as the complexity and finesse for which our exquisite wines are renowned.”

“Spread across several separate sites, our vines are perfectly suited to the greensand and chalk soils of Sussex, Hampshire and Kent. The gentle south-facing slopes allow for the best possible exposure to the English sunshine, ensuring our grapes achieve the optimum level of ripeness before harvest.”

With all of that fanfare, we couldn’t wait to taste and celebrate with a very chilled sparkling wine in the 100+ heat, nor matter where the bubbly was produced! And taste it we did as we were watching Joey Chestnut beat his own record. What a way to knock down a hot dog!

So on the nose, you’ve got that classic combination of English orchard fruit and zesty citrus, with decadent warm pastry tones and hints of nutty complexity. Remember this blanc de blancs wine is 100% Chardonnay, and the aromas show a pure focused core of Chard.

The palate has bright energy in the form of crisp green apple and citrus flavor right up front, but it’s the finesse and softness of the bubbles that win one over to the British sparkle. Medium to full-bodied, racy and precise, but charming as well with pears, apples, mint, white peaches, ginger, saline, and acacia flowers to satisfy every blanc de blancs bubbly lover. A nice light chalky finish as well!

You know this is the good stuff by the fact that it’s a 2013 vintage and just released last year. It’s definitely a pairing for shellfish and seafood, and a great sipper on its own—with perhaps some popcorn on the side. And even though we enjoyed a nice California red wine with our July 4th burgers, the 2013 Nyetimber Blanc de Blancs was one great apéritif. Cheers!