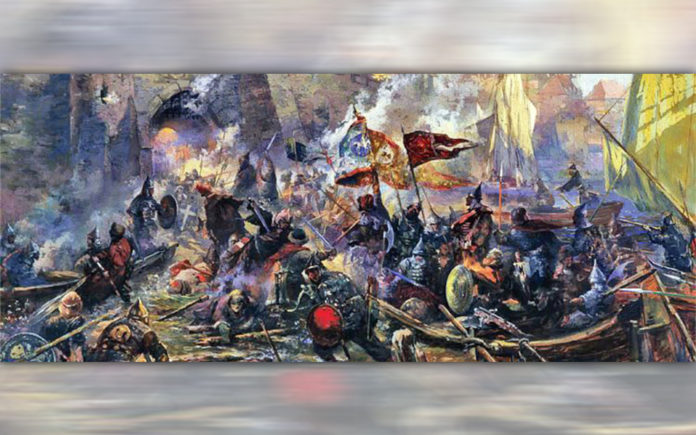 Our final destination on our trip down the Danube is to the beautiful city of Budapest, the capital of Hungary.  I’ve had an appreciation of Hungarian art, culture, and wine for a long time now, only because I became a fan of the classical music of Béla Bartók in my late teens.

For whatever reason wired in my head, I find the dissonance of Bartók’s orchestrations, which melded Hungarian folk music and modern classical to be wildly fascinating.  When movie makers in the Thirties & Forties wanted a music score to accompany their suspense (and horror) stories, they used his stuff.  If you’ve never tuned into Bartok, believe me, if you’ve seen one of those vintage black & white movies, you’ve heard Bartok and/or music influenced by him.

When I began to collect albums of Bartók music—which drenches one in Hungarian folk music itself, well, I went on to enjoy the food & wine of the region as well.  (For those so inclined: Check out Boulez conducts Bartók, Concerto for Orchestra; Issac Stern, Sonatas for violin & piano; and Benny Goodman & Béla Bartók, Mikrokosmos/Contrasts.)

So, ask any wine enthusiast who’s a spectator of the European wine market and you’ll hear, “Budapest is a thrilling city again; Hungary has revived!”  Wine guru Hugh Johnson recently wrote, “For centuries Hungary has had the most distinctive food and wine culture, the most developed native grape varieties and the most refined wine laws and customs of any country east of Germany.

Three particular Hungarian wines I wish to enjoy at the wine taverns or wineries nearby, are the strong acidic Furmint,  the Tokaji—one of the most delicious dessert wines on earth, and, Hungary’s most famous red wine blend, Egri Bikavér, translated as “bull’s blood of Eger”, lovingly known as Bull’s Blood.

So many legends exist about the origin of the name Egri Bikavér [eggree—bee-ka-vere] you could write a book on them. No need to here, I’ll just write the story in this column.  Indeed, it is one of the most colorful wine stories around, both figuratively—and literally!

Well into the 1500s, the Ottoman Empire, also referred to as the Turks, was on the heels of Eastern Europe, the Bohemian-Hungarian empire.  They were on a quest to take over as much land as they could and take control of the Danube basin.  All the more, they were led by none other than the famous Sultan Suleiman the Magnificent.

Suleiman amassed an army of about 150,000 men and traveled to northern Hungary to the town of Eger, which had a castle with huge wine caves below it; the caves were filled with last year’s harvest of excellent vintage red wine.  This stored wine was so valuable for the region’s economy that 2,000 Hungarian soldiers were stationed. Their job was the protection of the castle and the region against their on-coming enemies.

When the castle guard saw the amazingly large mass of the armies approaching, it became clear to them that their fates were sealed.  In unbelief, they ran through as many defending scenarios as they could.  All seemed lost as they knew that in a matter of days they would be overcome and die.  To boot, they were as mad as hell that they would have to lose their cherished wine to a bunch of infidels.

So, they came up with a most viable and honorable of all battle plans.  The plan was to enjoy the cherished wine themselves; to break into the wine cellars of the castle and consume all the wine for their last hurrah.   They rushed into the cellars and hacked away at the barrels with swords and axes where the wine spewed and was flying everywhere! It was a wine drinking party to end all!

The Hungarians consumed so much red wine that their beards ran red, their teeth were stained, their eyes were stinging and bloody red as they staggered outside to meet certain death at the hands of the Turks. They were so pumped up and out of control that they were even battling amongst themselves at times.  But onward they rushed against their enemies yelling and screaming their drunken hearts aloud while wielding their axes and weapons of all types.

The Ottoman Turks in all their travels had never seen anything like this, namely men charging out dripping of blood.  Looking at the Hungarians it was easy to conclude that they were covered in the blood of their prized bulls that were just sacrificed.  When they saw many of the men charging them and vomiting what they thought was blood, they assumed as well that they had been drinking the bull’s blood which somehow began imparting the might and the power of these bulls.

Certainly a fool’s quest to stay, not wanting anything to do with these fierce Hungarians, the Sultan’s army turned and ran away.  Good story—yeah?

When Trader Joe’s Markets first opened its doors in Costa Mesa California, one of their inexpensive red wines on their shelves was Bull’s Blood. I remember tasting it; it resembled a rustic Cabernet Sauvingnon, and since I liked things Hungarian, well, Bull’s Blood joined in as one of my table wines along with Chianti and Rioja (the other cheap wines selling at Trader Joe’s).

If you can find it now, this wine is a steal at $10.  Medium-bodied, a dry red blend comprised of Kékfrankos, Kadarka, Merlot, and Cabernet Sauvignon.  Flavors of cherry and raspberry, with a bit of toast and spice on the nose—very smooth and drinkable.

See you in Paris! Cheers!