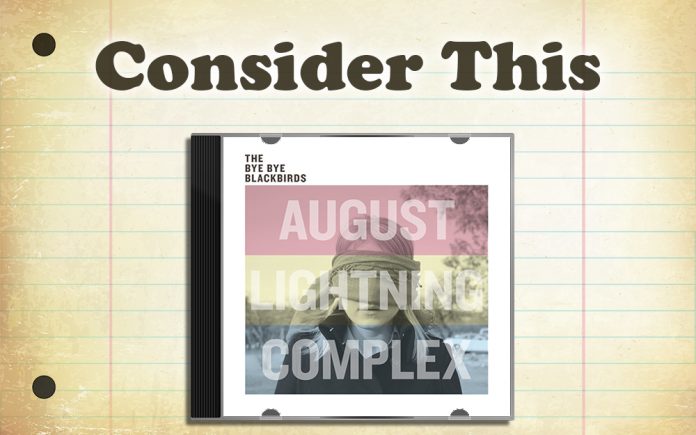 The Bye Bye Blackbirds is the brainchild of Bradley Skaught. The Tacoma, Washington native was obsessed with music at an early age. Taking his cues from his dad, a talented singer and guitarist, Bradley began taking drum lessons as a kid. Initially, he raided his parents’ record collection for inspiration, before taking a deep dive into The Beatles, The Beach Boys, British British Invasion bands and the usual ‘70s AM radio hits. By the time puberty hit, he had already begun performing live and deconstructing his favorite songs, attempting to figure out what made them tick.

His family had relocated to Oakland, California a few years earlier and his older sister introduced him to Punk Rock and ‘80s underground sounds. He became enamored with R.E.M. and that sent him down a rabbit hole, discovering seminal artists like Big Star, The Velvet Underground, and everything in between. Soon enough he was making his bones pounding the kit for Yuji Oniki. Within a couple of years, he was fronting his own band, Bella De Gamma.

Out of the ashes of Bella, rose The Bye Bye Blackbirds, named for the 1926 standard that has been recorded by everyone from Frank Sinatra and Julie London to Joe Cocker and Ringo Starr In 2006, the band quickly released a couple of EPs, Apology Accepted and Honeymoon. A couple of years later their official full-length album, Houses And Homes arrived. Their sound defied easy categorization, harnessing a smorgasbord of styles that blended Power Pop, Country. Rock, New Wave and Indie Rock. Along with subsequent efforts, Fixed Hearts (2011), We Need Rain (2013), Take Out The Poison (2017) and Boxer At Rest (2020), they received unanimous critical acclaim and cultivated a loyal and passionate fan base.

Although The Bye Bye Blackbirds have had their share of shake-ups, the current line-up includes ex-Game Theory/Loud Family drummer Jozef Becker, lead guitarist Lenny Gill, bassist Aaron Rubin, Bradley on guitar and lead vocals and harmony vocalists Kelly Atkins and KC Bowman. While the band has garnered favorable comparisons to everyone from The Beatles, Hollies, Yardbirds to The Byrds, The Monkees, Buffalo Springfield, as well as John Lennon, Tom Petty and Elvis Costello, their latest long-player, August Lightning Complex, has taken an intriguing left turn. 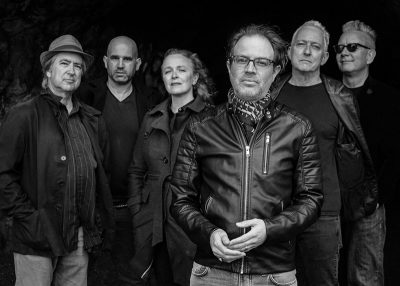 The opening cut, “Want Show As Young,” immediately signals a shift. The Bye Bye Blackbirds have jettisoned the concise songcraft that characterized their last five albums. Instead, they’re employing the Jam band aesthetic pioneered by the Grateful Dead and redefined by The Meat Puppets. Spiraling guitars collide with angular bass lines and a chugging backbeat. Bradley’s pliant tenor veers away from the Lennon/Petty/Costello triptych and approximates the reedy verisimilitude of Jerry Garcia or Meat Puppets’ Curt and Cris Kirkwood. Cryptic lyrics allude to the impact of Punk’s first fun couple, Sid and Nancy, as well as the primal attraction of music; “In the half-life there’s a new look, desire or what it seems, from the left ear to the right hook, it shines so you can see.” On the break, a stinging guitar solo sparks atop burly rhythm guitar, a pulsating brass fanfare and rollicking piano.

If the Allman Brothers, the Brady Bunch, Spinal Tap Big Star and the Partridge Family ever collaborated, it might sound like “Something From The Old World” and “Favorite Stars.” The former blends stacked, Southern Rock Boogie guitars, descending piano notes, thrumming bass lines and a rock-ribbed beat. The melody and arrangement share some musical DNA with both the Bradys’ handclap-y “Good Time Music,” as well as the ethereal bridge on Tap’s “Rock And Roll Creation.” Guitars fuzz and chime on the break, reasserting the band’s original touchstone, R.E.M. On paper, it sounds like Worlds colliding, but the result is wildly infectious and sweet.

The latter opens with a barrage of drums, before yielding to sunshiny vocals, muscular guitars, snap-back bass and plangent keys. Lyrics glide across an astral plane; “Burn up on re-entry, carving up the spirit in the sky, walk on golden canyons, scratching out the stardust in your eyes.” But the celestial vistas are no match for the honeyed harmonies, candy-coated guitars and the arrangement’s insistent Bubblegum crunch.

The album’s best tracks shine a spotlight on the band’s musical dexterity. Take “Mechanics,” dissonant harmonies lattice atop a cagey confluence of ricochet guitars, boomerang bass lines and a piledriving beat. Lyrics get down to the nuts and bolts of attraction, all gears and wires, sparks and lights, like a romantic chop shop. Guitars race and rev, peeling rubber on the break, gathering speed before crossing the finish line.

“We Got Lost” pairs nicely with “We Got Lost (Reprise)” A tangle of serpentine guitars coil around prowling bass lines and a walloping beat. Once again, the lyrics puzzle over the mystery of attraction; “You made me laugh, you made me cry, we never stopped, there is no why/What made us laugh, what made us cry? The rain torn in sheets and broken skies.” Prickly lead guitar from the legendary Matt Piucci (primary guitar-slinger for Paisley Underground progenitors Rain Parade), washes over shards of rhythm guitar and cinematic strings building to a stirring crescendo before fading into the ether…. Only to be folded into “We Got Lost (Reprise).” The latter re-emerges Phoenix-like. Accented by a thick fog of distorto lead riffs, skronky rhythm licks and a squally solo that careens out of the speakers with stentorian sustain, only to be cut off, mid-caterwaul.

Meanwhile, the wily ebb and flow of “Out On The Waves” is powered tinkling piano, see-saw guitars, vroom-y bass lines and a cantilevered beat. Sweet/sour harmonies crest atop a tilt-a-whirl arrangement. Nautical lyrics offer a metaphor for life’s more mercurial moments; “Out on the waves, the waves, out where the dark is new, waiting for, waiting for waves out in the dark.” A roiling guitar solo pools and eddies over the musical maelstrom.

While the title track touches down halfway through the album, it’s an acoustic instrumental that acts like a musical sorbet between the heavy main courses. But it’s the final two tracks that kick the record into interstellar overdrive. Clocking in at just over nine minutes, Marching is the set’s magnum opus. Initially, dour guitars partner with spidery bass lines and a splayed beat. Bradley’s suitably sepulchral vocals intertwine with Kelly and KC’s simpatico croon, adding to the gauzy, nocturnal ambiance. A keening trumpet blows through with the strength of a Santa Ana wind, punctuated by percolating guitar and swoony keys. There are other lyrics, but for the balance of the song, the only words are “you’re gone,” repeated like a mournful mantra, like a disconsolate prayer or a wailing Kaddish. The song locks into a hypnotic lament, building to a moody apogee, before quietly powering down.

Following that penultimate track, “Don’t Wait” hurtles out of the speakers like a blast of sonic sunshine. Boisterous and anthemic, slashing guitars connect with space-age keys, stuttery horns, flinty bass and a hopscotch beat. Dissembling lyrics like “Fortune smiling, no fortune never smiles, tricksters and cheaters you and me” reach the precipice of confession, but never really takes the leap. On the break, spongy guitars are bookended by hard-charging horns that lock into a cyclonic groove before quietly winding down. A crackling close to an ambitious record. In addition to special guest star, Matt Piucci, the Bye Bye Blackbirds fleshed out their sound with the assistance of Doug Gillard on guitars and string arrangements. The horn section was comprised of Bill Swan on trumpet, Tom Griesser on baritone saxophone and Joe Hayes on tenor saxophone.

This record is all over the place, and that’s a compliment. On several songs, the band has successfully stepped out of their comfort zone, creating music that is sprawling and complex. But they haven’t completely abandoned their lean and economical approach. August Lightning Complex ushers in a new era for The Bye Bye Blackbirds that manages to honor their origins, even as they forge a new path.