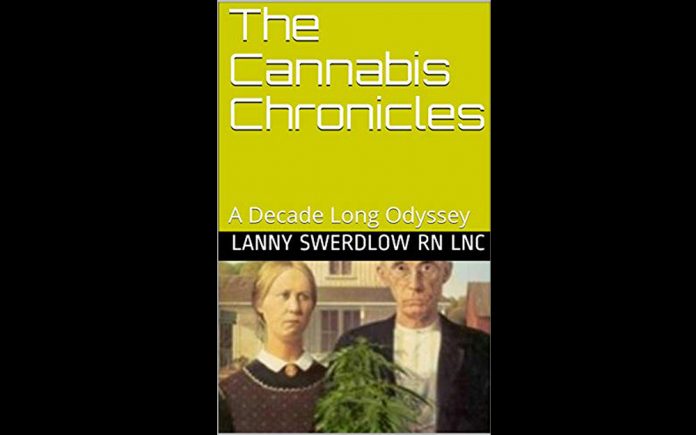 In the next few weeks, I will be reviewing the plethora of books by medical professionals on the science and social acceptance of cannabis/marijuana. This week we will discuss The Cannabis Chronicles by Lanny Swerdlow RN.

After getting totally drunk the first time he drank alcohol when he was 17 years old, he decided to try marijuana. It  turned out to be the best totally stoned experience he ever had, and Lanny has been smoking weed ever since. He never went back to alcohol after 73 years. Lanny is no meek supporter of cannabis. He is all the way in.

In 1995 Lanny learned about the medicinal benefits of cannabis when he began caring for a friend who had AIDS. He watched his dying friend’s appetite improve with smoked or ingested cannabis, the miserable side effects being mitigated from the cocktail of pharmaceuticals, observed his spirit being calmed, and the anxiety of dying being lessened. To get this soothing weed Lanny had to get it illegally and risk being arrested and put in jail.

This experience motivated Lanny to become an activist for getting cannabis on the ballot. He started producing a cable access TV show called Cannabis Common Sense. In 2000 he moved to California and formed the Inland Empire based Marijuana Anti-Prohibition Project (MAPP), a medical marijuana patient support group and law reform organization. The group remains active and is the longest running cannabis law organization in the Inland Empire. Every first Wednesday of the month Lanny meets with the public in Riverside and every first Saturday of the month he holds court at the Chrystal Fantasy in Palm Springs followed by a quick run up Route 62 to meet with the Joshua Tree group.

His group meetings are free. For an hour Lanny, or his guest, will entertain us with all the past and present legal happenings in Riverside County. His activism in 2006 influenced the Palm Springs City Council to enact a zoning ordinance that allowed medical marijuana dispensaries to operate legally. This success led to an appointment to the Palm Springs Medical Marijuana Task Force which oversaw the drafting of Palm Spring’s Medical Marijuana Ordinance enacted in 2008.

But Lanny was not sitting on his hands. He became an RN and from January 2008 to March 2014, he was the office manager and RN specialist at the THCF Medical Clinic in Riverside CA which provided qualified patients with medical marijuana recommendations. 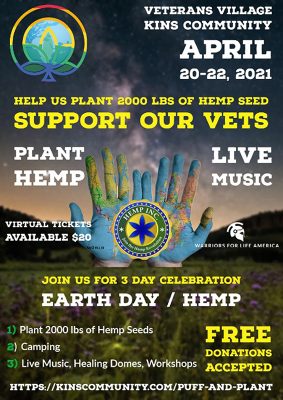 Lanny’s path to promoting legalizing of marijuana in CA lead him to publish articles in Culture Magazine when its circulation expanded to California. Topics ranged from AIDS, brain diseases, appropriate use, Alzheimer’s, Cancer, Legal Health, public policy, mass murderers, and Reefer Madness. A mixed bag of topics all on every issue related to the use of marijuana. Lanny’s “Chronicle 1” describes the research by Dr. Manual Guzman in 2003 that illustrates how cannabinoids cause the death of cancer cells.

Many of Lanny’s articles are very relevant today because the myths and sigma around reefer madness still linger. We still struggle to reclassify cannabis out of Schedule I on the federal level even though at one time we had all three branches of the federal government controlled by Democrats. Minority users are still getting arrested and put in jail even in states where adult use is legalized. Many prisoners languish in jails for the nonviolent crime of possessing a joint. It took President Donald J. Trump to pardon Anna Marie Johnson, the 63-year-old great-grandmother who was given a life sentence in prison for a nonviolent drug-related crime. She was not eligible for parole.

Lanny decided after the Culture Magazine ceased print publication to share his wisdom by publishing a ten year compilation of his articles into a book titled The Cannabis Chronicles. You can find this book on Amazon. Our federal government is sluggish, bureaucratic and sclerotic. Lanny’s book will continue to inspire others to take up the mantle until cannabis is taken out of the Schedule I category alongside heroin, LSD, and ecstasy.