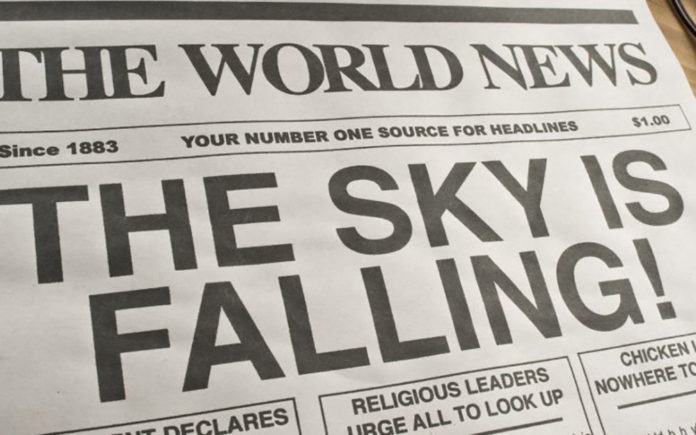 Listening to doomsayers like those with the Palmer Report, you would think that the U.S. economy is on the brink of collapse.

If we use the S&P 500 index as the measuring stick against which we see if investors agree, we find that the index has produced a 19% return for 2019 through October 10th.  The S&P 500 is an index that measures the performance of the 500 largest publicly-traded companies in the United States.  If all you invested in was this index, you have had a spectacular year.

While companies and those who invest in them may be doing well, could doomsayers be referring to the U.S. worker?  While wages, on average, are not as good as they once were, a record 158.3 million Americans are employed.   With an official unemployment rate of 3.5%, the United States is at its lowest unemployment rate in fifty years.

Given that the Palmer report is a liberal blog, let’s assume that their warnings are as accurate as many of the President’s tweets.

Figuring out what would lead to a recession here in the United States is the better question to ponder. 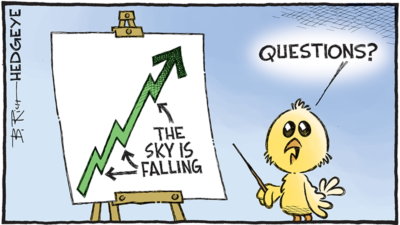 Quickly rising interest rates would cause a recession.  Given that $17 billion in German, Japanese and French government debt pay negative interest rates rate now, there is quite a bit of room before rising rates put the economy at risk.  At present, the U.S. 10 year Treasury Bond pays 1.7% a year while investors get to PAY 0.5% for the right to keep money in German 10 year debt.  Stated differently, if you held 100,000 Euros in a 10 year German bond from today until maturity, you would get back about 95,000 Euros.  When you consider that the cost of things goes up by about 3% every year, that 100,000 that someone puts in this bond is worth about a third less in terms of buying power in ten years.  Net-net, those 100,000 Euros are worth about 60,000 Euros down the road.

Another cause for a recession would be the contraction in government spending; fat chance of that happening anytime soon.  At present, U.S. government spending looks to be at least $250 billion higher this year than last.  This equates to about $750 per American.  This level of spending has a stimulative effect on the economy in the near-term.

What powers our economy is the Service worker.  The services industry represents 70% of all jobs in the United States.  A service job is everything from a doctor or nurse to a banker, teacher, plumber or fast food cook.

So long as wages are increasing and job openings exceed the number of people out of work, there will not be a recession here at home.  As the Federal Reserve looks like they want to avoid their past tendency to be the unintended contributor to a recession, a more sensitive Fed is another positive indicator that things should be okay.

The one thing that will cause a recession is if the global economy slows down too much.   This is why President Trumps’ words if not his actions were accurate when he said that the mini trade deal with China was done for the good of the world.   Then again by declaring a bit of a truce with China, we were protecting our economy as well as the President’s reelection chances.  Net-net, a win for most except maybe the Chicken Littles!