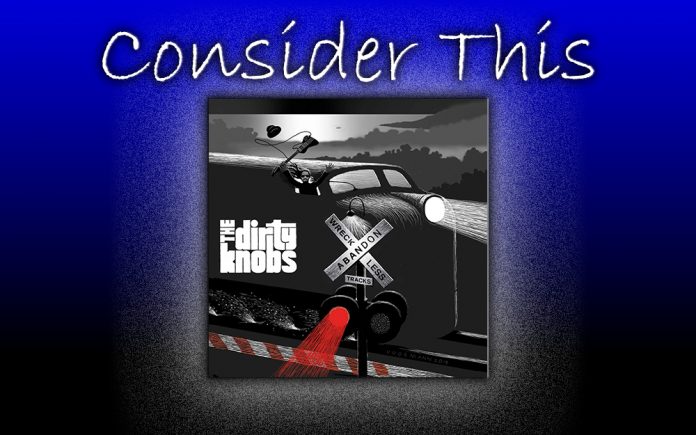 If you came of age in the late ‘70s, Tom Petty’s music has probably been the soundtrack to your life. His songs, equally effortless and complex, managed to distill his earliest influences, Elvis, The Beatles, The Byrds, The Animals and the Rolling Stones, into a wholly original sound. His music was so ever-present, that you probably took it for granted… until it stopped. Tom suddenly, heartbreakingly, passed away in late 2017, and it seemed like, posthumous collections aside, that sound would be forever stilled.

But from the very beginning, Tom had a partner in crime. A Keith to his Mick, a George to his John Paul, a Sundance to his…well, you get the idea. Guitarist Mike Campbell met Tom Petty about 50 years ago, when he aced the audition to join Tom’s band, Mudcrutch. For nearly five years the five-piece ruled the Gainesville, Florida music scene before securing a record deal and heading out to Los Angeles.

Although the band fell apart, Tom and Mike stuck together, recruiting ex-Mudcrutch keyboard player Benmont Tench and enlisting a new rhythm section to form Tom Petty And The Heartbreakers. For the next 40 years the pair co-wrote a shit ton of hits, including “Rockin’ Around With You,” “Refugee,” “You Got Lucky,” all the way up through Tom’s three solo albums, the reformation of Mudcrutch in 2008 and the final TP&H effort, “Hypnotic Eye.”

Between Heartbreaker/Mudcrutch commitments, he found time to write and record with a plethora of heavy hitters including Stevie Nicks, Bob Dylan, Roy Orbison, Don Henley, Linda Ronstadt, Randy Newman, Aretha Franklin, Jackson Browne, John Prine, Neil Diamond, the Dixie Chicks and Warren Zevon. In 2018, when Lindsey Buckingham was ejected from Fleetwood Mac, at Stevie Nicks’ behest, Mike stepped in and handled guitar duties on the band’s world tour. As busy as he was, he still managed to begin a side project in 2005, The Dirty Knobs.

Mike had met guitarist Jason Sinay, bassist Lance Morrison and drummer Matt Laug rather organically, so there was never any official audition process. Separately, each had made their bones playing with the likes of Alice Cooper, Alanis Morrisette, Tift Merritt, Slash, Lucinda Williams, Bob Weir and Neil Young. Initially, The Dirty Knobs was a way to blow off steam between tours, but in the back of his mind, Mike thought the band might take a turn in the spotlight at some point.

Of course, with Tom’s sudden departure, that goal became more immediate. The Dirty Knobs were on the backburner when Stevie asked him to tour with Fleetwood Mac, but his bandmates’ patience was rewarded when they hunkered down in the studio with producer George Drakoulias (The Black Crowes, The Jayhawks, Screaming Trees, The Freewheelers, Tom Petty & The Heartbreakers and Tift Merritt). The result is the Dirty Knobs’ debut, “Wreckless Abandon.”

The album confidently kicks into gear with the title-track. Loopy, sitar-iffic guitars lazily unfurl, rather quickly, mystical and shuddery late ‘60s soundscape is disrupted by crashing guitars and tinkling hi-hat action. Shapeshifting once more, jangly guitars connect with buzzy bass and a walloping backbeat. Mike’s rough-hewn Gainesville drawl feels instantly familiar. Lyrics sketch out the saga of a foolhardy friend that requires some emotional rescue; “I found you in a roadside ditch, twenty bottles gone, had your finger on the switch, all circuits were blown.” Chiming, Rickenbacker riffs spiral on the break recalling classic TP and the Byrds, just as the arrangement sprints to the finish line, before powering down with a sitar-flavored coda.

There’s a wistful melancholy to “Irish Girl.” Ringing guitars wash over honeyed harmonica notes, rumbling bass and a cantering beat. Stacked harmonies wrap around lyrics that attempt to court and spark with a clever colleen determined to make her own way in the world; “Can you feel the night flowing through your bones, with your highflying kite and your sticks and stones, will you save me a place at the head of your table, in your leather and lace, and your burgundy sable, Hey little Irish girl, nothing can stop you now.” Willowy guitars are matched by lonesome harmonica on the break, adding to the Dylanesque ache.

A couple of tracks, “Fuck That Guy” and “Don’t Knock The Boogie” are shaggy and shambolic in all the right ways. The former is anchored by breezy guitars, rumbling bass lines and a tumble-down beat. The lyrics offer a master class in shit-talk; “Well look at that guy dressed up like Charles Dickens, sneaking around like Slim Pickens/If he was a woman he’d think he was God’s gift to man, got to stick his head in the garbage can, Fuck that guy, yeah Fuck that guy! It ought to be a crime, he ain’t no friend of mine, Fuck that guy.” Sweet, slack-key-ish notes lattice over piquant rhythm riffs on the break, slightly undercutting the cranky stream of expletives.

The latter locks into a classic 12-bar Blues groove, powered by barbed guitars, rubbery bass and a sly shuffle rhythm. Slightly apocryphal lyrics paint a vivid portrait of the best band you’ve never heard of; “The singer was some guy from Southern Mississippi, he had a wicked eye and could lay a lip along a lyric, and the drummer was a cat they called Crazy Legs from Alabama, boy, he could hit the skins like nobody’s business/And on guitar, some cat named Lightning Slim, he went up and down that neck like lightning, I guess that’s how he got his name, and the man on the bass, from down in Georgia, somebody said he did some time, committed some crime, but I don’t really know, could just be a rumor…” Once our narrator meets a femme fatale, guitars race and rev, unspooling an epic, reverb-drenched solo that slithers through with a take-no-prisoners sanguinity. Easing the throttle just slightly, the arrangement downshifts, coalescing around sunshiny guitars and a rock steady beat, while a smoky harmonica barrels through a series a fake-outs before a final admonishment; “Don’t knock the boogie.”

The best cuts here evince The Dirty Knobs not-so-secret reverence for ‘60s antecedents like the Stones, the Kinks, the Yardbirds the Animals and Led Zeppelin. There’s a mind-blowing heaviosity to “I Still Love You.” Shards of bramble thick guitars wash over caroming bass lines and a cross-cut beat. The sludgy intro is supplanted by cascading guitars that underscores Mike’s perfunctory mea culpa; “I’m sorry, I didn’t mean it, I should have known, I should have seen, but I didn’t mean to drag you down/Don’t say it’s over now, don’t say it’s over now, because….I still love you, and I still need you and I still want you by my side.” The arrangement see-saws, lithe and delicate one minute, bludgeoning and molten the next. Squally guitars on the break gives way to a filigreed Flamenco flavored outro.

On “Sugar” locomotive guitars ride roughshod over growly bass lines, a thunking cowbell and a hopscotch beat. Patronizing lyrics like “She don’t know her way around the kitchen, scratching like a dog I don’t know what she’s itching, she may not read a lot of books, she may not be the best cook, only one thing has got me hooked, she got the sugar” are somewhat problematic. But they’re easy to overlook on this taut Garage Rocker. As guitars fuzz and strafe on the break, Mike returns with a whisper and a scream before winding down this stompy minuet.

The opening notes of “Southern Boy” finds Matt Laug pounding out a tribal tattoo on his kit, pretty quickly Mike and Jason chime in, their stinging riffs fat with sustain over a swamp boogie groove. Lyrics chronicle a big city jezebel’s attempts to lure a small-town swain; “She came from Chicago, on the CTA, all the way to Jacksonville F-L-A, with a patent leather purse and black silk stockings and thousand-dollar bills hanging from her pockets.” Jingle-jangle rhythm riffs collide with prickly power chords and some hi-hat action on the break. Packed with catchy hooks, it’s the album’s most irresistible song.

The album’s final four tracks offer a true testimonial to The Dirty Knobs’ musical dexterity. From the slow-cooked, sanctified Blues of “Don’t Wait,” and the wistful acoustic shimmer of “Anna Lee,” to the flirty allure of “Aw Honey.” That one features some barrel-roll piano, courtesy ex-Heartbreaker Benmont Tench, bookended by throbbing bass, duckwalking guitars, coltish harmonica notes and a beguiling backbeat.

The album closes with “Loaded Gun.” Rapid-fire guitars blaze a trail atop brawny bass lines and a whipcrack rhythm. Ah, the gun-as-penis metaphor never wears out its welcome, does it? There’s some phallic phun to be found with lyrics like “I got what you been missing, I got the thing you need, I got your new addition, I got your remedy.” It’s kind of strange that the target of this priapic pistol is compared to “barbed wire.” Apparently, clitoral imagery remains less refined. (Still a hazy mystery for some guys). Locked and loaded, the action accelerates on the break, as the guitars launch a semi-automatic assault, and Mike Campbell unleashes one of his classic Heartbreaker-y solos. A rough and ready, rowdy and rollicking end to a great album.

Yes, Tom Petty is gone, and his absence is still keenly felt. But The Dirty Knobs’ debut, “Wreckless Abandon,” takes away some of the sting from that loss. It’s comforting to note as we all approach our sunset years that The Dirty Knobs will be here to provide the sonic soundscape to our AARP dotage.