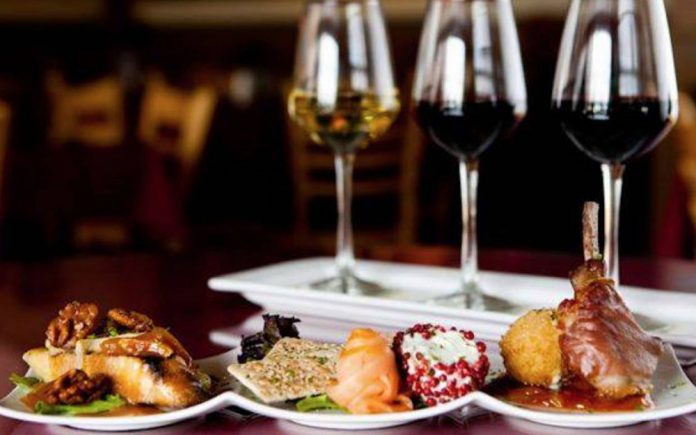 Probably most working astrologers in our valley today know full well how the selected animals were designated to be a sign in the Chinese/Lunar New Year. This last week, China and much of the world celebrated said New Year, which is deemed the Year of the Ox. Each year has an animal sign in the Chinese Zodiac (literally “circle of animals”), which is based on the Moon and has a 12-year cycle. So the astrologers tell us a good story: 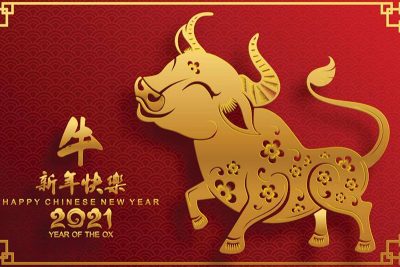 The Jade Emperor, one of the most important Taoist gods, held a race where the first 12 winners would be chosen as the royal guard. Further, there was a real need to be able to mark time, so it appears that he worked both of these matters together. Thus, the winners not only became the royal protector but were to be known forever as the name of a particular year in the 12 years zodiac cycle.

And what we like about this story is that the Jade Emperor did not select the territory’s strong men of valor to compete, but rather, a la Noah in the Bible, he apparently invited the animal kingdom to run the race. As a reward for turning up, the Emperor named a year in the zodiac after each one, while the race would determine the order each animal would be placed.

A real-time report on the race would have shown the Ox/Bull to be ahead, but the savvy rat jumped onto the ox as a vehicle over the river and then jumped ahead to finish first. As a result, the rat became the first animal in the cycle, with the ox relegated to second. Next was the tiger, then the rabbit—and, well, you’ll hear the remaining line-up as the years go by.

As far as us vino enthusiasts and foodies are concerned however, we’re seeing our immediate future to include some tasty Chinese meals fit for a king—or an emperor, if you will. And of course, we’ll bring the requisite wines in which to enjoy and welcome in the Year of the Ox—broccoli beef anyone?

No one these days really gets upset when the wrong wine shows up to pair with a certain meal; the millennials around the table keep us in line on that one. However, Chinese Cuisine—and modernly perhaps all “Asian Cuisine” can be somewhat complicated when matching wine to all of the various dishes and diverse flavors presented at the same time at the same setting.

I’ll cut to the chase here: Many a wine columnist has over-eaten and over-drank in determining what goes best with what. No one will completely agree on the wine list of choice, but the varietals listed below do hit the mark when it comes to covering the panoply of foods and flavors on our lucky table.

For white wines, we like the Riesling and Gewürztraminers, and Chardonnay sparkling wines; for the reds, Pinot Noir and Gamay. Any of these wines will work with any Chinese dish generally. So pick one you like and you’ll be safe and savvy.

Traditionally in America, Cantonese food was—and perhaps is still, the most popular. Dim Sum covers a wide range of small dishes that we all remember when we went to a Cantonese restaurant. You’ve got the steamed dumplings, pan-fried dumplings, spring rolls, vegetables, and small portions of soy-seasoned meats. Generally speaking, there are a lot of mild flavors going on. You’ll wish to avoid highly tannic red wines because they are likely to overpower the lightly flavored dishes.

A sparkling wine—especially those made with 100% Chardonnay, like your favorite Blanc de Blancs pair wonderfully with the fresh and light Dim Sum dishes on the table. The cleansing bubbly is always great with the fried shrimp and fried potstickers. Sweet and salty dishes call for a refreshing off-dry Riesling or chilled Italian Moscato d’Asti. A chilled Spanish fino Sherry is also a very sexy choice to pair with Cantonese.

For those braised pork dishes, look to match a young fruit-forward New World Pinot Noir or a Beaujolais-Villages—which is a step-up from the standard Beaujolais. Not to worry if you can’t find a “Villages” [Vee-Lahj], Gamay/Beaujolais is always welcomed.

Chow mien (fried noodles) and fried rice, with all the accoutrements, there are a lot of flavors packed in one plate. Wonderful savors of oyster sauce, ginger, garlic, onions and spices seek some acidity to refresh the palate. Again, your go-to dry/off-dry Riesling and sparkling wines work well.

The beloved duck dish appears quite often in the cuisine with all of its surrounding flavors of hoisin sauce and onions to name a few. We like a good fruity Pinot Noir from Sonoma Russian River Valley or Oregon; or, a cru Beaujolais works well too. As to the particular Peking Duck dish, again look to the off-dry Riesling. Should you wish to bump-up the pairing, treat yourself to a Spätlese Riesling, which is more complex and a touch sweeter—in a good way.

Classic sweet & sour dishes, such as pork, orange, or sesame chicken, work very well with aromatic varietals such a Riesling, Gewürztraminer, and the Argentine Torrontes.

Finally, our favorite hot and spicy Sichuan dishes scream out for a cold sparkler, be it Brut Champagne, Brut Rose bubbly, Lambrusco, Asti or Prosecco. The aforementioned chilled up aromatic wines, again, work great. The red wines best for this cuisine are lightly chilled, light-bodied but juicy reds such as a youthful Beaujolais or young Pinot Noir. Stay away from powerful tannic reds that will only enhance the heat—unless you’re into that sort of thing! Bon Appétit & Chinese Cheers!