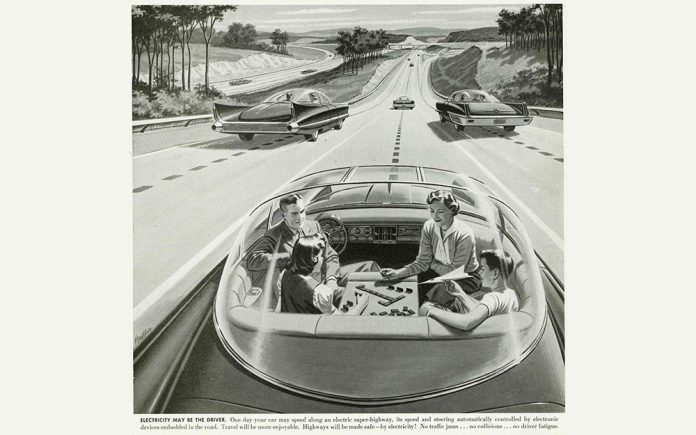 For those of us old enough to remember a time without cell phones, living in the year 2020 was once thought of as something so futuristic that we would having flying cars, mobile communicators and inter-stellar travel.  While cell phones began widespread use about thirty years ago, the first commercially available flying cars will be delivered at a cost of $500,000 sometime this year by Pal-V, a Netherlands-based company. Meanwhile, Richard Branson’s Virgin Galactic is nearly ready to begin taking people on 90 minute trips into space for $250,000.  I assume that comes with beverage service.

For those wanting to keep their feet on the ground, 2020 will find Virtual Reality (VR) gaining greater use in commercial fields like education, medicine and real estate.  As one example of VR in use, a home buyer will be able to use a VR headset to virtually walk around in the home being sold 24 hours a day.

Looking a few years down the road, Augmented Reality (AR) will begin being deployed all around us.  AR merges reality with the virtual.  To understand how this all works, consider your daily commute.  In the very near future, you may have a car windshield that displays various messages that are embedded in the environment and broadcast on your windshield.  Where we might use a Wayz or Google Maps to find our way to a destination today, those same directions would appear on your windshield.  Essentially anything labeled with a RFID chip would be able to provide you with information.  Not in a car?  Wear your AR sunglasses.

You have probably heard of Hi-Fi and Wi-Fi but do you know what Lo-Fi is?  Lo-Fi is short for light fidelity.  Where Wi-Fi uses radio frequencies to transmit data, Lo-Fi uses LED light.  The benefit to Lo-Fi is that it is less susceptible to electro-magnetic interference while transmitting a greater volume of data at 100 times the speed.  The craziest thing in its development is that Lo-Fi does not need to project from transmitter to receiver in a direct line but within the light spectrum.  When things are dark, Lo-Fi uses infra-red.  The first widespread commercial usage is expected in the defense, nuclear and aerospace industries although its commercial application seems limitless.

As technology raises the quality of life for people around the world, the demand for protein grows.  That means more animals are raised to feed a more upwardly mobile populace.  According to Bill Gates, a founding investor in both Beyond Meat and the Impossible Burger, that means a significant increase in protein.  Given that a pound of animal protein requires up to 25 times more water, 17 times more land and 20 times more fossil fuels than plant protein, it will be critical to the world’s long-term survival to find plant-based alternatives to the animals we now eat.

Along these lines, climate change is happening much faster than once expected.  The general consensus is that the world will reach a tipping point around 2030 where human actions could cause permanent damage to the planet.  As the use of fossil fuels for transportation is responsible for half of all carbon dioxide (CO2) emissions, expect virtually all new vehicles to be electric by 2030.

Luckily for humanity, Harvard climate scientist, David Keith has created air scrubbers that remove CO2 from the atmosphere at a cost that can be as low as $100/ton.  The issue then is what to do with the CO2.  While some CO2 can be reused, it ultimately needs to be removed.  The best way to remove CO2 is to use it in the production of concrete, carbon polymers and other construction materials.  Investors in Keiths’ Carbon Engineering company include Bill Gates and numerous oil companies.

As futuristic as 2020 once sounded, there are some of the remarkable innovations and scientific breakthroughs underway that will make life better and easier for most of world’s population.  The future is almost here.

Haddon Libby is the Founder and Managing Partner of Winslow Drake Investment Management, a Fiduciary Advisory firm.  Fiduciaries have a higher standard of care than a Broker Advisor.  Find out the difference by visiting www.WinslowDrake.com, calling 213/596-8399 or emailing Hlibby@WinslowDrake.com.