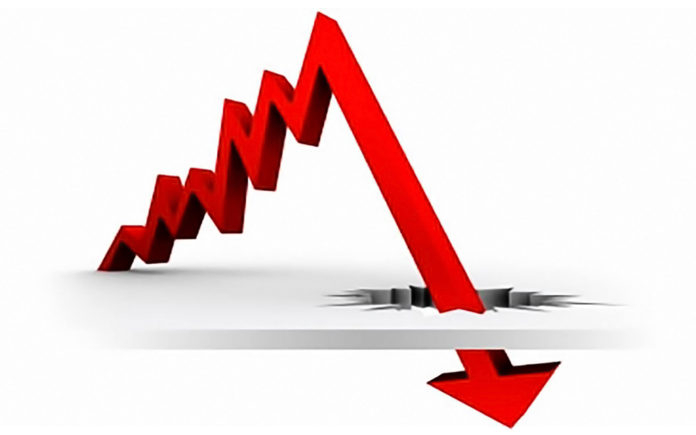 Last week, the Federal Reserve reduced the Federal Funds rate for the first time in over ten years, a sharp reversal from their stance of only five months ago.  This was immediately followed by the escalation of the trade war with China by the Trump administration.  The escalation should result in another rate cut in the next 30-60 days, a slowdown in the global economy and an increase in the inflation rate.

While all of that was happening, the German equivalent to U.S Treasuries posted negative returns or yields across all time periods.  This means that whether you bought a 1 year note or a 30 year bond, it cost you money to buy and hold that investment portfolio.  You do not earn interest, you pay for the right to hold it.  According to CNBC, there are $17 trillion in bonds outstanding that yield a negative interest rate.

The concept of negative interest rates is enough to make the heads of many economists explode as the idea seems to counter logic.

When interest rates go lower, it typically serves to stimulate economic activity.  Lower interest rates act like sugar as it hypes up the economy.  As we all know, too much sugar can lead to obesity.  The economic equivalent is asset bubbles like that of 10 years ago.

What happens when your parents aka the Central Bank keeps the economy hyped up on sugar?

Surprisingly, some good things.  Due to regular access to sugar or cheap money, moonshot, world-changing ideas have the time and money to roll out ideas that once seemed impossible.  The extra time is due to the low cost of borrowing which also tends to spur capital investment.  Whether it is Amazon, Tesla, Uber, Beyond Meat, the Impossible Burger or any one of the many world changing companies, access to enough cash funded the creation of businesses that served to disrupt the status quo.

Meanwhile, low borrowing costs and a very friendly European Union Central Bank have kept Italy out of a financial mess akin to Greece.

This mindbender presents us with the concept of deflation.  Deflation is where the prices of things continue to go lower and lower.  China has been a great exporter of deflation for years which has helped to create lower prices than would have otherwise been possible.

With the Trump administration’s surprisingly resolute stance against China for a host of illegal activities, trade/tariff issues almost seem like a ruse to expedite an economic strike on against China given their bad actor behaviors that we have ignored for decades.

Where that all sounds barely understandable, what does this mean for you and me?

We can expect lower borrowing costs for some time to come.  This also means lower savings rates.  It sounds illogical but borrowers are essentially being subsidized by savers due to the current monetary policies of world central banks.

The message is clear – the government wants you to go out and over-stimulate the economy because if we don’t, the rest of the world will do it without us[HL1] .  That is the message being sent by the Central bankers of Japan and the Economic Union in response to currency manipulation from China and the tariff battle with the United States.

Easy money spurs innovation which leads to greater prosperity.  At the same time, it also funds greater excesses which are ultimately the cause of all economic recessions.  While we may be in the first months of an economic slowdown, we can expect it to be mild given the easy money policies of the Central Banks.

The canary in the coal mine is a financially shaky Italy or even China.  China’s debt equals 3x their Gross Domestic Product (GDP).  For comparison, our $22 trillion federal debt equals 1x our GDP.

Haddon Libby is the Founder and Managing Partner of the fiduciary-only Winslow Drake Investment Management.  For more information on our services, please visit www.WinslowDrake.com or email Hlibby@WinslowDrake.com.