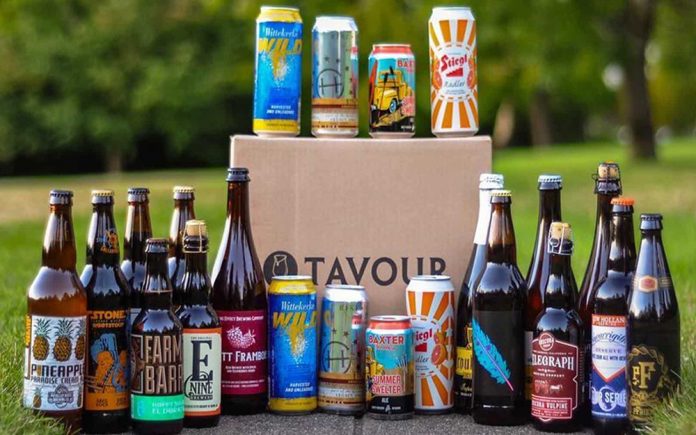 Conversing with the Brewmaster of a large, independent brewery offered me some insight to the challenges being faced in the beer industry. He told me how due to tap and keg sales being nonexistent, every single brewery has dramatically increased their use of bottles and cans. Instead of in 15.5-gallon steel kegs, all of the beer sits on pallets, shrink wrapped in aluminum and glass. Instead of being shipped to bars and restaurants, every drop is now destined for a grocery store or bottle shop. Covid-19 has dramatically altered the way we drink beer, and it’s caused a can shortage. There’s never been a better time to turn in those recyclables, as the brewing industry is facing a can shortage the way the rest of the world experienced a toilet paper shortage back in May. 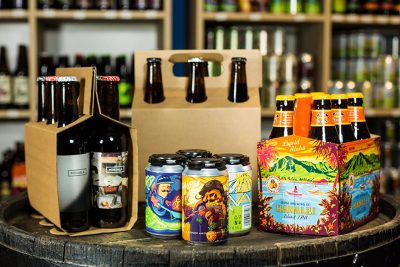 Craft beer afficionados have shown their solidarity, supporting their neighborhood breweries by filling their growlers and buying cans on site. While the pandemic has been terrible for brick and mortar shops, it’s been a boon for the internet. Beer subscription services have increased and multiplied to the point where there are dozens to choose from, many of them offering selections from across the country that aren’t available through grocery stores.

It used to be that subscription services had a bad rap, offering beers on par with those “Beers of The World” variety boxes you’d get from Cost Plus World Market, where the most exotic selections you’d be lucky to get were Chang, Steinlager, and Peroni ( I once paid $14.99 to get a box of international beer, only to end up with Guinness, Indio lager and Tsingtao. It’s been 12 years and I still feel ripped off). While selection and value differ from site to site, here are a few of the options you now have when it comes to getting beer in your mailbox.

www.craftshack.com: Boasting hundreds of thousands of users, this site has been selling craft beer, wine and spirits for over a decade, with big emphasis on customer service. A current promo offers a variety   12-pack of Hazy IPA from around the country for $102.99, shipping included. While these are the pint sized, bomber cans, those are pub-pint prices, breaking down to $8.58 per can. Not a terrible price when you factor in the cost of procuring and shipping, and worth it if you want to taste a dozen of the countries best hazies. If you just want to find individual bottles of a beer you’ve been waiting forever to try, Craft Shack has got you covered. Their website is user friendly, making finding the beer you want extremely easy. Click on the style of beer you want, and from there you can choose the exact subcategory, the brewery, and the price range you want to choose from. These guys offer a wide variety of stouts; that alone scores them points in my book.

www.beerdrop.com: A modern, subscription-box type of service, beerdrop asks you to tell them the styles of beer you like, then allow them to choose the selections you get every month. This company pledges that it offers “super fresh craft beer,” “only the highest rated breweries,” and “cheapest shipping of any beer club.” Choose 5 from categories like hoppy, sour, dark, fruity, and malty. There’s even a catch-all category called “top-picks”, where the highest rated among all styles reside. Each shipment comes to $54.99, coming to just under $11 a beer. Beerdrop gives you points as incentives for creating an account, subscribing, leaving reviews, following on social media, and referring friends, with accrued points going towards store credit.

www.craftbeerclub.com : Exceptional value marks this club, offering subscribers 12 beers a month for only $43.00, shipping included. At $3.58 a serving, it’s hard to pass this one up if you can handle the limitations. Each shipment features 4 different styles, 2 from each brewery, 3 beers each, all 12 oz cans or bottles. You don’t get to request styles, they just send you whatever they want, so you’ve got to appreciate everything from IPAs to sours to appreciate this service. A free subscription to Beer Connoisseur Online is included with your first order, with beer openers, koozies, and other fun gifts included free every third shipment.

www.beermonthclub.com : Beer of the Month Club offers 5 packages to choose from: the U.S. beer Club, featuring craft beers from the east to west coast and everything in-between, the International Beer Club, a U.S. and International Variety Club, A Hop Head’s Club, and a Rare Beer Club. The U.S. club is the most affordable package at $44.95 with shipping, while the Rare Beer package comes to $52.95 a month. While the Rare Beer box includes two 750 mL bottles of premium beer, all of the other packages are a 12-pack, offering two to four varieties of beer in each box.

www.tavour.com : This company sets itself apart by not having a desktop version, swaying the customer to download their mobile app, which alerts the customer twice a day to the always new, always changing beers featured on the Tavour app. This company encourages you to “only buy the beers you want and skip the beers you don’t. Build a selection that others will envy. We’ll ship any amount of your hand-picked beer to your doorstep for a flat fee. Yes, any amount, from one bottle to a whole fridge full!”. Choose from categories like “hoppy and juicy,” “dark and intense,” “sour and funky,” or “light and crisp,” and let the app alert you to the new options you have daily. Prices can range from $55-$65 a month for a 6 pack, to $90-$115 a month for a 12-pack of premium beer.

With such a wide variety of services to choose from, there’s a site for every budget and palate. If you aren’t terribly picky about what surprises you get, then The Craft Beer Club’s $43 box is your best value. If you want only the dankest, trendiest offerings, Tavour is there to give you all the Instagram worthy beers you could want. If you don’t like surprises, Craft Shack is where to visit, allowing you to get those exact beers that you’ve seen other people rave about.