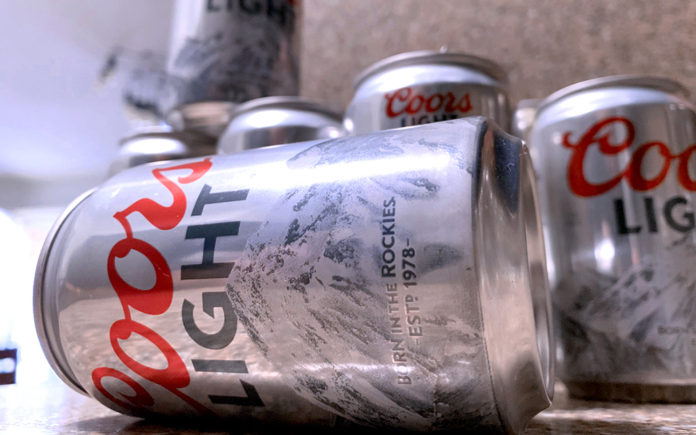 America’s Prohibition was at its peak when 8-year-old Joseph Owaldes received a chemistry set from his mother as a gift. A bright and curious boy born to poor Manhattan immigrants, his passion for science continued into young adulthood, where he eventually earned a doctorate in biochemistry. He’d written a dissertation on the effects of bad cholesterol and was convinced that reducing one’s sugar and starch intake could alleviate many health problems associated with high cholesterol levels. Unable to find work in the medical or dietary fields, he took a job at Fleischmann’s Yeast, then Schwartz Laboratories, which eventually saw him developing yeast strains for beer breweries. Hired by the Rheingold Brewery in the 1960’s, Joseph Owaldes started a project to create a beer with the starch removed, making it lower in carbohydrates and calories and, thus, cholesterol.

Whether through poor marketing or a general lack of public interest, no one cared. Called Gablinger’s Diet Beer, the product was not a popular one, and Owaldes eventually shared the recipe with colleagues at the Meister Brau Brewery, wishing them better success with the product.

Instead, Meister Brau went bankrupt, and was purchased by the Miller Brewing Company in 1972.

The honchos over at Miller saw that a product called Meister Brau Light (Owaldes’s starch-free beer formula) at potential to be marketed as the perfect drink for both woman as well as blue collar workers. Rebranded Miller Lite, the company poured their deep pockets into aggressive marketing and catchy jingles, eventually convincing the American public that the bland, watery-light beer was the drink they had been waiting for. The success of Miller Lite soon had rivals Budweiser and Coors formulating starch-removed beers of their own, and the American light lager soon became the nation’s go-to drink for many sold by the slogan, “tastes great, less filling”. By the 1990’s the emerging craft beer movement had picked light lager as their chief rival to rally against, and to this day, craft trends tend to be the exact opposite of diet beer.

But there is a reason that it’s light beer and not pastry stouts found at every gas station and grocery store with an alcohol section. The inoffensive and watery flavor of light beer is what makes it so perfect for drinking poolside or floating down the river. As well made and consistent as they are milquetoast and bland, “diet beers” as they were once called, are as American as Applebee’s and Walmart. Thanks to decades of clever marketing, the public has come to believe that light beers keep you from experiencing the bloat and weight gain that’s associated with darker beer. The truth is that while 12 oz of Miller Lite contains 96 calories, Guinness Draught has only 125. Firestone Walker’s 805 Blonde Ale contains 141 calories. A 12 oz bottle of Lagunitas IPA contains 180 calories, doubling the calories of a Miller Lite, but infinitely giving more flavor and intensity. The higher the alcohol content, the greater the corresponding caloric intake; that’s just the nature of energy. It’s much easier to drink a 6-pack of light beer than it is a fuller flavored craft beer, so it is quite possible to consume more calories and end up even fuller by choosing light beer.

While many craft brewers are still occupied with churning out pastry stouts and milkshake IPA’s, there are savvy companies who have devoted themselves to creating light beers with more flavor than the old standbys, and Hangar 24 is one of them. Dubbed American Light, the Redlands based brewery is not the first to divide craft beer fans by tackling the style of beer once thought of as the enemy. While more and more casual beer drinkers discover craft, the market widens for diversity of style and interpretation of the old. Joseph Owaldes light beer is not going away anytime soon, but what can be done with it is up to the innovation and imagination of America’s craft breweries.