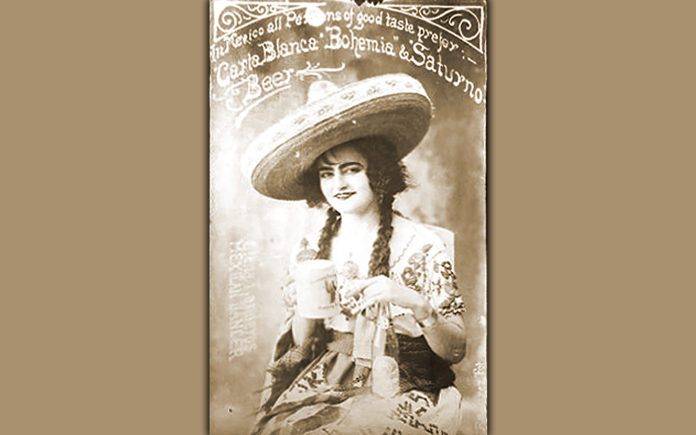 When Maximillian I accepted an offer to leave Austria to become the first Emperor of Mexico in April of 1864, he scarcely could predict that he was gonna end up executed on a firing line three years later.

Accepting that offer was a risky move on his part to begin with. Anyone who knows their Mexican history knows that Cinco de Mayo is a celebration of the Mexican Army’s upset-victory over the forces of the French empire in 1862.

See, long story short, Mexico’s president, Benito Juarez, had decided that paying back debts to his European creditors wasn’t exactly high on his to-do list anymore, and France took that as an opportunity to invade Mexico and expand their empire.

Mexico divided itself as some factions stayed loyal to president Juarez and his regime, while others supported the French occupation and wanted to revive monarchy in Mexico by installing the Austrian Archduke as their new ruler.

Maximillian showed up under good faith that his French allies were going regroup and take care of business for him, so when they bounced the hell out of Mexico in 1866, they left his ass high and dry, and thus ended the brief reign of the ill-fated Emperor.

That’s not to say ol’ Max didn’t leave a legacy. When he left Europe and traveled to Mexico, part of his entourage included his two trusted German brew masters, tasked with creating the Austrian royalty his favorite beers wherever he went. By all reports his favorite beer was the amber colored, bready-rich, thirst quenching beer from his homeland, now referred to as a Vienna lager. The Roman-Catholics and the upper-middle class conservatives who had supported Maximilian were fans of the style of beer that he brought with him to Mexico, and the popularity of Vienna lager persisted even after his death.

But in the three years Emperor Max reigned, beer thrived. Cerveceria Toluca created their Vienna lager, called “Victoria”, and you can still drive over to Rite-Aid and pick up a six-pack of the stuff today. Even after the end of the Second Mexican Empire (what the French called Mexico under their occupation), German immigrants continued to flock to Mexico, and bring with them a love of polka and oompa-music (makes totes sense right, when you think about all them tubas and accordions in banda music?), Oktoberfests, and beer.

Cerveceria Cuauhtémoc was founded in 1891, and was Mexico’s first, large-scale production brewery. Their flagship recipe was a Czech Pilsner; a pale colored, crisp and bitter lager that they christened “Bohemia” (the best of all the Mexican beers in my opinion), and by 1899, they expanded their portfolio to include a new recipe which they named “El Sol”, which is still the most popular beer in Mexico. 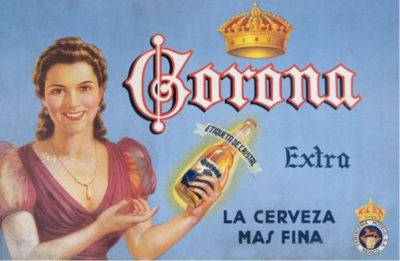 Around the same time Cuauhtémoc was brewing up their first batches of Bohemia, a joint venture between German and Mexican investors saw the creation of the Moctezuma Brewery, and the introduction of their flagship beer, Siglo XX. A German Pilsner named to introduce the coming 20th century, they soon thought of a better name for it; one that stuck. Dos Equis. The Moctezuma Brewery found success with their golden colored Pilsner, and followed up the recipe with their second creation; the amber colored and ever popular Vienna lager, simply named Dos Equis Amber.

By 1920, alcohol prohibition in the US lead to a boom in Yankees crossing the border into Mexico to partake in cerveza and tequila (alcohol prohibition also lead to a boom in organized crime and bootlegging, but that’s an entirely different story). Much like what’s recently happened in the US with larger breweries buying out and consolidating smaller ones, Mexico’s breweries began to fall under single banners.

Cerveceria Cuauhtémoc bought out Moctezuma Brewery, and added “Carta Blanca” to its flagship portfolio before purchasing the makers of another popular pale lager, the Tecate Brewery. Meanwhile, Cerveceria Modelo was killing the game with their popular Pilsner, Modelo Especial, and their pale lager, Corona. The company finally launched a Vienna lager of their own in 1930, a product known today as Modelo Negro. Within a few years, Modelo had purchased several popular breweries in Mexico, including Cerveceria Toluca, and by the 1950’s, had Victoria, Bohemia, Pacifica, and Estrella under their control.

The monopolization continued to the present day, with all major beer brands from Mexico produced by either Cerveceria Modelo/Grupo Modelo (with a stake owned by AB InBev) or Heineken Mexico (the name that replaced Cerveceria Cuautémoc-Moctezuma/FEMSA upon its purchase).

Sadly, many of the original recipes created by brewers in the 19th century have been watered-down and transformed from rich and flavorful brews to light and fizzy, mass-marketed, adjunct lagers.

However, many craft brewers in the US and Mexico have been working to revive the culture of Germano-Mexican brewing, and have reintroduced Vienna lagers and Czech pilsners to an audience that is thirsty to learn the origins of Mexican beer.