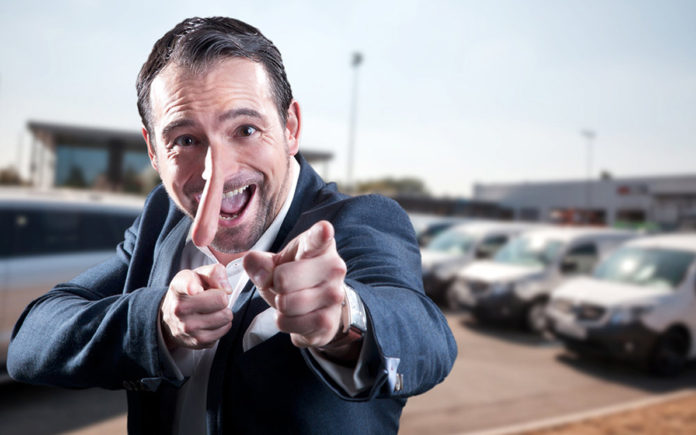 The Pinocchio Syndrome is a toxic condition where people and businesses use partial truths to create fictions that fit the narrative of the storyteller.  While doctors do not recognize this syndrome as a medical condition, you and I witness it countless times throughout the course of an average day.  Whether it is a half or quarter truth being spoken by President Trump or Speaker Pelosi, the biased reporting of CNN, Fox News or any one of our local equivalents, we are inundated with this type of bullshit constantly.

Many bogus storytellers grow bolder and bolder over time with facts becoming truthier and truthier until the storytelling Pinocchio begins confusing truth and fiction.  Eventually, people stop believing Pinocchio’s half-truths which long before devolved into a No Truth Zone.  With few believing these false narratives, the storyteller becomes increasingly desperate in their efforts to garner sympathetic support for whatever alternate reality that they are pitching.

Why do I bring this up?

There are Pinocchio’s amongst us…and their numbers seem to grow every day.  It could be the end of us as a society if we are not careful.  While people prepare for the Zombie Apocolypse, Pinocchios have taken over most parts of our government and infiltrated our corporate boardrooms and our news outlets.

Pinocchios show up on our doorsteps pitching solar, salvation and an assortment of other things.   Sometimes they show up at your job and inexplicably rise throughout the organization without any apparent talent.

According to The Learning Mind, the most innocent of lies are white and not considered a lie by many.  Saying you enjoyed the Thanksgiving turkey that was almost dried to the jerky state is seen as a good thing to do in preserving family relations.

A careless lie is a sign of disrespect toward the person whom you tell it to.  Is the lie because you were too lazy to put the intellectual energy into a more honest response or were you just trying to participate in the dialog despite a vague to non-existent grasp of the truth?

The worst of liars is the occasional liar.  These are the people whom you want to play poker with as they are not accustomed to telling half-truths and show behaviors that betray their less than sincere ways.

Compulsive liars will bend, twist and trample the truth.  Why?  Most psychologists will blame it on a bad childhood.  These types of liars are typically pathological sociopaths who will say anything to get their way and have little concern for the damage caused by their less than truthful words.   This behavior is common amongst people with experience running political campaigns – the win is more important than the reason for the campaign in the first place.

In all candor, where there is money to be made, power to be grabbed, or an ego to be boosted, you will find an inordinate number of sociopaths.  The dangerous part about people who are pathological sociopaths is that they study us with the intent of exploiting our weaknesses.  Think of sociopaths like those smart dinosaurs in whatever Jurassic Park hit the movie theatre last.  These folks lack empathy meaning that any empathy that they show is insincere and meant to manipulate.

As a reminder, if anyone ever calls you offering to give you money for any reason…and that person is not related to you, they are lying…especially calls or emails from Nigeria.  As hard as it is to believe, there are no princes looking for help from you.

Lastly, if anyone offers you a hot stock tip over the phone on a penny stock, hang up.