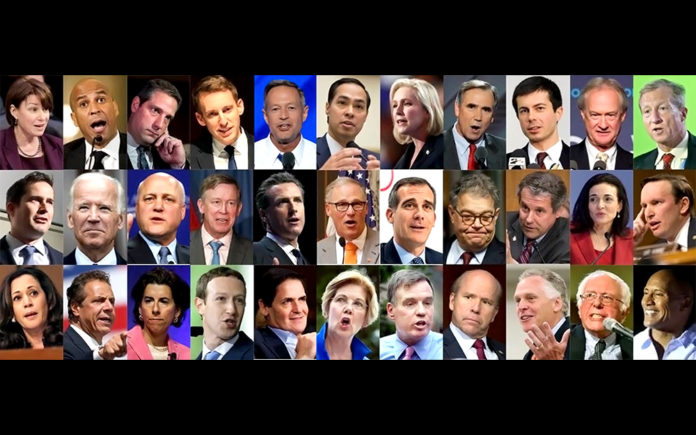 With the NCAA championships under way and seemingly every ad referring to ‘March Madness,’ I got to thinking of all of the real madness has been going on around us of late.  Most of us have heard of the tragic New Zealand mosque shootings, the Boeing 737 Max crashes that led to the planes ultimate grounding as well as the widespread college cheating scandal.

The concept that the wealthy can buy their way into any university is not news to most of us.  The fact that it went on as long as it did with so many people involved excluding a school administrator or a board member was the real surprise.

It should come as no surprise that Premier Li Keqiang, the second most powerful person in China, stated that the Chinese government does not tell Chinese companies to spy on their behalf.  What would have been news is if China actually admitted to their rampant and decades old illegal behavior that would land you or me in jail in any country in the world – including China.

Speaking of alleged liars, have you ever tried La Croix sparkling water?  It comes in a number of unique flavors like blackberry, cucumber and apricot.  La Croix takes pride in stating that their bubble-infused waters are pure and made only of natural ingredients.  This claim was challenged in a lawsuit filed last year that alleges that La Croix includes synthetic ingredients in their sparking water such as limonene, linalool proionate and linalool. These synthetic products can be found in cancer drugs and cockroach insecticide while having the potential to cause kidney damage.  The lawsuit is based on as yet unsealed analysis of La Croix products at the University of Georgia Center for Applied Isotopes.  La Croix response has been to deny the claims and not much more.  Four months later and in response to rapidly falling sales, La Croix’ billionaire CEO, Nick Caporella, compared managing the beverage brand to caring for a disabled person while saying the decline in sales was an “injustice.”  Most public relations firms have been suggesting for months that La Croix use an independent Food and Drug Administration certified lab to show the world that the lawsuit is frivolous.  Caporella, who was already embattled after sexual misconduct claims by two of his personal pilots, prefers to make bombastic statements with no substance.

The Federal Appeals Court ruled that a woman’s constitutional rights were violated when she was given a ticket for giving a Detroit policeman the finger.  She had already been pulled over for speeding and given a ticket when the woman gave the ticketing officer the unceremonious salute while pulling away.  At that point, the officer puller her over again and gave her a more serious ticket.  Let’s hope she is not entitled to financial damages. 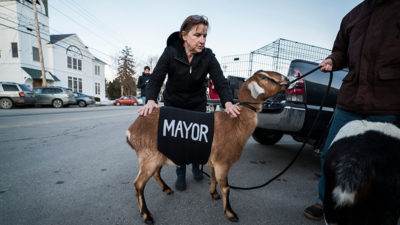 Fair Haven, Vermont just elected Lincoln the nanny Goat as their honorary Mayor.  The town manager to this community of 2,500 humans thought it might be a fun gesture to let residents nominate their pets for a chance to serve as the town’s first honorary mayor.  While the stunt only raised $100 for the town’s playground, the activity gave many elementary school aged children a good lesson in government and elections.  Keep an eye out for Lincoln who will lead this year’s Memorial Day Parade wearing his specially made sash.

Sure to raise a lot more money is the race for President of the United States of America.  It is estimated that $3 billion could be spent on the 2020 Presidential election which equates to approximately $25 a vote.

At this point, the Democratic field of Presidential contenders is closer to the size of a NFL team than a Major League Baseball team.  As a reminder, Baseball’s Opening Day is March 28th.

Haddon Libby is the Founder and Managing Partner of Winslow Drake, a fiduciary investment advisory practice.  For more information on their award-nominated services, contact Haddon at HLibby@WinslowDrake.com or visit www.WinslowDrake.com.