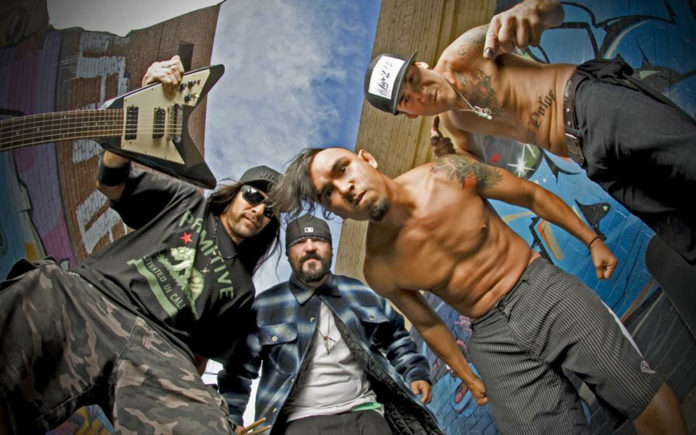 For anyone who knows Se7en4 and has been to one of their shows and followed their career, you know that they have built a reputation on being the original PD party boys with their legendary antics full of mayhem and debauchery. While it’s been over 17 years since the band started back in 2000, they still bring that raw, in your face, raucous, hard driving, unapologetic, punk rock shenanigans to every performance.

The band has never broken up, but has taken a few ‘breaks’ over the years and has also gone through many personal and personnel changes including the passing of guitar duties from original member Chris Cole, to current guitar player Pete Burquez, as well as going through a few bassists including original member John McCarthy, followed by Elexis “Eli” Becken, Armando Flores, and currently Trevino Martin.

This Friday, February 16, marks the return of Se7en4, as the band has not performed in the valley since September of 2016. Always being a band that can pack any venue they play, this is a show not to be missed. Not only will Nick ‘Nico’ Flores (frontman), ‘Pinche’ Pete Burquez (guitar), Trevino Martin (bass) and Steven Hall (drums) deliver a no holds barred performance, but they will also be joined by old friend and former bassist Eli Becken on a few songs. Becken (formerly of Phallus) moved to Texas a few years ago, but recently moved back and is excited to mix it up again with the guys. 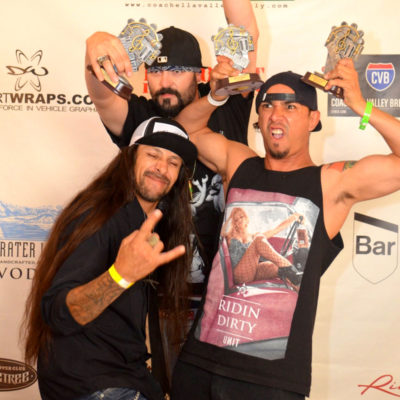 Over the last 5 years, Se7en4 has been nominated for and won several CV Music Awards including: Best Frontman (Nick Flores), Best Drummer (Steven Hall), Best Punk Band and Best Album for Let’s Get High and Fight.

At one point all band members resided here in the CV, but currently only Flores lives here with Martin living in Santa Cruz and Hall and Burquez living in LA, making it more difficult to rehearse and work on new material. Hall has been doing his other musical endeavor, Drum Hall, for the last few years, with a warm reception by fans. Martin and Burquez are working on a side project together as well. I caught up with the guys over the last week via several emails and phone calls to find out where the band currently stands.

CVW: Why has it taken so long to do another show? And what made you guys come out of hibernation now for this show?

Nico: “Distractions and short attention spans is all. What brought us back? Steve and I are single again, Pete and Trevino haven’t been deported, plus we’re all still very good looking so….”

CVW: The valley has been Se7en4’s home base. With all of you now living out of town except Nick how has that changed the dynamic of the band?

Nico:  “It’s kind of been like that for long time now, quite a long time… so nothing really has changed.”

CVW: You also all have some side projects going on. Can you each share about those?

Nico: “I think you mean side ho’s and no we can’t talk about those.”

CVW: What have been your most memorable performances as a band? 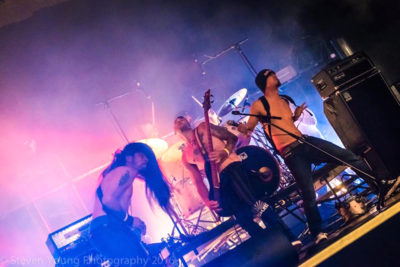 Nico: “Playing right before Prong at a sold out Whiskey a Go Go show in Hollywood was pretty fucking rad. Also, HELMET and SNOT were great bands to share the stage with.”

CVW: How does it feel to still have such a strong fan base even though you don’t play a lot of shows anymore?

Pete: “I personally want to thank everybody that has come out and supported Se7en4 throughout the years. You guys rule!!!”

CVW: How do you feel the music scene in the valley differs from the one in LA?

Nico: “Both are great. LA is LA, it’s always fun and they LOVE the desert.”

Pete: “There are more venues to play in LA than the desert is what differs from the valley.”

Steve: “LA is more business where the valley is more laid back. I love them both equally.”

CVW: How do you feel the scene here in the CV has changed since when you first started the band?

Nico: “I love it! There are more venues for artists than ever before and all these super talented musicians are popping up out of nowhere, but really they’ve been here this whole time.”

Steve: “There are more venues and more rock bands and that right there is fucking awesome!”

CVW: What can fans expect from the show on Feb. 16? Any new tricks up your sleeve?

Nico: “First off, we are playing with some bad ass fucking bands.  Death in Pretty Wrapping, Mega Sun and Sleazy Cortez, so right off the bat it’s gonna be a sick fucking show! From Se7en4 you can expect an explosive in your face set of melody and aggression with lots of energy from everyone in the band.” 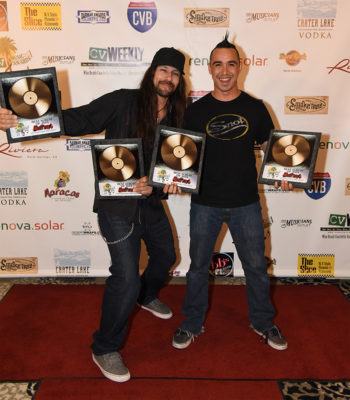 Pete: “I’m doing this show for all the great friends and Se7en4 fans we’ve made along the way.”

Se7en4 will be joined by Death in Pretty Wrapping, Mega Sun and Sleazy Cortez, who are replacing The DTease, who were originally scheduled to perform, but had to cancel due to the death of the lead singer’s father. We extend our condolences and look forward to bringing them to the desert in the near future.