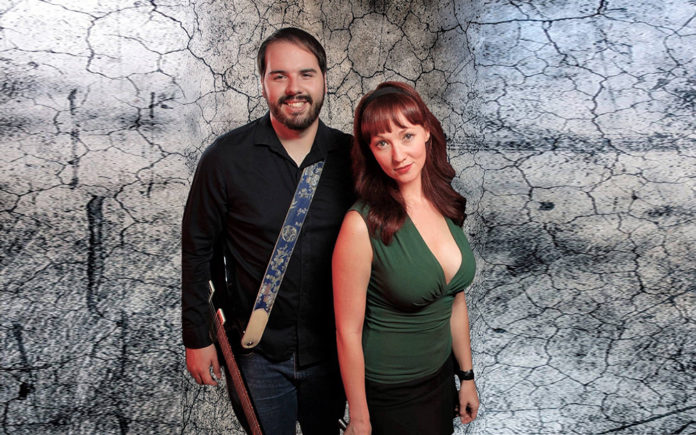 The Sieve & The Saddle’s first album and self-titled LP will be released on Tuesday, February 12th, 2019 in digital stores worldwide. Comprised of Morgan Alise James (vocals) and Johnny Carmona (guitar), The Sieve & The Saddle contributes a haunting sound that lyrically discerns the good from bad. James and Carmona are in full command as they rule through their passion and demonstrate the power of expression and denial on this album.

Coachella Valley Weekly linked up with James to discuss the new album.

CVW: Overall, how are you feeling about the upcoming 02/12/19 release of your new album?

James: “Johnny and I are thrilled to finally be releasing this album. We have been working on it for a year and a half so it feels good to have it complete. We really feel that this album has so much depth, and for me, the lyrics are deeply personal.”

CVW: The music is described as Blues-Country-Folk-Rock. Can you further describe your sound?

James: “The album really spans a plethora of genres. It has been described as Southern Rock, Blues Rock, Indie Rock, Americana, and Fringe Country. Our songs would fit on any Alt Rock station, Adult Contemporary and a few songs could work for Country. Our publicist says that the album has that familiar classic ‘Laurel Canyon’ feel of the 60’s, but with the heavy, rocked out production of today. We haven’t been able to find a band with a sound like ours so I guess fans will have to just listen and see what they think.”

CVW: What is it like having your significant other as your bandmate? What unique challenges have you both experienced?

James: “It’s great! Johnny and I have been playing cover music together for five and a half years so we are very familiar with how each other works. When we began dating and decided to write the album and re-brand as The Sieve & The Saddle, we were able to knock out several songs within just a few months and really find our unique sound. We were best friends before we started dating so we have been able to say, ‘Hey I don’t really like that note, or melody, or vibe.’”

CVW: How much of your identity as an artist is connected to being a Coachella Valley resident?

James: “Well Johnny grew up in the Coachella Valley and played in high school bands at many of the local venues. The Coachella Valley has had a huge impact on me as a person and as an artist. I grew up in Orange County and moved to a few different states before the Coachella Valley and it seemed I could never quite find my place in the world. It wasn’t until I settled into the Coachella Valley 9 years ago that I found myself feeling like I was home. This is definitely home. I am so grateful to have launched my music career here and found the open arms of the music community. We are all so supportive of one another, putting on shows and playing alongside each other.”

CVW: You received a ‘Best Duo’ nomination at last year’s Coachella Valley Music Awards (CVMA). What was that like for you?

James: “You know that was such a BIG deal for us. We had just announced our re-brand as The Sieve & The Saddle and really just played a few shows as such. We have put together so many events for the music community over the years like the CV Open Mic Competition, Intimate Acoustics, The Jam Sessions, and I hosted a radio show and brought in local musicians every week to play live. I LOVE helping people. I love seeing other people succeed so it always felt good to do those events. The thing was, some people didn’t realize that I was a musician myself! So getting the nomination last year really brought that to light and we were so grateful. I have had the fortune of hosting the CV Music Awards for the last two years and it is such a special event for the community. It makes such an impact for us as artists to be recognized by our peers in that way.”

CVW: You identify The Winery Dogs (one of my favorite bands) and other artists as influential. What Coachella Valley/High Desert artists have made an impact on you?

James: “There are so many Coachella Valley artists that we love. SO MANY. Derek Jordan Gregg inspires me to write deeply and more poetic and inspires Johnny to keep up on his guitar skills. The Hive Minds will always have a special place in my heart. We have also always loved the music of Caxton. They are like rock stars to us. Courtney Chambers, Giselle Woo, and Symara Stone are such incredible inspirations for me vocally and these girls rock not only as musicians, but they are each just absolutely beautiful people and remind me to appreciate every single day. Right now, I am a huge fan of Right On! Right On! and could listen to those guys jam out all day. Oh and yesterday, I discovered that Rick Shelley and Michael Keeth follow me on Instagram and I about died. Wow! I can’t believe that those guys aren’t out touring the world. Hearing all of these local CV artists keeps us pushing for a better sound, deeper lyrics, better production, and lots more practice!”

CVW: CVMA ‘Best Producer’ (2018) Will Sturgeon worked on the album, how did you come to choose to record at ‘The Sturdio’? What was his influence on the recording?

James: “I was listening to Jimi Fitz on CV 104.3 and he played Little Mexico by The Flusters one morning and mentioned it was produced by Will Sturgeon. It is such a great song and I was impressed by the production. This was just as Johnny and I were wrapping up writing most of our album so what an incredibly lucky occurrence for us that we knew Will and asked to speak with him about producing our album. It was really a match made in heaven because Will has the talent to understand exactly the vibe we were trying to achieve and offer insight on additional instrumentation to really get an incredible, professional sound. We were absolutely blessed to work with him.”

CVW: The album artwork features what appears to be a raven and was developed by Wesley Gainey of ‘8 Bit Imaginations’. What does the imagery represent? 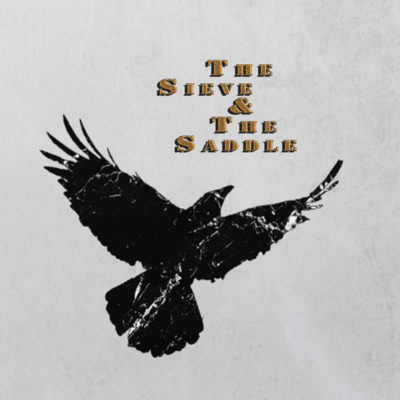 James: “Although our album is self-titled, we have a song named Raven. In ancient cultures ravens were visionaries and secret keepers whispering focus to holy men and fortunes to kings. They also symbolize transformation. A lot of my lyrics are about the struggle of the concept of good and evil and religion in general as it relates to the decisions we as humans face every day. I felt the raven would be a nice clean, yet haunting image for our album. Wes Gainey took my concept and brought it to life in his art for our album and we love it!”

CVW: You are involved in many aspects of the local music scene. What regular events are you currently involved in?

James: “Right now we are in our 4th year of Intimate Acoustics which is a monthly acoustic music showcase at Plan B Live Entertainment & Cocktails in Thousand Palms every 2nd Thursday. I also produce music videos for local artists like Desert Pirates.”

We asked James to give us some background of each track on the album:

“A moody bluesy heavy rock song about moving on. When you get to a point in life where you know it’s time to move on, but it’s scary not knowing what lies ahead.”

“A soulful, hand clapping, full of guitars type of sound with some pretty interesting lyrics. It’s about the choices we make in life that may go against the status quo. It has classic blues themes of selling your soul and finding out who you truly are.”

“Here Is Gone has sweet beautiful undertones in the verses, but dark heavy guitar choruses. The lyrics touch sin, temptation, freedom, enslavement, death and the afterlife. You can’t go back once your veil has lifted.”

“Full of energy and twangy, sounds. It’s very rock, very country, a lot of soul. It’s really lusty. It’s about the beginnings of a relationship when things are such a rush and you want to scream from the mountain tops how amazing you feel- and ok to admit it.”

“More like classic rock, 90s rock feel. It has some great musical elements and the lyrics are about remembering the highlights of a beautiful relationship that has fallen apart, having gratitude and then moving forward.”

“Wear It Twice is definitely country. We started out playing in a country band so this is our homage to that I think. It’s acoustic-ish. Like playing a fun song in a bar with everyone singing along. Sometimes you gotta Wear it Twice, Sometimes you oughtta roll the dice! Make the best with what you’ve got and enjoy life type of song.”

Will Sturgeon on working with The Sieve & The Saddle:

“We’ve been working together in The Sturdio for about a year and a half on these songs, stealing time after work and on weekends to have short sessions. It was a fun project to work on because they would bring in a song with just acoustic guitar and vocals, and then say ‘we want this to be James-Bond-theme-song vibe’ (a vibe which is definitely not solo acoustic guitar), and we would explore a bunch of different options for arrangement to find something that was unique to their taste. We brought in a special guest violinist, Eric Frankson, to help realize that one specific vision on Midnight Hung the Moon, and had a great time on all of the other songs defining a sound for The Sieve & the Saddle. Some of these tracks are like Muse mixed with Dolly Parton, which I think sums it up! In addition, Morgan and Johnny are just the nicest people in the desert so it was fun to hang. I wanted to help them make a first record that they can be proud of, and I think we did that. It’s a great mix of pop, rock, and twang that The Sturdio is proud to have been a part of.”