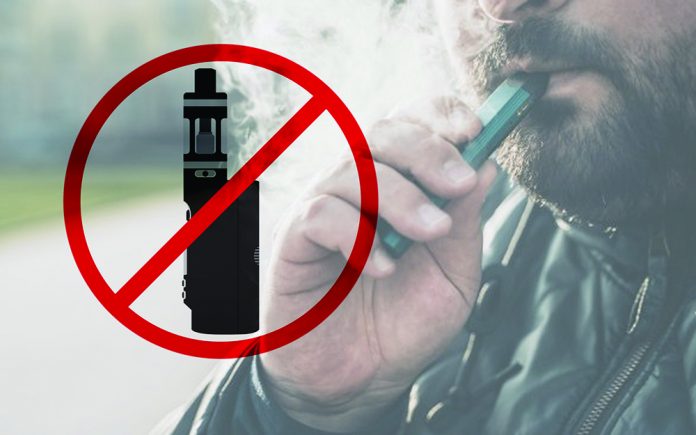 In May of 2019 New York University conducted a panel discussion that approached nicotine from a harm reduction perspective particularly regarding marginalized communities who smoke the most. Panelists included Dr. Sheila Vakharia, a researcher for the Office of Academic Engagement at the Drug Policy Alliance; Senior Editor Helen Redmond, LCSW of Filter; and Dr. Marewa Glover, the director of New Zealand’s Centre of Research Excellence on Indigenous Sovereignty and Smoking.

The panel pointed out the fear of youth smoking has taken out of the discussion “why’ people smoke. Increasing taxes only effects the poor who smoke and makes them turn to the illegal way of finding relief for the anxiety or other mental illness they have. Prohibition is just another articulation of oppression. No smoking or vaping in public housing puts the poor into homelessness. Often smoking is prohibited in leases and can lead to eviction. Vaping/Smoking cessation does not work.

In the UK, a far more receptive community to vaping, where over 3 million people now vape, over 90% have either quit smoking or switched from smoking to vaping a more harm reduction choice. E-cigarettes are more popular than nicotine gum or patches because they still offer the ritual of smoking which is soothing. What the US Center for Disease Control (CDC) statistics tell us is that when teens are asked if they are smoking in the last year month or now, study results tell us teens are experimenting with nicotine. It does not tell us they are using vaping to the degree that it causes problems in their lives or impacts their health negatively. Dr. Vakharia further states that “nicotine consumed through harm reduction devices is a maintenance drug like methadone or buprenorphine.”

The CDC quickly in 2018 branded the vape deaths to e-cigarettes, yet it waited a month to concede that the respiratory illnesses and deaths were due to tainted THC or the use of Vitamin E acetate as the diluent. Yet the CDC and state governments continue to use scare tactics instead of facts. It is essential that licensed cannabis vapes not be banned, since this will drive consumers to more dangerous illicit products. Prohibition of flavors or vaping is not the answer to EVALI. EVALI is the name given by the CDC to the dangerous, newly identified lung disease linked to vaping.

The US continues to cater to the lobbyist for the tobacco companies. The US ban on flavors affecting the Juul and cannabis products does not affect the other non-nicotine products that the tobacco companies sell. We should not lose the context that of the 2,200 plus cases of EVIL only 47 were confirmed deaths whereas the CDC reports cigarette smoking causes about one of every five deaths in the United States each year or more than 480,000 deaths annually. There are 1,300 smoking deaths in the US per day.

The Filter, an online magazine, reported “the demographics of health inequalities are similar in the US and UK. Communities of color, LGBTQ communities, older people, lower-income people, people with mental health diagnoses, veterans, homeless populations and people who use illicit drugs all smoke at high rates.”

The Royal College of Psychiatrists, in a 2018 position statement, argues that both the prescription of drugs like Chantix and e-cigarettes can be viable smoking cessation solutions for people who suffer from severe mental illness (SMI). All mental health providers should have policies in place that facilitate safe and effective vaping.”

The Federal Drug Administration (FDA) is a big part of the vaping problem. Project CBD and other leaders in the cannabis industry have been asking the FDA to regulate additives and diluents. Any thinning agent or flavor-enhancing chemical that has not been safety tested for heat and inhalation exposure should be prohibited as a cannabis oil additive. Maybe that is why President Trump in his 2020 budget is moving the regulation of tobacco out of the FDA and into a separate agency.

Questions on vaping and cannabis can be answered by Ruth A Hill RN at hilruth@gmail.com