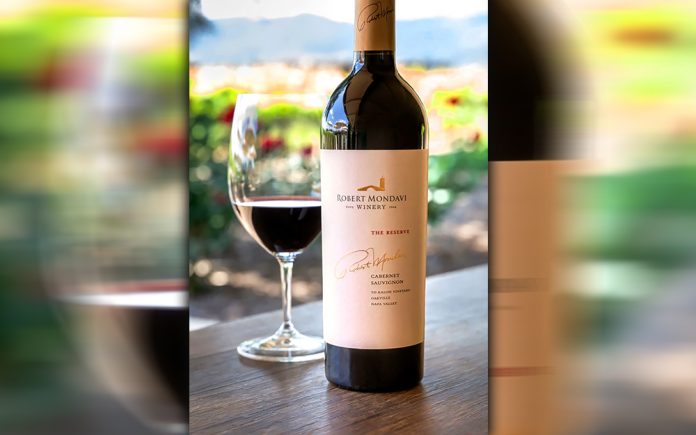 It’s surely a treat to be writing on two delicious red wines that are now currently on the shelves in our desert valley.  And as we know, because we are desert dwellers, our session of winter tends to be rather brief.  And soon after our Valentine’s Day rosé sparkler articles, we’re swift to meet up with the warmer weather rosé wines, sparklers, charming Chardonnays, and searing Sauv Blancs.

But boy—do we love our red wines!  And it’s time to talk about them.  We’ve just enjoyed two recently released 2016 vintage wines: a wonderful Bordeaux, Château Malescasse, and, a legend in California Cabernet Sauvignon, the Robert Mondavi Reserve To Kalon Vineyard.  One is from a classic wine region and is reasonably priced for dining at any moment’s notice; the other, is more than a treat—it’s tasting both history and quintessential wine making in a bottle

For you Cab fans, each of these wines are deserving of their own complete full article.  And I’ll probably write again this year on them, as they are wines to be savored and experienced.  But the reality of publication is what it is—so let’s get to these winsome reds.

For the older set of American red wine lovers—aka Cab Sauv lovers, we grew up not only appreciating Bordeaux reds, but really loving them and being aware of the different regions of the Bordeaux area.  It was fun: you were a Paulliac fan loving the Lafites and the Lynch Bages, or Saint Julian with all the Leovilles, or the magnificent Margaux.  We cherished the French Cabs along with its blends; we also cherished (with an alert understanding) the Cabs of Napa and Sonoma.

The younger set of Cabernet Sauvingon lovers were more likely inundated with the stunning California stuff—as there were so many great ones being released in the last ten/twenty years.  Bordeaux on the other hand, unfortunately, became a bit distant in the hearts and minds of a new vino set—but a great Cab from anywhere is always treasured.

But Bordeaux is back in the news again; interest in the most famous wine area in the world is on the up-swing, so let’s take a look at one of its new stars: Château Malescasse, with a new winery and cellar is now one of the best Cru Bourgeois clarets on the market. Its vineyards are located in the Haut-Médoc, barely a mile away from the Gironde River and consist of 37 hectares of vineyards.  It was one of the first to be replanted in the “new” Bordeaux era.

By the way, the term Cru Bourgeois generally designates those superior wineries that were not considered when the famous 1855 Bordeaux classification first rated and listed the wineries in existence.  And what it means for wine lovers is that you’ll find a reasonably priced Bordeaux wine that delivers the region’s style, character and quality.

I’m bringing this red wine to your attention because Château Malescasse is a Cru Bourgeois estate that competes with much more expensive Bordeaux chateaux.  At only around $22, it tastes as wonderful as a more famous Bordeaux wine at five times the cost!

It’s rich, round, and ripe with fleshy full flavors of cassis, plums, dark berries, a touch of mint and licorice, with a wonderful perfume of the terroir found in and around the Margaux region.; a great velvety texture. The wine is a blend of 46% Cabernet Sauvignon, 44% Merlot and 10% Cabernet Franc. Fermented in stainless steel vats and then matured in oak barriques (25% new) for 14 months.  It’s one of the best Bordeaux deals in town—as we said, Bordeaux (at a great price) is back!

2016 Robert Mondavi Reserve To Kalon Vineyard. ($175) We wine columnists taste through a lot of wine and write on the stuff we believe to be an exciting quaff for our readers.  And then there are those select bottles—only a few per year that can surely be deemed “a liquid work of art”; wines whose flavors, textures and complexities stay in the mind of a wine lover for a long time.

You California Cab lovers who’ve had the money to buy the high-end stuff, know well the Mondavi Reserve wines; the winemaker’s philosophy of crafting wines that are powerful, yet absolutely elegant; the sophisticated flavors of black fruit, warm spices; intense complexities, style and balance.

It’s been written, “When Robert Mondavi chose the To Kalon Vineyard in west Oakville as the home for his new winery in 1966 he remarked that, ‘It was a vineyard with a distinguished history and a magical nature. Ideal soils, sunlight, and rain—to my eye, the vineyard was a treasure.’ Those sentiments were re-confirmed when the To Kalon Vineyard was named the Vineyard of the Year by the California State Farm Bureau in 2011.”

2016 was a near-perfect growing season which continued through harvest and the grapes were safely in the cellar as the valley’s first significant rainstorm arrived late October.

Having the pleasure recently to enjoy this Mondavi Reserve with a New York Steak au Poive, we found aromas, flavors, and complexities off the board. The bouquet consisted of dried roses, violets, and dried Provence herbs; then the fruit aromas of wild blueberries, red and black currants with a quick nose of tobacco and cardamon came to light.

Clearly, this 2016 Mondavi Reserve To Kalon Vineyard will be the California treat of the year.  You rich folk will enjoy this Cab immensely; your high expectations will be exceeded.  For the rest of us, it will be the wine gift of the year either to ourselves or to a deserving wine lover friend.  Cheers!