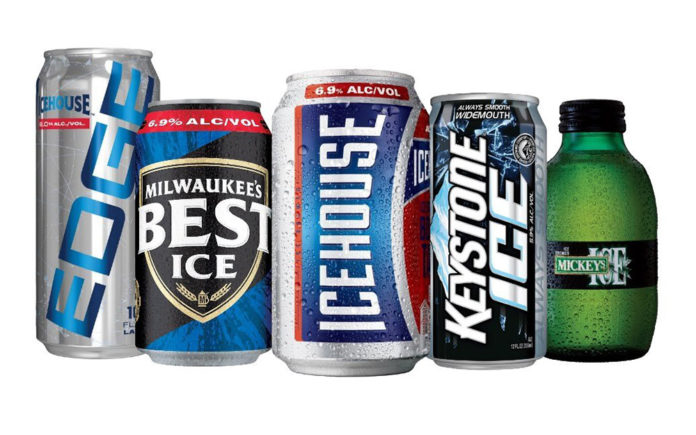 Listen, since I started this column, my entire approach to writing has been to draft educational articles disguised as fluff pieces. To inform and entertain, and possibly teach you something while giving you a good laugh. But not this week. You won’t learn anything useful this week. I’m not going to broaden your horizons or challenge your perceptions. I’m not even going to tell you something you don’t already know. I’m sitting here, holding a can of Natty Ice; a beer you and I both know isn’t anything you serve out of a shaker pint let alone a Belgian tulip glass. Why? Because sometimes, you just have to slum it. Sometimes, you’ve got to go back to the Hood to appreciate the suburbs. Sometimes, you’ve got to drink garb beer, and this beer is totes garb.

Before refrigeration came along, people would brew in spring and store the beer in dark, dank caves over the warmer months. In fact, a 1553 Bavarian brewing ordinance decreed that beer could only be brewed between 29 September and 23 April (the popular Märzen style of beer that you drank too much of over Oktoberfest is named after the month of March, the time of year that it was brewed before being cellared until late September).

Brewers who cellared their beer over cold winters would find their beer partially frozen, an easy fix that only required you to scoop out ice chunks before serving. Now, people back then may have thought that the world was flat (and some still do, because, you know, it’s 2018) but they didn’t have to think very hard when it came to their beer. A couple of horns (I imagine everyone back then drank beer out of horns. Maybe even the skulls of their enemies. Please don’t correct me on this and ruin it for me.) of this beer was all they needed to know that partially-frozen beer with ice chunks scooped out of it was stronger and more alcoholic than its non-frozen counterparts. German brewers began purposely freezing their doppelbocks and removing ice from it, thereby condensing the alcohol and creating a stronger beer. This drink was named Eisbock biere, and it’s still a recognized style. 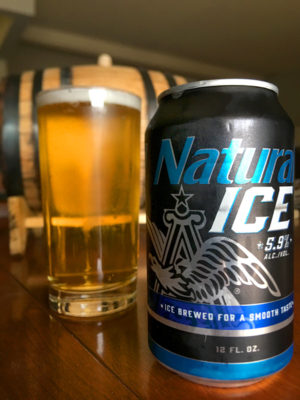 In 1993, craft beer was just beginning to crawl out of the primordial ooze, and the American beer market was dominated by Budweiser, Miller, and Coors. With the last big beer trend of that time being Zima, marketing teams were racking their brains trying to figure out the next trend to sell the American public. Eisbock beer was introduced to Canada by the Niagara Falls Brewing Company just four years prior, and in true mass-marketing fashion, the style was lifted and applied to American pale lagers. Molson Ice was the first to be introduced to the market by its parent company, Coors, and was followed in 1995 by Anheuser Busch’s Natural Ice. The big brother of perennial cheap beer Natural Light, Natty Ice’s website claims it to be America’s best-selling ice beer. Which is like crowing that chlamydia is the most reported STD in America. That shit ain’t nothing to brag about. 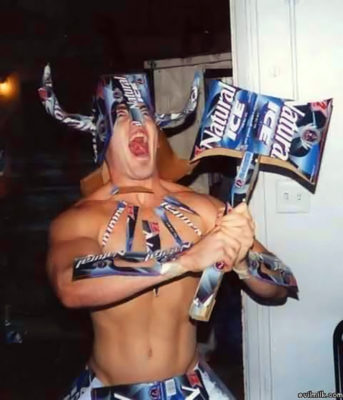 So here I sit, cold Natty Ice in hand, ready to sip and talk some smack, only things don’t go according to plan. Vinepair rated Natural Ice as the second worst beer in the world (Natural Light took top honors, yeesh), but one sip proved to me that whoever wrote that Vinepair article was a pandering to an audience. While not what I’d call robustly flavored, a light corn sweetness shines through without bitterness or hop presence to balance it, giving it a delicately sweet flavor. Consumed ice cold, Natty Ice is free from the cloying and boozy notes I’d expected to find from this type of beer (I’ve always associated ice beer and malt liquor in my mind; brews for the masses to get drunk on). For its ridiculously low price point, this beer is light years in taste above similarly priced Rolling Rock and Miller High Life. The craft beer brewer in me actually wants to give props to the brewmaster who created this recipe, It’s skillfully made.

Forcing myself to drink this product was like forcing myself to eat Lima beans and discovering I really don’t mind the flavor. Natty Ice’s reputation as a totes garb beer is due to its being coopted as the drink of choice by undiscriminating beer drinkers, or as I like to call them, totes garb peeps. See you next week, everybody!