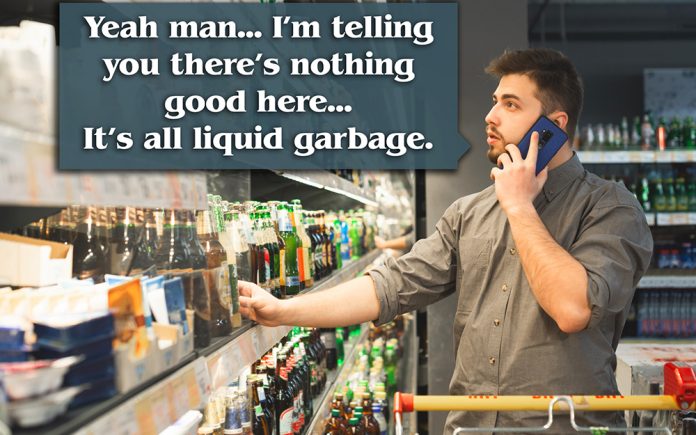 Drugstores always seem to sell the most random plethora of sundries. Walgreens will sell you atomic beam, LED light, solar powered tiki torches to go with your Claritin. At Rite-Aid, you can purchase Tylenol PM one isle over from the hemp and copper infused, back support belts; the ones with the big “as seen on TV” stickers on them. CVS is one a one-stop-shop for when you need both Plan B and hot pink, leopard print jeggings. Pharmacies have almost everything you need; you can pick up your Valtrex, rechargeable MP3 audio Bibles, and a three-pack of Genie Bra without having to make multiple stops. The only thing you can’t seem to find at corner store in 2020 is decent craft beer.

It’s been 11 years since Beer Wars, a 2009 documentary film highlighting the differences between large corporate breweries like Anheuser-Busch, and the smaller independent breweries that competed against them. Viewers were introduced to figures like Sam Calagione of Milton, Delaware’s Dogfish Head, and Greg Koch of San Diego, California’s Stone; two men who’s attitudes and ethics bookended a movement of artisan brewers fighting for shelf space against a sea of tepid lagers. It’s been 11 years since Beer Wars, and today’s independent brewers are now fighting for shelf space against corporate owned and specifically monopolized IPAs that taste just like theirs. Sam Calagione and Greg Koch may no longer be the little guys-they’ve managed to even turn a whole slew of preening craft beer partisans against them – but their products are still nowhere to be found near Walmart, Walgreens, or any national retail chain. Make no mistakes about it, I still can’t get a decent fucking craft beer at CVS because the beer wars never ended, they’ve just been subverted.

The lone, single IPA at my local Walmart is Elysian Brewing’s Spacedust. It sits next to the imports like Peroni, Guinness and Stella, because those quartet of beers make up the entire section of beer cooler that isn’t Budweiser, Miller, or Coors. The aforementioned Natural Light and Smirnoff seltzers are given more room to breath than the entire craft and non-domestic section. The only reason that Space Dust is there in the first place is that it’s an Anheuser-Busch-and-friends owned beer. Yes folks, once massive conglomerate breweries started seeing declining sales due to the public’s growing thirst for IPAs, they pulled out one of the oldest tricks in the Art of War, and eliminated their rivals by buying them. Like the wolf of main street, AB InBev managed to take out a bulk of competition in the 2010’s through mergers and acquisitions. They purchased Elysian, Golden Road, and Goose island breweries outright. Through boardroom barbarianism they sacked Stella Artois. Through hostile takeovers they conquered Peroni, Grolsch, and Pilsner Urquell. AB InBev didn’t become the biggest beverage manufacturer through having scruples and espousing ethics. They did it through symbolically raping and pillaging a landscape that they already lorded over, absorbing smaller entities like a pilsner soaked roman empire.

Beer Wars focused on Ab InBev’s controversies, shedding light on a global goliath intent on keeping the little David’s from gathering stones. In the decade since the documentary debuted, the conglomerate of suds continued to play fast and loose with the rules, doing whatever it took to stay on top. In October 2015, the company was investigated by the US Justice dept for buying out beer distributors and preventing them from selling the beer of its competitors. In September 2016, it was reported that Ab InBev had paid $6 million in fines for violations of bribery laws, and for silencing a whistleblower. In May 2017, the company was criticized for reportedly engaging in anti-competitive practices by purchasing entire supplies of hops in order to make those hops unavailable to any US craft brewers. Similar anti-competition claims were made when Ab InBev purchased Northern Brewer, the biggest homebrew-supply chain in the US. The following month, Ab InBev purchased the beer rating website, RateBeer rightfully leading to conflict of interest concerns.

It isn’t just Ab InBev that’s in an arms race to disarm upstart independents. Heineken purchased the Lagunitas brewing company, killing its status as an independent craft company. Constellation did the same with Ballast Point, both corporations effectively ending the independence of two of California’s leading artisan beer makers. The next time you’re at a national retailer, be it a pharmacy or a big box store, notice what craft brands are available, if any. It’ll most likely be from a company owned by an global conglomerate, who has the deep pockets and unfair playbook to make sure smaller companies aren’t competing for that same space. 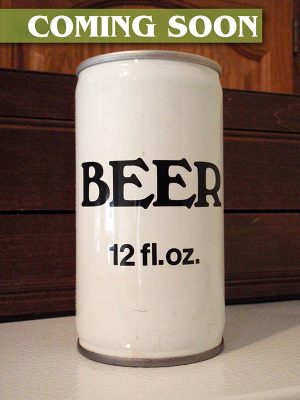 I’m not imploring you to buy local, or to support small independent breweries. That choice is yours to make, and I know sentiment only goes so far when your bank account is always low. But understand that the choice you see in the refrigerator section is just an illusion, and the craft beers they offer aren’t independently made. The beer wars, documented so thoroughly over a decade ago, are still being waged. Both sides have graduated to guerilla warfare, and only time will show who wins the next skirmish.