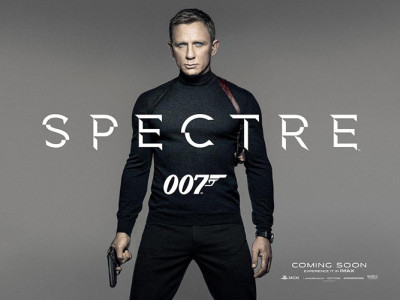 SPECTRE
For me, Sean Connery will always be the real James Bond. But among all the men who have been issued that emblematic license to kill since Connery, Daniel Craig is the best fit of a no-nonsense spy on world-saving missions. I loved SKYFALL — both its relevant world threat and meticulous, eye-popping craftsmanship. Director Sam Mendes pulled out all the stops and somehow got it all on the screen.  It was a bull’s-eye.

The follow-up, also directed by Mendes, pulls the viewer in with a long, spectacular, tracking shot in the midst of a Day of the Dead parade in Mexico City. 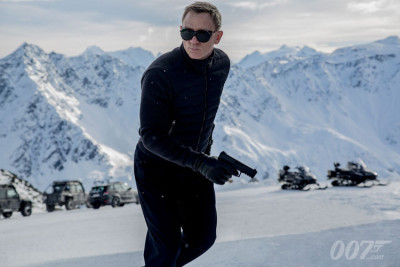 This sequel of sorts really kicks into gear when an enigmatic message from Bond’s past puts him on a dangerous trail of a mysterious and deadly organization. Meanwhile, M deals with government forces that want to effectively castrate the secret service.  Bond finally unravels the onionskin layers that hide the unthinkable truth behind SPECTRE.  Make no mistake, the longish film (2 hours and 30 minutes) has all the eye-popping and expected action — thrillingly suspenseful set pieces to be sure — but the lesser plot, though certainly tense, is a tad too fantastical, even for a Bond movie. 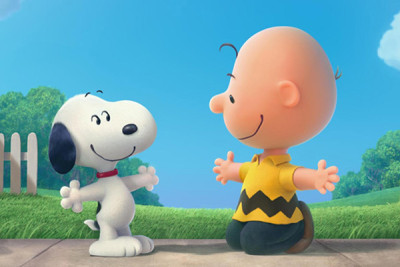 I’m sure a lot of thought went into considerations of just how the Peanuts gang should look in a computer animated 3D movie. A lot was at stake. Should it be photorealistic and über life-like as was done in Steven Spielberg’s extraordinary comic-adapted 3D TIN-TIN movie? Or should it reflect the minimalist squiggly art of creator Charles Schulz?

Well, the creative powers shaping Charles Schulz’s beloved strip into film managed a near miraculous achievement that preserves the look, sound and feel of Schulz’s now iconic comic and also the classic holiday TV animations (the latter in 2D of course).  And the voices — done by real kids – is another coup! Especially the perfectly matched voice acting of 10 year-old Noah Schnapp who does a Charlie Brown the way we remember him from the TV specials.

Charlie Brown, Snoopy, Linus, Lucy, Schroeder and the rest of the gang are all here, making their first appearance on the big theater screen since 1969’s A BOY NAMED CHARLIE BROWN. The simple plot has Charlie going on an epic quest (no spoilers here) and co-star Snoopy taking to the air to battle his archenemy, the Red Baron! Yes, it’s just what we want and more.

Steve Martino — he directed the superior HORTON HEARS A WHO! (1968) — directs the sweetly nostalgic screenplay credited to Charles Schulz, son Craig Schulz, grandson Bryan Schulz (along with Cornelius Uliano). Somehow, they maintained the tone of the vintage strip that began in 1947 when Charles Schulz created a comic strip called L’il Folks for the St. Paul Pioneer Press. It bombed. 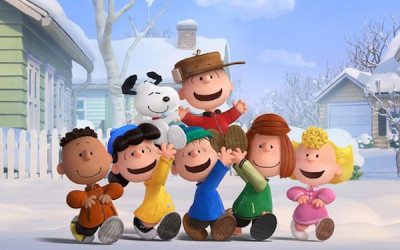 In 1950 Schulz compiled his failed strips and United Features Syndicate changed its name to Peanuts. Schulz drew and wrote every single comic panel until he passed away. The last strip was published on February 13, 2000. The day after Schulz died.

The sweet memories several generations have of the pint-sized but oddly adult kids are not betrayed in this entertaining and hugely satisfying family film. And, perhaps of equal importance, kids seeing the Peanuts gang for the first time will not be disappointed.  The state of the art 3D computer animation is from the same team behind ICE AGE, and it’s not too much. 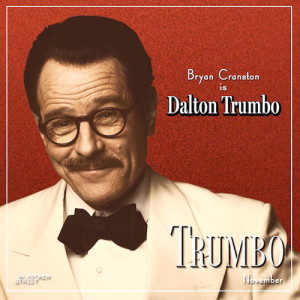 I enjoyed this film more than anything I’ve seen in the last few months. Previously reviewed in last week’s CVW, this timely, true drama deserves mention again; not only for the increasingly relevant subject matter but also for Bryan Cranston’s wonderful portrayal of Dalton Trumbo. The brilliant blacklisted screenwriter and outspoken anti-war activist was a victim of a wave of paranoia that swept across America fueled by the “red scare” and the politics of fear mongering. The movie continues at Cinemas Palme d’Or. Enjoy it before the Academy nominations.

Read my conversation with Mr. Cranston elsewhere in this issue. 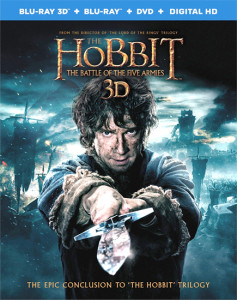 THE HOBBIT – THE BATTLE OF THE FIVE ARMIES 3D (EXTENDED EDITION)

No one does home video like Peter Jackson. His extended edition of the previously released final chapter of the Hobbit saga – actually a rather slight book by J.R.R. Tolkien – is a truly massive movie epic and a fully-loaded five-disc package.  The feature film has an additional 20 minutes that further flesh out the already rich details to this concluding chapter in the self-designated trilogy of the adventure of Bilbo Baggins (Martin Freeman), Thorin Oakenshield and the Company of the Dwarves of Erebor who have reclaimed the vast wealth of their homeland but now face the consequences of having unleashed the terrifying Dragon Smaug upon the defenseless residents of Lake-town.

As he succumbs to dragon-sickness, Thorin Oakenshield, the King Under the Mountain, sacrifices friendship and honor in search of the legendary Arkenstone. Bilbo can’t help Thorin see reason and makes a desperate choice as an ancient enemy returns to Middle-Earth – Dark Lord Sauron sends forth legions of Orcs to attack the Lonely Mountain. Darkness converges on the growing conflict. The races of Dwarves, Elves and Men must unite or be destroyed. Bilbo fights for his life and that of his friends as five great armies go to an all out war!

I’m not a big fan of 3D, but in this case the immersive, somewhat surreal aspect of the enhanced visuals add much to the experience, especially on a big HD monitor.  This is state of the art home video in every way and it is breathtaking.

The bonus features include a terrific commentary with director/writer/producer Jackson and co-producer/writer Philippa Boyens as well as “The Appendices,” an engaging, multi-part documentary that focuses on various facets of the film’s production including the groundbreaking digital effects.