Local CV theater managers have predicted their venues will be open for business by the end of the month.   Check this page for updates.

Exactly what this means to the film fan remains unclear.   Theater managers have yet to respond to my calls and emails.  What feature films are scheduled to b shown and what precautions will be taken for the safety of customers?

Will all seats in all theaters be reserved in advance?  And will actual seating be spaced according to state and CDC guidelines?

In an informal survey among friends and fellow movie buffs, it is clear that the majority of moviegoers do NOT feel safe in a crowded theater even when or if customers are wearing masks.

In the meantime, we have adjusted well to our private home theaters – many with large hi-res LED screens and superior sound.

Here then are three titles that might be worth a look while you are debating whether or not to step outside and attend a big screen event.  By far the most anticipated film is Tenet, Christopher Nolan’s big budget ($200 M) mind-bending sci-fi thriller.

How many have you seen?  All are available for purchase online as a physical disc or file. 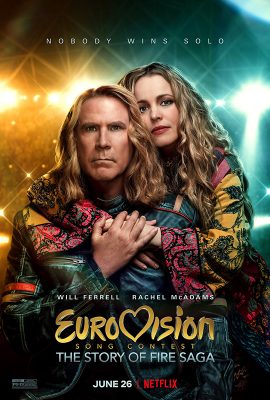 Surprisingly made in cooperation with Eurovision, it’s that rare work that both mocks and honors (I think) its subject.

Admittedly, there’s a pinch of infectious charm to some of what works about Eurovision not unlike the international competition itself.

More tribute than parody, this over-produced amalgam of buffoonery, slapstick and cheese is a gaseous soufflé of mediocrity.  Rachel McAdams is adorable and appears to be an accomplished vocalist in places.   Netflix 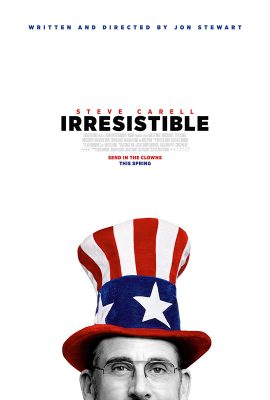 Writer-director Jon Stewart’s lightweight comedy about what happens when a small Wisconsin town becomes the main attraction in this satire — or is it a parody? — of our crazy, unpredictable and volatile political circus.  Hard to tell.  There’s not really anything new here.  One might assume this comedy is a jab at the current administration.  It is not.

After the Democrat’s top strategist Gary Zimmer (Steve Carell) sees a video of a retired Marine Colonel Jack Hastings (Chris Cooper) standing up for the rights of his town’s undocumented workers, Gary believes he has found the key to winning back the Heartland. However, when the Republicans counter him by sending in his brilliant nemesis Faith (Rose Byrne), what started out as a local race quickly becomes an out-of-control and sometimes hilarious fight for the soul of America.  Amazon prime.

I’LL BE GONE IN THE DARK 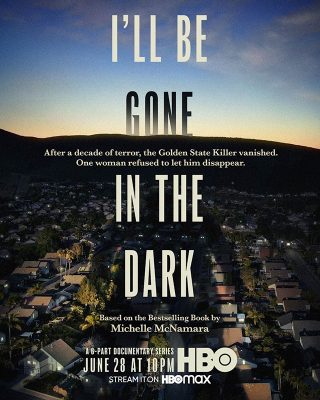 Based on the current bestseller of the same name, this incredibly gripping film explores writer Michelle McNamara’s obsessive investigation into the dark and highly disturbing world of a violent predator she dubbed the Golden State Killer.

Terrorizing California in the 1970s and ’80s, the Golden State Killer was responsible for at least 50 home-invasion rapes and 12 murders.

The main thing about this series is that it gives voice to the survivors and their families, during an era when sex crimes were often dismissed or hidden in shame.

This timely inquiry into our macabre preoccupation with true crime is at heart a cautionary tale of the deadly allure of addiction.

One is the unrelenting path of a mysterious killer and the other is a look at the fierce determination of one woman to bring the case to light.  This extraordinary documentary series is highly recommended.  HBO