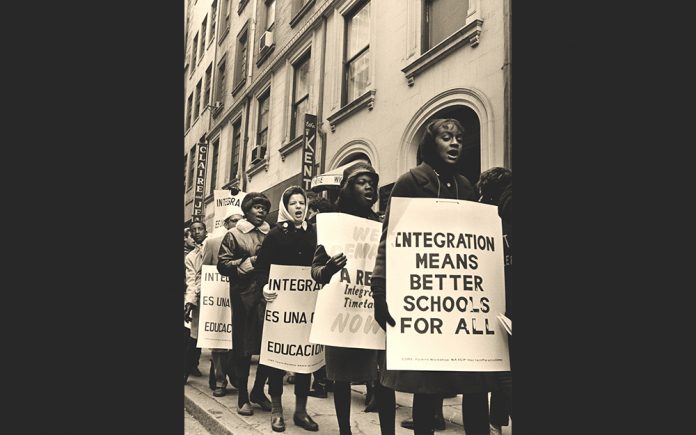 When I hear people use the phrase ‘Black Lives Matter’ I agree wholeheartedly and think to myself that ‘All Lives Matter’ as well.  Abuse of power or position should not happen in any manner toward anyone.  Treating people differently because of their skin color, sexual orientation or other differentiator should have no place in society.

It was then suggested to me that I might be looking at this through the lens of accidental privilege.  By growing up white in an average American suburban community, I was never exposed to some of the inequities that others experienced as a daily part of their life.  While I learned of racial disharmony while at university in Boston in the Eighties, I was simply not aware of the different treatment that others might be receiving because they were not white.  When I started working, it became clear to me that family status, connections and university alma mater often mattered more than capability.  I saw privilege in action where many did not have to work as hard as me to gain entrance to this small fraternity.

If you are like I was and do not fully understand the issue, think of it like this – all lives matter just as all cancers should be eradicated.  When we recognize and raise money for breast cancer every October, you do not hear people shouting down breast cancer supporters with chants that all cancers matter.

There are unique problems facing black Americans that need our focus and better understanding as a country. 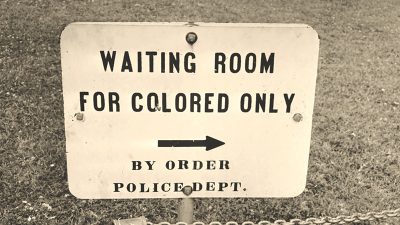 If America was functioning as its best, you would seldom see the police.  People would be gainfully employed, and crime would be low.  An active police presence is simply an indicator that we have failed as a society in availing a hopeful future and economic opportunity to a large group of our neighbors.

I would hope that you agree with me when I state that most people in law enforcement are exceptional people who risk their lives for our benefit.  For that, we should be humbled and thankful.  In any job or part of life, there will be bad folks.

The challenge confronting law enforcement is like that facing Major League Baseball players.  As a reminder, the last two World Series Champions, the Houston Astros and Boston Red Sox, were caught for illegal sign stealing.  In each case, the rank and file has such a strong brotherhood meaning that they look out for each other through thick and thin.  When a bad actor is discovered, both groups have a tendency toward protecting the accused.  The ‘nobody likes a snitch’ mentality of these brotherhoods, are what allows a cancer to grow and create an ever-widening disconnection between peace officers and the people whom they protect.  As independent video has repeatedly shown us, cover-ups of abusive acts have weakened the relationship between the citizenry and its peace officers.

For many peace officers here in California, lax sentencing efforts have demoralized many in the rank and file.  Crimes under $700 are rarely prosecuted while convicted felons often serve minimal time relative to the crime committed.  With bail set at zero in the state during the pandemic, many of the illegal/undocumented bad actors simply walk out of jail to disappear into the populace where many continue in their criminal ways.  With probable cuts in city budgets on the horizon, law enforcement like many others will be asked to do more with less further demoralizing our embattled protectors.

While there is no solution on the horizon, as a community we need to begin building a framework from which thoughtful solutions can be developed.

Any solution must start at addressing the vast opportunity gaps facing at-risk youth. Educational opportunities need to be availed to anyone looking to change their lives through higher education.  Active community outreach needs to establish programs to help the disadvantaged in changing their lives for the better.

In closing, one of the most demoralizing aspects of the riots was the emergence of a class of American loosely labelled as the Antifa.  These ‘anti-fascists’ were responsible for helping to break windows and throw Molotov cocktails along with countless other actions that helped expand the chaos to over more than 100 cities.  These folks are actively connected to the Democratic party just as neo-fascists are connected to the Republican party.

Whether you are a Democrat or Republican, the thought that some looking for our votes in November could be fanning the flames of dissent should be highly troubling to all of us.