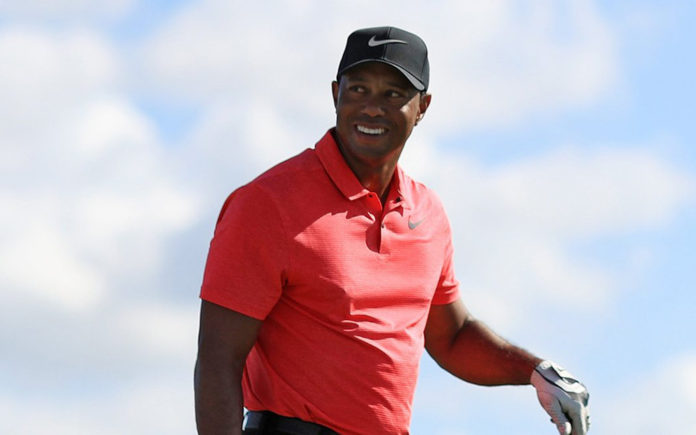 He is about to turn 42 and has been playing high-level tournament golf for more than 30 years. He’s hit thousands upon thousands of golf balls, and though he competes in a noncontact sport, even Tiger Woods concedes that “there are certain areas of my body that are just worn out.”

It was here a year ago at Albany Golf Club that a similar return unfolded, only to be derailed just a few months later with Woods withdrawing from a tournament in the Middle East. A fourth back surgery ensued, and here we are again. Yet there is immense anticipation and more interest in an otherwise meaningless offseason event than there ever would be if Woods were not playing.

Last year’s tournament produced television ratings on Golf Channel that were 190 percent higher than the previous year’s first round. It was the most-watched opening round of any tournament on the network since The Open. Similar gains were reported on NBC over that weekend, even though Woods drifted out of contention.

And fans were breathless when Woods — who had spinal fusion surgery in April and could not take full swings for six months — posted a video in October and November of himself hitting full shots, his return going better than expected.

The reality is, however, stark: More than two years have passed since Woods posted a top-10, more than four years since he celebrated his last victory and going on 10 years since he last held up a major championship trophy.

In the meantime, a talented, eager and younger group of players has emerged. Jordan Spieth has won three majors since the first of Woods’ back surgeries and Rory McIlroy two (and four overall). Justin Thomas won six times in 2017 including a major championship. Long-hitting Dustin Johnson won the 2016 U.S. Open and is a solid No. 1 in the world (and the only player who has won more times than Woods since 2009). Brooks Koepka won this year’s U.S. Open, and even Woods’ old nemesis Sergio Garcia — who is four years younger — won the Masters.

“It’s just to see him,” said Sean Foley, one of Woods’ former instructors. “Why do so many people go watch Jack Nicklaus and Gary Player hit one ball off the tee at Augusta? I do it every year. It’s just because it’s a part of history and so incredible to see.”

Woods is less likely to make history these days, his recent career having been a tattered mess of injuries, withdrawals, chip yips, stage fright and comebacks dating to his first back surgery in 2014. Since then, Woods has played just 19 worldwide tournaments. He’s had a single top-10. The last time he played a competitive round, it was a 77 with no birdies in Dubai, almost 10 months ago to the day. And yet, when Woods is healthy, it is still a sight to behold, a sound to be heard, when he strikes a golf ball.

It’s the same reason that when Michael Jordan came back to play basketball. Albeit for the Washington Wizards in the ladder part of his career. When you’re one of the greatest of all time to play your sport and just do things that people can’t and haven’t done before it brings along a huge fan base.

Woods might have endured years of lackluster golf, but his name still packs a powerful punch. He remains among the top endorsers in the game, representing the likes of Nike, TaylorMade, Bridgestone, Hero, Rolex, Monster Energy and Kowa, and his golf course design business is beginning to get traction, with several courses in the works.

Even without playing, Woods ranked fourth on Golf Digest’s annual list of the top-paid players in the game, with more than $36 million in off-the-course earnings, according to the magazine. He trailed only Spieth, the late Arnold Palmer and Phil Mickelson. He was ranked third a year ago and topped the list for years.

Woods still ranks as the 10th-most-popular athlete worldwide according to Forbes, behind only two other Americans — LeBron James and Mickelson. Using a formula that combined endorsements, social media following and internet search popularity. For most of the early 2000s, Woods ranked with Jordan at the top of the “Q Score,” which rates popularity and marketing appeal. In 2008, Forbes ranked Woods No. 2 on its annual Celebrity 100 list, based on fame and money. Only Oprah Winfrey was higher.