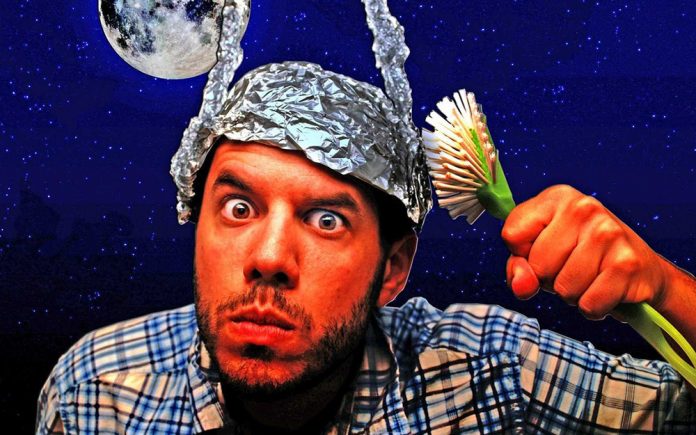 With the growth in popularity of social media services and a growing distrust in the truthfulness of the media, often outrageous conspiracy theories are increasingly believed by large portions of the world.  When queried as to the reasons behind this explosion in acceptance of alternate realities to the one that we live in, Bryan Caplan, the author of The Myth of the Rational Voter: Why Democracies Choose Bad Policies says that this phenomenon has grown as “The people who most overestimate themselves are the people who know the least.”

The Christmas suicide bombing in Nashville, Tennessee by Anthony Q. Warner is a clear result of the damage caused by the failure to control fake news.  In his case, he appeared to believe in the conspiracy theory that the rapid rollout of 5G was spreading the virus via your Smartphone.  The Cornell Alliance for Science, a non-profit funded by Bill Gates, tells us that this is impossible as 5G is a series of waves or photons while a virus is composed of proteins and acids.  This conspiracy theory is a variant for the tin foil hat people who believe that electromagnetic radiation is brainwashing us.  These theories are domestically originated and fanned by Russia.

Conspiracy theorists do not trust Gates or Cornell University as they believe that Bill Gates is leading a plot to use vaccines as a way to track and control the world’s population.

This conspiracy goes like this: Five years ago, Bill Gates had a TED talk where he warned of future pandemics.  This lecture was done following the Ebola outbreak as Gates is a leading force in vaccinations for the world’s poor.  QAnon, right winger conspiracists and anti-vaxxers spread a myth that these vaccines are used to put microchips into people that will track them and begin to control these folks.

A widely believed conspiracy here in the United States is that the COVID outbreak was an intentional biological attack by China.  Nearly 30% of Americans believe that China intentionally released the virus in response to President Trump’s tough talk and actions toward China.  The super spreader of this theory was Senator Cotton, a Republican from Arkansas, following reports that he read in the Washington Examiner.  The possibility that the virus came from the Wuhan Institute of Virology was realistic enough that Shi Zhengli, a noted virologist who is also an expert on SARS, studied her review of the genetic sequencing on bat viruses.  Her findings were that COVID did not match any of the samples that she and her team had collected or studied.  Since its publication, the Washington Examiner has corrected its story and stated that the article was ‘probably false’. Worth noting, Epoch Times, another U.S. news outlet that spread this story domestically has ties to Falun Gong, a persecuted religious cult in China that was one of the early spreaders of this conspiracy theory.

Alex Jones of InfoWars states that the virus does not actually exist and is a plot by the global elite to take away our freedoms.  Jones and his parrots also state that the virus is a creation of the ‘deep state’ of which Dr. Anthony Fauci is a secret member.  Another version Alex Jones pushes is that Big Pharma is pushing lies about the virus to enrich themselves.

President Trump has probably been the biggest super spreader of fake news.  Amongst his fact-free tweets, he posted a story by QAnon that the US Centers for Disease Control and Prevention (CDC) had admitted that only 6% of COVID deaths are actually due to other causes.  Bob Anderson, the head of mortality statistics at the CDC refutes this and states that “92% of COVID deaths that mention COVID-19” is the underlying cause of death.  While people may have had other conditions like diabetes or a heart condition, these health issues would not cause the death of these folks.

One of the most widely held conspiracy theories at present is that the Deep State worked across parties to rig the 2020 elections against President Trump.  Whether it was 2016 or 2020, Trump has consistently claimed of massive voter fraud.  Despite Tweets, speeches and dozens of lawsuits, he and his legal team have never used the word ‘fraud’ in any legal complaints.  Logic tells us that someone unwilling or unable to provide proof in court under penalty of perjury. A fact-based analysis of his claims holds no credibility as proven repeatedly at all levels of government and the judicial system.  Looking strictly at the Georgia election, both Democrats and Republicans have stated repeatedly that claims that the voting machines changed votes or adjusted totals is “provably false”, a position supporter by Trump’s Department of Justice and other federal agencies.  A $1.3 billion lawsuit by one of the voting machine companies against Trump’s sometimes attorney Sidney Powell is another example that Powell most likely engaged in fact free statements.  Amongst other claims in Georgia that 66,248 underaged votes were counted, an election audit found four votes.  Claims that 2,056 felons voted found that up to 74 votes were cast by felons.  Claims that 1,043 people voted from P.O. boxes were found wrong as those votes were from apartments or multi-family households.  Similarly claims that 2,423 unregistered voters voted were also proven false.  Georgia did find 395 double votes by people (in person and by mail in ballot).

Conspiracy theories like any virus change and mutate over time.  Like any other virus, we need to stay on guard against infection and speak up against those who look to advance these fake ideas for their own gain.

Haddon Libby is the Founder and Managing Partner of Winslow Drake Investment Management and can be reached by non-conspiracists at www.WinslowDrake.com.  Conspiracists are encouraged to visit www.DonJr.com, their local psychiatrist or psychologist depending on the depth of their convictions.