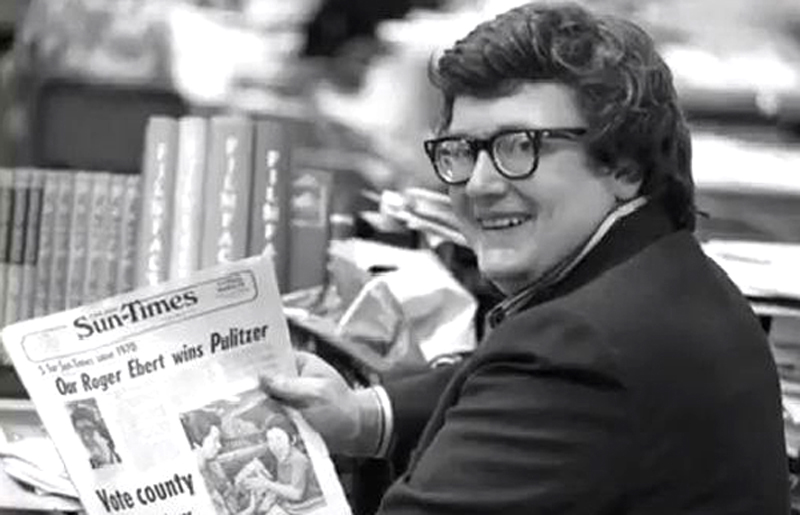 Director Steven James (HOOP DREAMS) has fashioned a heartfelt and absorbing portrait of the most famous and accessible pop movie critic of our time – the late Roger Ebert. But this upbeat tribute is much more than a look at Ebert’s critical movie legacy; it is a cinematic portrait of the man as philosopher. It’s also about a man who bravely combats his mortality with notions of joy and hope that can be extracted from the movies and mainlined into one’s heart and soul and shared. Ebert was – and still is in many ways — among the more influential of our social and cultural voices. He was an authentic fan of movies for sure, but his criticism had a moral imperative laced between the words and sentences. And sometimes overtly stated, especially regarding movies he hated..

Executive produced by Martin Scorsese, LIFE ITSELF reflects Ebert’s private life as was challenged by his terminal cancer’s resulting facial deformation and loss of speech as he continued the work for which he believed he was put on this planet. This truly inspiring film is often unexpectedly funny and always entertaining. It’s hard to imagine this would not generate a “Thumbs Up”© from the Pulitzer Prize winning author who copyrighted the phrase and symbol.

There is inspiration galore to be gleaned about living in the moment and doing what you love. How fitting that Ebert’s epitaph is a movie. After all, movies are our most common shared experience. It’s how we define life with an ever-shifting narrative. Recommended. Now playing at Cinemas Palme d’Or. 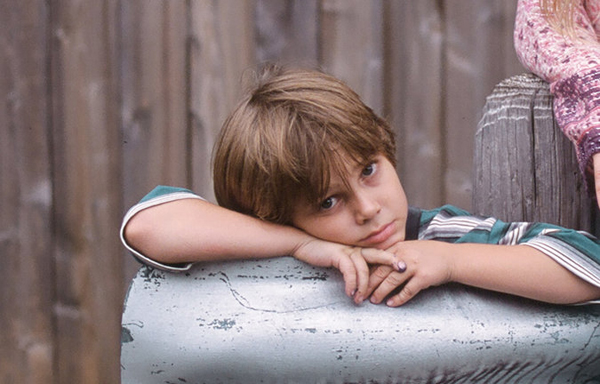 Filmed over a period of 12 years, director Richard Linklater’s ambitious, technically adroit, and truly epic (nearly three hours long) fictional movie is nothing less than an intimate look at the human condition. One human in particular. I can think of no other film that comes closer to capturing a more authentic coming-of-age story than this one does. We see life through the eyes of Mason (Ellar Coltrane) while he ages from six to 18.

Ethan Hawke and Patricia Arquette are Mason’s parents and the director’s daughter Lorelei plays Mason’s sister Samantha. The good and bad moments of childhood and adolescence 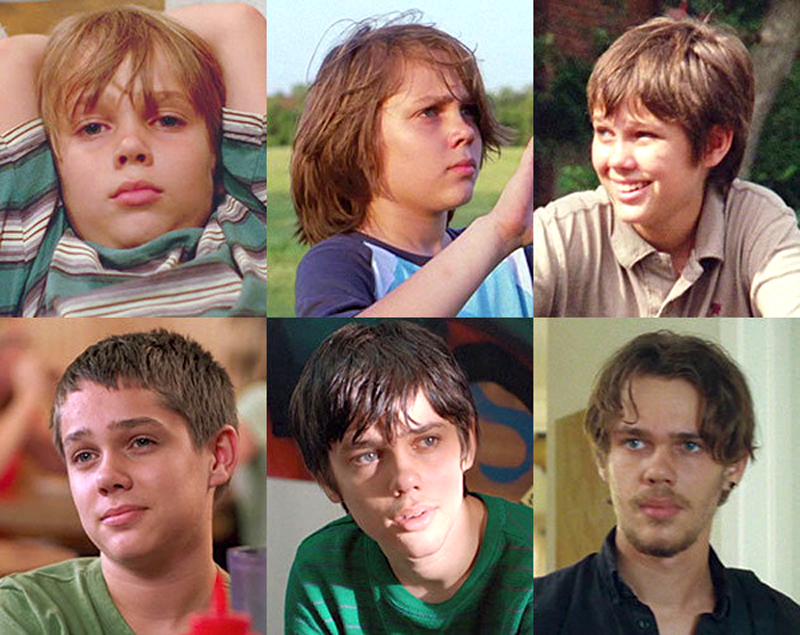 flit by like a pages from a scrapbook of memories. As a viewer, one easily recalls private recollections that are triggered by the movie experience. These private and on-screen scenes, both nostalgic and poignant, become something more with the excellent soundtrack that includes Coldplay’s “Yellow” and Arcade Fire’s “Deep Blue.” At times, I was transported with a fleeting sense of another world where time can be managed, memories can be shared and there’s a universal connection in the ephemeral things that make us human — and mortal. This beautiful film is not to be missed. I loved watching the physical changes as Mason matured before our eyes. I felt the pain as his childhood faded away and was filled with hope as the young man emerged as if out of childhood’s cocoon. Recommended. Now playing at Cinemas Palme d’Or. 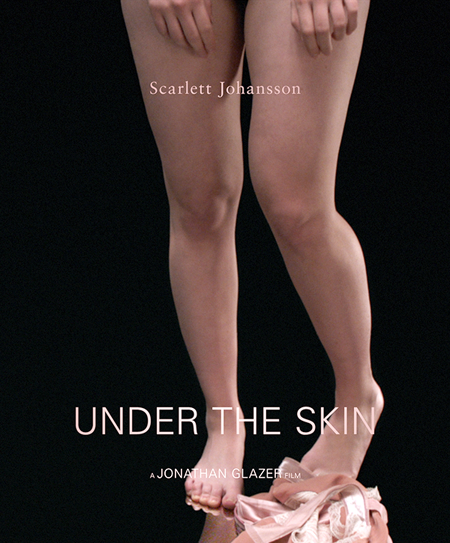 I can think of no other film in recent memory that has received such divided, impassioned reviews. I am not sure what this visually stunning film means (if anything), but I was blown away by the almost out-of-body, hypnotic experience that transports the viewer to another place – maybe another universe.

Scarlett Johansson is an alien who appears as a voluptuous woman who forages for isolated, disconnected men in Scotland. She lures them into her nest and rips away their last, tenuous, vestiges of humanity. Or I think that’s what’s going on. In any case, Johansson is a potent force with which to reckon, perhaps impossible to deny -– if you’re a human male. In some ways, this film I reminded me a bit of Wim Vender’s 1987 film WINGS OF DESIRE in which an angle considers the mortal lure of humanity. 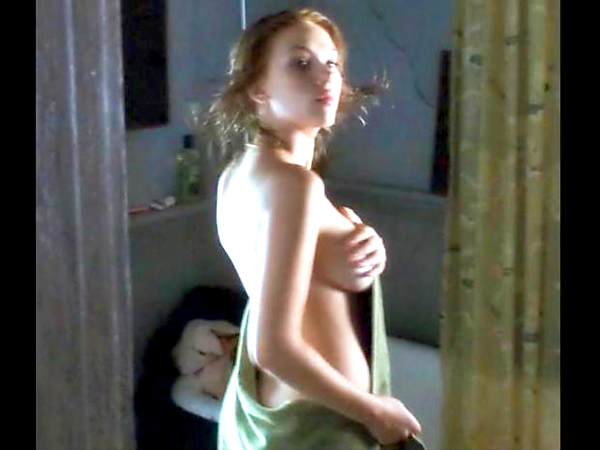 Based on Michael Faber’s strange novel, the story may be about what it means to be human but here we are forced to consider this question from a decidedly alien perspective. I liked the enigmatic ending of what happens when one dons human skin and forsakes one’s original identity — if that in fact is what this is all about. However, I was as mesmerized by Jonathan Glazer’s film and its hypnotic images — the incredible cinematography’s by Daniel Landin — as I was by Johansson’s striking and rather brave (full nudity), hugely memorable, performance. Recommended. Lionsgate. Blu-ray. 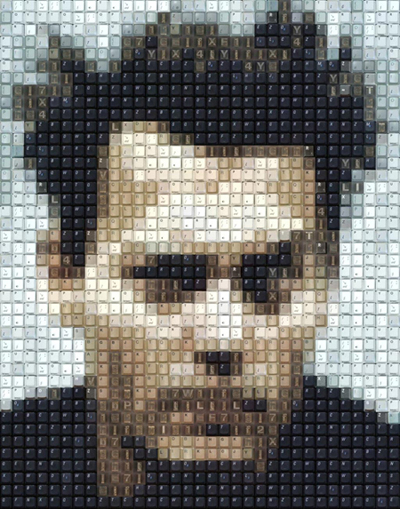 Christopher Nolan’s ace cinematographer Wally Pfister makes his directorial debut with this stylish, sci-fi thriller that has a disturbing and provocative theme. Johnny Depp, surprisingly not in white face make-up, is Dr. Will Caster, the world’s leading expert not just on Artificial Intelligence (A.I.), but in the linking of bio-neural networks to artificial ones. In other words, his goal is uploading a human brain (his own) into the interlaced “intelligence” of our wired world and it’s millions of computer-assisted databases and networks. What happens when a human mind jacks into all known info? Rebecca Hall is Depp’s wife Evelyn and Paul Bettany is Max Waters, his best friend. And yes, they are emotionally vested and very concerned about Depp’s incarnation into the cyber world. Is Depp’s thirst for knowledge, power and a God-like omnipresence a bad thing? Could it be good for humanity? Is there any way to stop him? What about the anti-technology extremists who call themselves neo-Luddites? Or is it already too late for containment? Morgan Freeman and Kate Mara co-star in this uneven but provocative suspenser that challenges us with a “what if” question that seems not only frighteningly possible but eventually inevitable. Is this the Singularity we are racing towards? Is this the Beast of Revelation? Warner Home Video. Blu-ray.