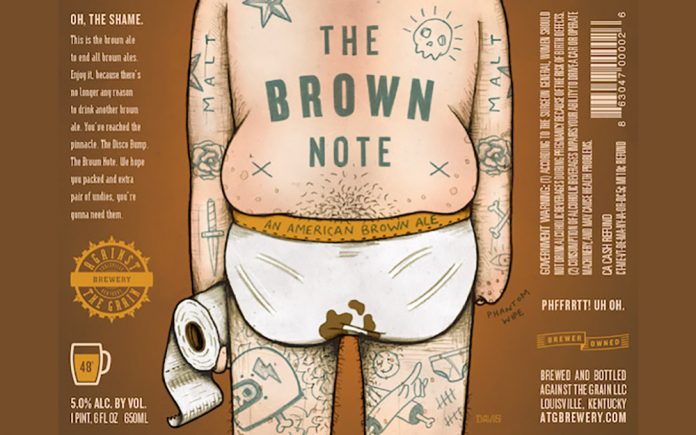 Last week, North Carolina’s Sycamore Brewing Company got into a little bit of hot water when shoppers noticed the risqué design incorporated into the cans of the brewery’s Winter Ale. Named Christmas Cookie, the label was designed to look like an ugly sweater, but on examination, the recurring pattern across the design was reindeer engaged in all manner of sexual acts. Christmas Cookie was covered in a reindeer-sutra of sexually adventurous ungulates, and to the surprise of no one, people were offended.

Offending people in 2019 might be the laziest hobby ever because it’s so easy to do. People just want to get the big-mad about things. Recreational outrage has been around for a while now, but it’s really hit its peak in the last few years. So, it’s no wonder that by choice or on purpose, breweries with risqué ideas get people talking. Like the saying goes, there’s no such thing as bad press, or so the shameless like to tell themselves. We touched on a few last week, so here is the rest of my top 10 inappropriate, tone deaf, and just plain bad beer names.

The brown note is a hypothetical infrasonic frequency that would cause humans to lose control of their bowels due to resonance. Supposedly, attempts to prove its existence have failed, but that didn’t stop one brewery from slapping a portrait of a poop painted man-panty on a can of brown ale, and calling it perfect. Yes, The Brown Note made a splash (pun intended) when it debuted a few years ago, dividing the community between people who found the scatologically themed artwork to be a gas, and those who found the whole thing to be just…shitty.

Back in the depths of the PMRC loving, Dungeons and Dragons hating 1980’s, Ozzy Osbourne was sued by a family claiming that his song, “Suicide Solution” led to the death of their depressed son, who killed himself after hearing the track. The UK’s Portman Group (a consumer watchdog campaign designed to suck the fun out of drinking) is echoing shades of the old Ozzy lawsuit by accusing the Bearded Brewery’s Suicyder of being “reckless and dangerous in the extreme”, by having label artwork featuring the titular name as well as a human skull, a noose, and the words “juice from the noose” featured prominently. The Portman Group argues that since men aged 25-34 are the highest-risk group for suicide, targeting that demography with a suicide-themed cider is “clearly irresponsible (with a) clear association between their cider and the dangerous act of suicide”. 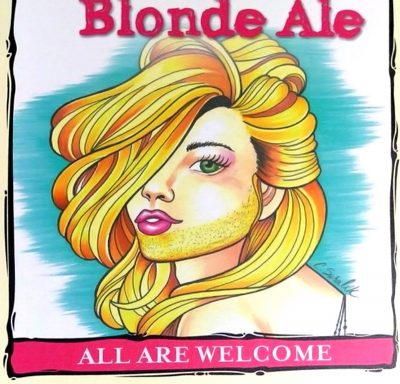 With a tagline that simply reads “All are welcome. Cheers to inclusivity!”, and artwork that features an illustration of an attractive, albeit beard-stubbled blonde woman, this product is aiming for a positive message while clearly exploiting the transgender community. A high-alcohol blonde ale brewed with apples and pears has nothing to with any marginalized group, unless I’m missing some obscure fact like transgendered individuals just really like apples and pears or something. If you’re going to be exploitative, then own it guys. Don’t hide behind a veil of inclusivity. It’s an obvious, transparent, and boring attempt at mild controversy, and that’s really the most offensive thing about this beer.

Ho. Lee. Dogshit. Just, wow. You know how I was just saying that Mill Whistle should just own being exploitative? Welp, Beersmiths is clearly owning this one, unapologetically putting “retarded quotes” taken from social media on every bottle. According to the brewery’s press, the point is to raise awareness of the asinine things celebrities say by framing them as inspirational quotes. One bottle bares the quote, “I think that gay marriage should be between a man and a woman,” which is an actual quote by Arnold Schwarzenegger. The bottle artwork displays a handicapped person in a wheelchair next to the quote.  I mean, I see what they’re doing, and I get the irony. But wow, guys. I mean, oof! 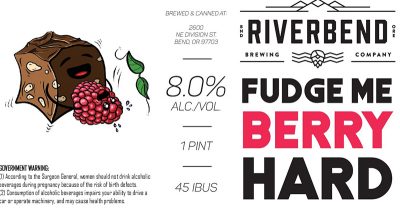 While the name itself will either elicit a chuckle or a stroke-inducing eye roll depending on who you are, the real clincher for this beer comes from the rejected, concept artwork that Riverbend Brewing displayed on their social media. Guys, it’s a block of fudge vigorously having sex with a raspberry; cartoon motion lines and beads of sweat flying off them. Not gonna lie, I love it, but it was deemed to be offensive (who would have guessed that one?) and the label was pulled. After issuing an apology, the beer was released with very benign and forgettable label art, but thanks to the internet, we’ll always know what could have been.

The brewery promoted its hazy, peach IPA with a poem on the businesses Facebook page. The poem read,

“Wet and ready right in front of you, a ripe and juicy peach, and you know you could taste it all if you had the balls to reach. Take it roughly in your hand and tear away the seal, lap the liquid lustily while devouring your last meal. Press the face towards the opening as you drink the goodness in, tilt your head back just a little now it’s dripping down your chin. So good it must be heaven as you shed one single tear get your mind out of the gutter boys it’s just a can of beer.”

In a move that no one could have possibly seen coming (note my extreme sarcasm), the company was forced to change the name of the beer just hours after that little ditty was made public. Black Hops issued an immediate apology, stating, “As a new business, it’s been a lesson for us. We’ve taken the post down and also taken the decision not to sell the beer under this name.”