Beginning today, comic book aficionados and fanatics will gather in San Diego for Comic-Con International to celebrate the world that all things comicdom entails and inspires. Among the comic geniuses will be Jack Mendelsohn, artist and author of Jacky’s Diary (IDW Publishing, 192 pages) a hardcover, colorful compilation of the original Sunday strip in its entirety.

You may not be familiar with Mendelsohn’s name or Jacky’s Diary, but I guarantee he has made you laugh. His career spans 70 years with credits that include DC Comics, MAD Magazine, Laugh-In, The Carol Burnett Show, Yellow Submarine and Teenage Mutant Turtles to name just a few.

Jacky’s Diary was a Sunday cartoon originally published and globally syndicated in over 65 papers from 1959 to 1961. It still has a cult following today. With child-like illustrations, Jacky’s Diary features a curious boy as he explores and misconstrues the crazy world he experiences. The simple drawings and subversive bits are a perfect combination of form and function.

Recently, I had the good fortunate to talk with Mendelsohn at his Palm Springs home.

CVW: How much of your personality is in “Jacky”?

JM: It’s a lot of me. When other kids wanted to be firemen or cowboys, I wanted to draw funny pictures. I liked to make my friends laugh and I never diverged from that path.

CVW: What was the idea behind Jacky’s Diary?

JM: The idea was the skewed point of view of a kid who misunderstands his adventures whether in school, or a picnic with his parents or a day at the beach. In his innocence, it’s his misinterpretation of what’s going on around him and there in lies the humor.

I thought there was clever wordplay and double meanings of unconscious truths that the kid stumbled on without realizing what he was saying. It worked on all kinds of levels. I knew it would appeal to kids and kids would respond to the simple drawing style, but it was really written for adults. Every day I get people who say how much they enjoyed it. That’s really nice.

CVW: Do you have a favorite diary entry?

JM: Oh yeah, I got a lot of favorites. I sure do. I’m proud of the history of delivering the U.S. mail. I thought that was particularly clever. It was from caveman times to the present. I like the image of a caveman lugging big rocks around. There was a two-parter about ancient Greece. I like the Christmas where Jacky got presents for his family. And there’s the one when Jacky went with his mother for her driving test. It doesn’t sound very funny just saying it. You have to see the strip.

CVW: Do you consider yourself a cartoonist or writer first?

JM: I was a cartoonist first, but I didn’t have what most cartoonists had. In the beginning, I couldn’t compare to the professionalism of some of those guys. I guess I didn’t have the inherent skill of drawing. I’d work on one drawing for days, polishing it and polishing it. Where as writing came very fast to me. I discovered that a lot of very talented cartoonists were ill at ease when it came to the writing, so they turned to me and I would write for them.

CVW: You wrote the movie Yellow Submarine. Did you get to meet the Beatles?

JM: No. They gave me the opportunity to go to England, but I declined because I was busy working on the script. I took a leave of absence from Hanna Barbera to work on Yellow Submarine.

I was sent drawing samples of the characters and an outline of the plot. Of course all the songs came from “Sgt. Pepper’s Lonely Hearts Club Band.” I had done the Beatles’ short cartoons (for television) before, so I was familiar with writing a story based on their songs. I’d take a song, visualize it and build a story. It was a lot of fun, but a lot of work. I did more than half of the series. The four-minute cartoons became the number one show on Saturday mornings.

CVW: What are you working on now?

JM: I’m writing a book called Being Funny for Money. It’s a back stage look at show business over my 70 years in the industry. Funny stories from my experience working in animation, TV, movies of the week, features films and variety shows. They’re all very entertaining stories and quite revealing.

I finished a semi-autobiographical book called Montezuma’s Revenge about my six years in Mexico. The publisher is thinking of making it into a graphic novel. And I wrote the incredible true story of Pat Morita: The Dark Side of a Star. It’s with an agent now.

CVW: What makes you laugh?

JM: My cat. That’s why we call him Harpo. He has orange fur and he’s silent. My wife makes me laugh. Jerry Seinfeld, Larry David, Mel Brooks… Sid Caesar was brilliant. I’ve got a lot of favorites.

In fact, Mendelsohn’s has made his career writing for American favorites. Jacky’s Diary is a beautifully rendered coffee table book. Its oversized, glossy pages make the reading a delight whether starting at the beginning of the strip or just browsing for a quick laugh.

Even more impressive is the first 31 pages with a Forward by cartoonist Mort Walker age 90½ (Beetle Bailey) and a Backward by Mell Lazarus age 86 ½ (Mama). Both men are cartooning giants. Mendelsohn includes a brief history of his extensive career and the amazing and famous friends he met along the way. Certainly well-written, the pages are meticulously laid out with great vintage photos, illustrations and reproductions from the era.

You can meet Mendelsohn at Comic-Con. He will be signing his book at different venues on Friday, Saturday and Sunday. Friday evening, Mendelsohn will receive the Bill Finger Award (co-creator of DC’s Batman) for his excellence in Comic Book Writing. The Finger Award seeks out important cartoonists and writers who rarely received credit for their contributions. Throughout the weekend, Mendelsohn will participate in the IDW publishers show, the Animation Caucus, the National Cartoonists Society event and MAD magazine’s quick draw contest.

Recognized by his peers, Mendelsohn received the Writers Guild Animation Writing Award. At 87½, Mendelsohn continues to be creative. He has tickled our collective funny bone for generations and triggered millions of laughs. Jack Mendelsohn is a national treasure and a true wit. 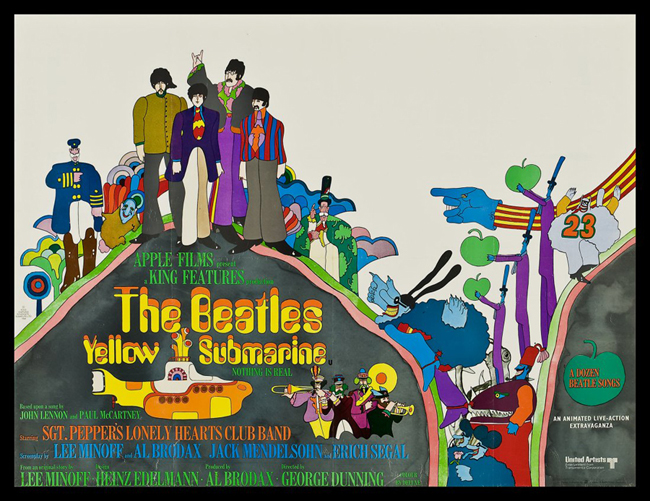