The most massive event in UFC history also had the largest purse payout in this sports History. Try not to compare this to “Money Mayweathers” payday. Remember when he defeated Pacquiao and the two fighters split $500 Million ($300 went to Money). UFC is still a baby. Less the 15 years young whereas Boxing can be dated back to the dinosaurs. UFC 200’s total purse paid out between 24 fighters was a whopping $7 Million.

A total of 14 of the 24 fighters on this past Saturday’s UFC 200 card took home disclosed six-figure salaries or more, and six took home at least a half-million.

Former heavyweight champion Brock Lesnar earned the top disclosed payout with a whopping $2.5 million for his unanimous decision win over Mark Hunt in the co-main event. Hunt took home $700,000. Neither fighter was scheduled to get a win bonus.

In the main event, Amanda Nunes captured the women’s bantamweight title with a first-round submission of champ Miesha Tate. Tate made $500,000 in the loss, while Nunes cleared $100,000 for the upset. Like in the co-main, neither was contracted for a bonus with a win.

Daniel Cormier made $500,000 for his short-notice fight against Anderson Silva, who made $600,000 in the loss and would’ve pocketed another $200,000 had he upset the light heavyweight champ in the non-title fight. And by winning the interim featherweight title, Jose Aldo picked up $500,000 against Frankie Edgar, who made $190,000 for his five rounds of work, even though he came up short against aldo again. Former heavyweight champ Cain Velasquez got $300,000 for his first-round TKO of Travis Browne, who made $120,000.

The payroll for the five fights on the main card alone was $5.41 million – or nearly 80 percent of the total payroll for the entire card. On the preliminary card, four fighters made north of $100,000, including Sage Northcutt, who got $100,000 for his decision win over Enrique Marin, who made $13,000.

The total disclosed payroll for the event reached nearly $7 million at $6,979,000, believed to be the highest combined disclosed payday in UFC history.

And in other news – This week marks the 145th British Open. 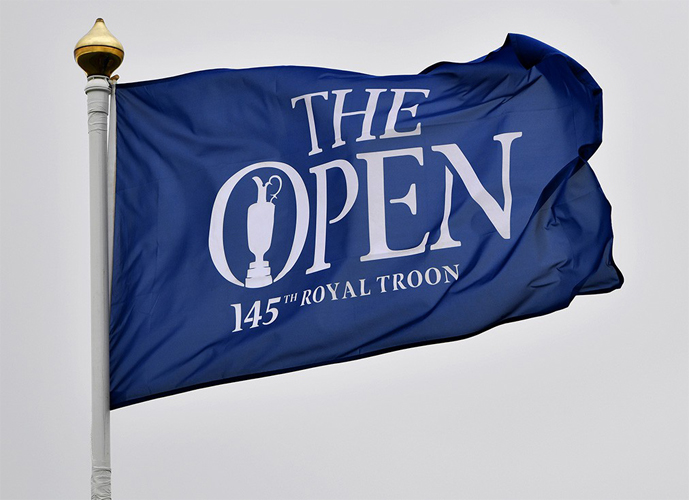 Set your alarms early (Coverage begins at 1:30am Thursday & Friday) as this event always holds the golf world captive in July.
The field is full of favorites and notables. Below is where I see the week ending up.

Projected champion: Lee Westwood. Five top-15 finishes in his last six worldwide starts. The sixth start? He was T-32 at the U.S. Open, where he held the lead before falling back late. He’s playing some of the best golf of his career and is still chasing his first major title. Would be a great story.

Also like: Shane Lowry, Chris Wood and Andy Sullivan. Lowry, of course, let the U.S. Open slip away, but will thrive in the conditions expected at Royal Troon. I can see Wood becoming a trendy pick this week, so I’d take a look at him while the odds are still good. Sullivan figures to win a Claret Jug at some point, why not this year?

Sleeper: Alex Noren. Has been battling injuries the last few years and had to withdraw from last year’s British Open during a span where he missed nearly 20 weeks of action. He’s healthy now and the talent is definitely there. Four top-12 finishes in last seven worldwide starts for the World No. 99.

Fade: Phil Mickelson. Yes, he was third here in 2004, but that was 2004. Mickelson has missed his last two major cuts and hasn’t won since winning the Claret Jug three years ago. I’m not saying Lefty can’t have a good week, but I don’t see him justifying the price you’ll pay for him at the books, and I don’t think the odds are enticing enough to take a chance on him.