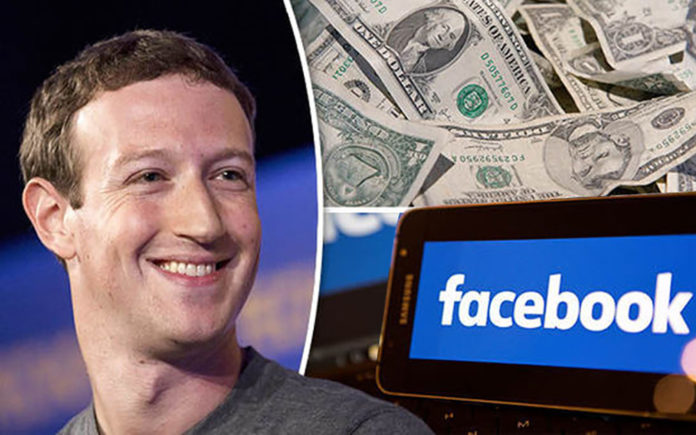 Last week, Fortune Magazine released its annual list of the 400 richest people in the world. It is no surprise that the wealthiest people continued to be Bill Gates, founder of Microsoft; Jeff Bezos, founder of Amazon, and; the sage of Omaha, Warren Buffett.

Let’s take a look at the fourteen wealthiest people to make the Forbes 400 list who are under 40 years of age:

First up is Mark Zuckerberg, 33, founder of Facebook with a net worth of $71 billion. Zuckerberg’s net worth is greater than the other thirteen under-40 billionaires combined.  Forbes also ranks Zuckerberg as one of the ten most powerful people in the world.  He and his wife, Priscilla Chan, plan on giving away at least $45 billion of their net worth over their lifetimes.  Their focus in charitable giving is in “advancing human potential and promoting equality.”

The youngest and wealthiest inheritor on the Forbes 400 list is Lucas Walton, 31, with a net worth of $13.2 billion.  Lucas is the grandson of Sam Walton, founder of Wal-Mart.  He spends most of his time in Jackson Hole, Wyoming and has a bachelor’s in Environmentally Sustainable Business from Colorado College.

Scott Duncan, 35, is fourth on the list with an inherited net worth of $5.5 billion.  He gained his fortune upon the death of his father, Dan Duncan, co-founder of Enterprise Products.  Enterprise Products is an oil and gas pipeline company based in Texas.

Fifth on the list is another young inheritor, Colombian Andres Domingo, 39, who is worth $4.8 billion.  Andres father, Julio, was one of the largest shareholders in SABMiller which is now known as Anheuser Busch InBev.

The three entrepreneurs responsible for AirBnB share sixth place on the list with net worths of $3.8 billion each – Nathan Blecharczyk, 36, Brian Chesky, 36, and Joe Gebbia, 34.

The newest addition to the list is Chicagoan Rishi Shah, 31, founder of Outcome Health. Following the Initial Public Offering of his company in May, his net worth was $3.6 billion. Outcome Health market’s drugs to doctors through video screens installed in doctor offices.  His net worth can be expected to drop significantly next year following a Wall Street Journal report that Outcome Health had been misstating its numbers in order to overcharge pharmaceutical companies.

Coming in tenth is Robert Pera, 39, founder of Ubiquiti Networks, a communications technology company.  Pera attended UC-San Diego and received degrees in Electrical Engineering and Japanese.  While working at Apple, he discovered ways to boost WiFi coverage in underserved areas.  As Apple was not interested in the idea, in 2005 Pera with only $30,000 in cash and credit card debt founded Ubiquiti.  Today Pera is worth $3.2 billion and owns the Memphis Grizzlies of the National Basketball Association.

Snapchat co-founders Bobby Murphy, 29, and Even Spiegel, 27, are both worth $3.1 billion following the Initial Public Offering of their company.  Both live in Venice, California.

Rounding out the list is co-founder of Napster and Plaxo, Sean Parker, 37, at $2.6 billion and the older brother of Andres Domingo, Julio Domingo III, 32, worth $3.2 billion.

To be included in the Fortune 400 list, one’s net worth must be at least $2 billion.  As a group, the 400 richest people have a combined net worth of $2.7 trillion, up 12.5% from last year.  To put that number into perspective, if these 400 people were to give their net worth away to every man, woman and child in California, each Californian would receive approximately $63,000.

Haddon Libby is an Investment Advisor and Managing Partner at Winslow Drake Investment Management and can be reached at 760.449.6349 or by email at HLibby@WinslowDrake.com.