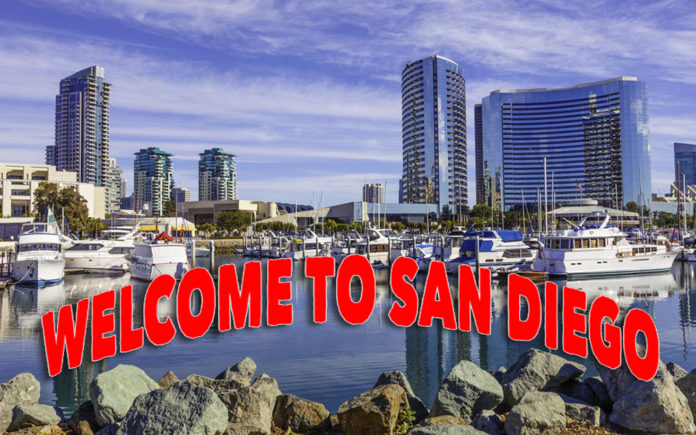 Here in the Coachella Valley, tourism generates more than $5.5 billion annually for the local economy.  On average, that works out to more than $100 million a week or more than $200 per day for each full time resident.

While this may be our high season for temperatures instead of tourists, it is also the time when many of us have made plans to beat the summer heat if only for a few days.

While our season for tourism is limited due to our toasty summer temperatures, other places are more inviting year round.  US News and World Report recently sought to rank the best places to vacation in the United States.  The rankings took into account unbiased reviews by tourism experts as well as online independent reviewers.

Of the 25 cited cities, more than half were in the West, two-thirds if we include Hawaii.

The closest destination to the Coachella Valley came in at 11th on the list – San Diego.  It is easy to understand why this city without a good nickname like Lala Land or the City by the Bay is a tourism favorite.  In addition to some of the best weather in the United States, its beautiful beaches, Gaslamp District and countless family activities including a zoo and aquarium make San Diego a city that has a little something for everyone.  When visiting, a trip to Richard Walker’s Pancake House is a must.

Atop the US News list is a beautiful but rather one dimensional experience: Yellowstone National Park and Old Faithful.  Without much nightlife, one had better be interested in nature for this to rank atop your list.

Maui comes in second and seems like a more natural choice for the top spot.  With its amazing beaches and vistas, scenic drives, hikes and exceptional food, Maui has something for everyone.

The Grand Canyon ranked third.  If we package the scenic majesty of the Grand Canyon with the decadent fun of Las Vegas as many travelers are prone to do, this makes for a solid vacation choice that is within driving distance to the Coachella Valley.

Yosemite is fourth due to in part to its proximity to San Francisco (which ranks sixth).  A trip to Northern California is certainly one of the best nearby options this summer for desert residents.  Whether you are looking for culture, nature or exceptional food, San Francisco has something for everyone (except possibly hardcore MAGA fans).

The town that never sleeps is fifth – New York City.  The sheer cost of a trip to the Big Apple should put this lower on the list.  There is no doubt that NYC is one of the great cities in the world with something for everyone and then some.

Washington DC is seventh on the list for its rich history, museums and siting’s of Democrats and Republicans eating and drinking together.

Like Maui, Honolulu is an idyllic vacation for most and eighth on the US News ranking.

Like DC, Boston is ranked ninth for its rich history and wicked big fans of the Sox and Tommy.  Local clams and lobsters are amongst the best in the world each summer.

Lake Tahoe somehow came in tenth despite the existence of other places like Sedona, Seattle, Miami, Denver, Monterey and an exceptionally hot spot like Palm Springs.  Okay, I can see why we were left off but somewhere like Portland (Maine or Oregon, it doesn’t matter although if might be worth noting that Maine is known as Vacationland) deserve a place before Lake Tahoe.

Looking around the world, US News ranked Paris, the City of Light, as the top vacation destination with its Eiffel Tower, Champs-Élysées, Louvre, amazing food and rich culture.

Second on their global list was Yellowstone National Park.

I wonder…these US News guys must be into bears.