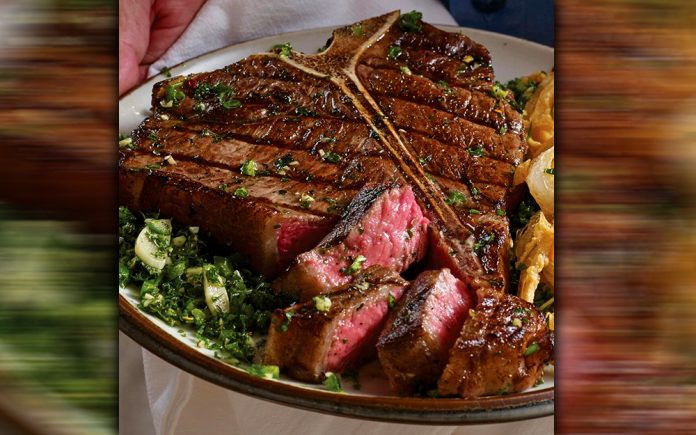 In past weeks we have discussed beer at length along with the stories it may tell. We discussed the interplay between beer and food and the many ways of expressing those combinations. With Riverside County now solidly in the Orange Tier as of April 7th, it was time to venture forth.

Perhaps I’d forgotten the pre-pandemic pecking order for finding both great food and great beer in tandem, or it could be that I just wanted dinner out with a friend and a really great steak. Either way, it was quickly discovered on Saturday morning that most of the upper echelon dining establishments in the area were booked tighter than spandex on a Russian weight lifter. Working down the list of dining options, reservations were finally obtained at a very well-known steak house with locations dotting the United States.

Indoor dining won’t be taken for granted by too many folks following the year-plus of Covid restrictions and I will admit to being a wee bit giddy as we made our way to the host station. We were then led to our booth and the dining festivities began. I came for the steak and was not about to be deterred, selecting a 24oz cut which was a favorite of my youth. My dinner companion selected a filet and we also opted for family style servings of Lobster Mac & Cheese as well as Potatoes Au Gratin.

Scanning the menu for beer to pair with the forthcoming festivities, it quickly became apparent that my trusty dinner sidekick (beer) simply wasn’t going to happen. Classic cocktails and wine still rule the day at these old-guard establishments and the miniscule beer selection was simply an afterthought. While I’ve known about this meager selection for many, many years, the thought of a pound and a half of prime, tender, aged beef cooked to perfection had me throwing caution to the wind.

Now, national chains will tell you that it’s just not in the cards to standardize a beer menu across the United States; something that was very true ten or fifteen years ago. Today’s beer world has now grown up in terms of distribution and it wouldn’t be hard at all to use flagship examples of brewers, both foreign and domestic, to bolster their fine dining experience as well as the bottom line of these top-end restaurants. 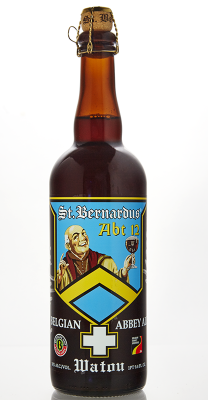 Starting with the main course of steak (I still smile every time I type that word), there are a couple different ways to go in terms of beer pairings. My preference would be to accentuate the char of the beef with a chalice of brew which is famous and readily available; Chimay Bleue or St. Bernardus Abt 12. These Belgian beers are easily obtained and exhibit an excellent shelf life ranging up to four years. The style is referred to as a Belgian Quadruple…although their friends simply refer to them as ‘Quads’. In the hierarchy of Trappist Beers (brewed by Monks at the Monastary), these rank at the very top in terms of their complexity (think stone fruit and caramel) as well as alcohol content. They are well-rounded and strike the perfect balance of bitter and sweet while having enough panache to counter some of the richest foods’ chefs can dish out.

Speaking of rich foods…that leads us to the Lobster Mac & Cheese. One thing for certain is that this wasn’t Mom’s mac and cheese. Our server explained that they utilize a three-cheese blend for the macaroni before adding in a very generous portion of butter-soaked lobster tail. The entire dish is baked, leaving a thin, perfectly glazed crust. Thinking again about a pairing option which is available nationwide, I’d definitely go with Brewery Ommegang Hennepin out of Cooperstown, New York. This Farmhouse Saison is artfully spiced with coriander, ginger, and orange peel to compliment the lobster while carrying a champagne-like effervescence which would effectively scrub the palate of butter…therefore making every bite seem better than the one preceding.

The dessert course was offered and our server was asked not to continue the verbal menu once she arrived at Crème Brûlèe. A matching pair were quickly ordered and arrived shortly thereafter. This was an amazing vanilla bean custard with an absolutely breathtaking perfect caramelized crust. While the dessert was outstanding, I couldn’t help but think about rounding it out with the raspberry-forward Lindemans Framboise Lambic. The zippy acidity of the beer would have provided the perfect contrast to the thick, creamy custard.

Alas, none of these pairings were about to happen that day and guess what?

The thrill of an indoor table, elaborate décor, and people-watching trumped the minor inconvenience of missing a couple of pairing options. Add to the mix outstanding company, riveting conversation and world-class beef and, in reality, I guess I really have absolutely nothing to beef about.

(When Ed Heethuis isn’t brewing at Spotlight 29 Casino for 29 Brews, you will find the Certified Cicerone® / Brewmaster out on his road bike, breeding Pygmy Elephants, or talking beer with the patrons at Taproom 29. He may be reached at: heethuis.ed@gmail.com or wherever beer may be found in the wild.)