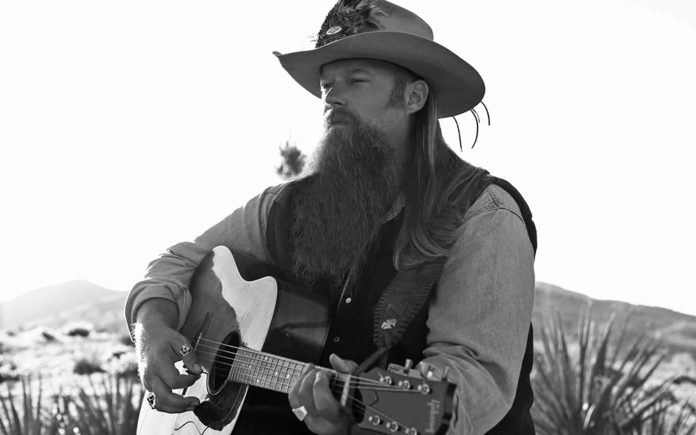 LA Weekly’s 2018 ‘Best Outlaw Country Artist’ Gethen Jenkins will be performing his solo acoustic show with support from the desert’s own Rick Shelley at the award-winning La Quinta Brewing Co. at 77917 Wildcat Drive in Palm Desert, California on Friday, December 7th from 7-9 p.m. Admission is FREE and KID FRIENDLY! CRAFT TACOS LIBRE will be cooking up some great food to pair with some of the best craft beer in Southern California. Then on Saturday 12/8, Jenkins and full band will be performing at Morongo Casino Resort & Spa along with The Charlie Daniels Band for the Morongo Sleigh Ride Toy Run. The event will feature food, bars, live music, vendors and a Harley Davidson motorcycle giveaway. In order to be eligible for the motorcycle you must donate a new, unwrapped toy worth a minimum of $15. Pre-sale tickets for the show are $30 and are available at morongocasinoresort.com through 12/7 or you can purchase at the door for $40 or $25 with a toy. Also performing are Steel Wool and Second Sight. All donations will benefit the J.J. Johnson Foundation, a nonprofit, 501(c)3 organization that provides domestic and international humanitarian aid in the form of housing, nutrition, clean water, medical assistance, education and job skill training.

Jenkins’ debut album, Western Gold, is in the works and will be out in the Spring/Summer of 2019. The record is produced by four-time Grammy Award winner Vance Powell (Chris Stapleton, Jack White, Willie Nelson) and the new single, “Bottle In My Hand,” is the essence of Honky Tonk music; heartbreak, heartache and coping the best way outlaws know how, with an 805 in your hand.

Coachella Valley Weekly spoke with Jenkins, who had just come off a sold-out show at Pappy & Harriet’s, and was speaking to us from a cave in Joshua Tree, (not kidding).

CVW: What can we expect from your performance at the La Quinta Brewing Co.?

JENKINS: “I’m gonna play some of my original stuff and I’m gonna sneak some covers in as well. I may hire a side man, guitar player to come with me.”

CVW: Tell us about your music.

JENKINS: “It’s from the heart, that’s for damn sure “

CVW: What’s your background and where are you living now?

JENKINS: “I’m from West Virginia. I was there for about eight years of my life and then moved to Alaska and lived in the Alaskan Bush in an Indian village. Then I joined the Marine Corps for eight years and I’ve been in California for twenty years now. I’m based out of Orange, California. It’s a very eclectic mix of people. You never know who you’re gonna run into and it’s centrally located in Southern California. I like it. I’ve been working writing songs and developing this music here for about ten years. It’s all been in California that’s why I’ve got a lot of songs influenced by the Cajon Pass and Bell Mountain which are features in California. I’m separated and I’ve got two awesome boys, 8 and 12 years old.”

CVW: What are your connections to the Coachella Valley and High Desert?

JENKINS: “I spent a few months, years ago at the 29 Palms Marine base. I’ve been playin’ Pappy and Harriet’s for about three years now and it’s been awesome! It’s a magical place. I think it’s like the 13th best musical venue in the world. They just don’t let anybody play in there, that’s what I like about it, there’s no junk mail there. You gotta be pretty damn legit.”

CVW: What does Honky Tonk music mean to you?

JENKINS: “It’s a music that I identify with. The way I was raised. I was raised where Bluegrass music comes from. Bluegrass, and Blues is where Honky Tonk comes from, so I’ve always identified and felt at home with Bluegrass music and Old Time Country like Hank Williams. The pedal steel is all emotion and there’s a lot emotion in the vocal as well. Honky Tonk music is how I express things I’ve got inside of me. It’s kind of where I found my home. It’s what I grew up listening to. I went through my Rock and Roll phase as a young kid, Grunge rock and all that and I always ended up coming back home. And that’s where I’m at now. I’m exactly where I belong and I feel very comfortable with Honky Tonk and Outlaw Country. That’s the kind of music that speaks to me.”

CVW: What’s the timeline on the release of your new music? 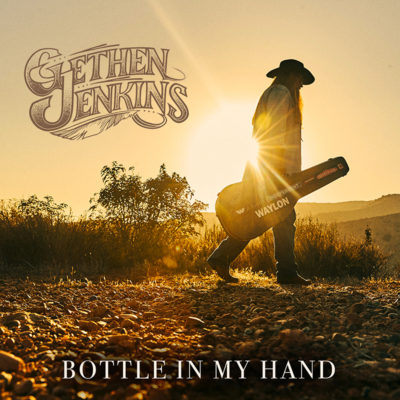 JENKINS: “We have an album we just completed in Nashville produced by Vance Powell. It’s 14 new tracks and I think we’re gonna split it in half and do a double album.  It’s gonna be on 5 Music Inc. the parent company is Sony Red. Once that goes out my plan is to get on the road and spread my music all over the world. That’s my goal, to share my music and start dragging my 5-piece band all over the place.”

CVW:  Honky Tonk is purposeful music filled with upbeat songs, a mid-tempo and a gently-swinging shuffle. Your music deals with so much more than just infidelity and drinking. What’s your songwriting process like?

JENKINS: “One thing I’ve learned is that there is no particular right or wrong formula to write a song. I think the most important thing you need to have when you write a song is honesty and truth. Some of them come fast, some of them come slow. Some of them I write by myself. The album actually pushed me to start co-writing with some other folks which is a completely different process than if you were just going to sit down and write something influenced by your life. I’ve learned a lot of new techniques but my favorite way to write a song is just a natural way of sitting down and it will come to me and I’ll just write about my own experiences. Those are the ones I connect with the most.”

CVW: What are your thoughts and feelings about the mass shootings at the Borderline Bar & Grill in Thousand Oaks this past November and the Route 91 Harvest Festival in Las Vegas last year?

JENKINS: “Our hearts and thoughts are with the families who lost loved ones. It’s hard to wrap your head and your heart around something like that. You can’t understand it. We have to just keep pushing forward, playing our music. I hate to say it, but stuff like this happens, not frequently, but fairly often. My fellow musician Wayne Mills was shot down in a Honky Tonk after a show in 2013. It’s tragic when that stuff happens.”

CVW: In the back of your mind do you give some kind of thought for the potential for those things to happen?

JENKINS: “I don’t think about it. I don’t think about the possibility of being killed while performing. I don’t live my life like that. I’ve been in a lot of dangerous situations and I should have been dead many many times. So I’m never gonna say I’m running scared or never feared anything but nothing’s gonna stop me from doing this and sharing my music with people. God forbid, if I get shot down on stage doing what I love, I’m gonna go out with my heart anyway so I’m gonna keep going no matter what. If something like that discourages an artist and they don’t want to do it anymore doesn’t that make you question your dedication or your conviction in your art.”

CVW: I appreciate your truthfulness. Music can heal and I think Country music in particular has a responsibility to itself and its fans.

JENKINS: “It’s a lot easier now to get your music out to people. It’s a lot easier to get on the radio than it used to back when you had to get in your car and drive around and give your records to every radio station. If you’re really passionate about being an artist or singer, you owe it your art and craft and the people that need to hear it to go after it. That’s just how I’m wired.”

Thank you to Gethen Jenkins for your service to our country and your continued commitment to your fellow Americans through your art.